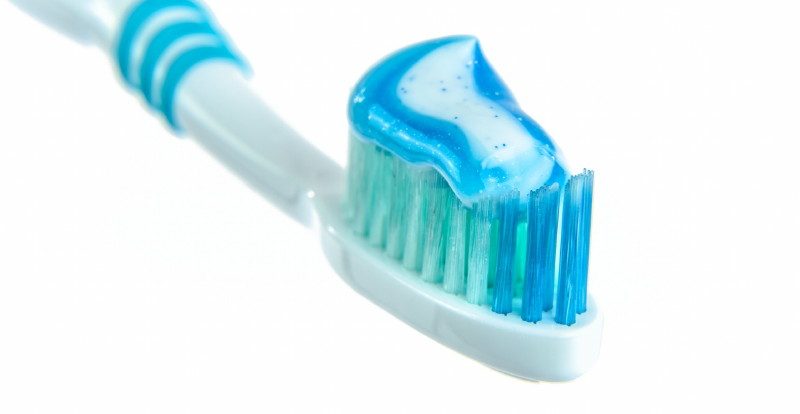 Fluoride is an element that occurs naturally in the environment, however it is also produced synthetically for use in toothpaste and mouthwashes. Due to a long history of corporate incentives and cherry-picked studies that dates back to the 50s, fluoride was approved to become an additive in American drinking  water “to promote strong teeth.” Approximately 300 studies, as evidenced below, demonstrate fluoride is a neurotoxin, linking fluoride exposures to reduced intelligence. Studies have also found associations with arthritis, cancer, cardiovascular disease, diabetes, endocrine disruption, gastrointestinal effects, and infertility. More recent studies have found a toxic synergy between fluoride and aluminum. From 2000 to 2004, 125 communities in 36 states adopted fluoridation of their municipal water supplies, however other cities, such as College Station, Texas and Watsonville, California, have overturned fluoridation mandates. Only about 2% of people receive artificially fluoridated water in Europe, with countries like the Netherlands and Italy rejecting the additive. Fluoridation is banned in China, due to cases of increased dental fluorosis from naturally occurring fluoride in their water supply.

The Fluoride Action Network (FAN) provides an excellent summary of the extensive research documenting that fluoride is a neurotoxin—over 300 studies to date, including 53 human studies linking fluoride exposures with reduced intelligence.

This landmark U.S.-government-funded study found that “higher prenatal fluoride exposure, in the general range of exposures reported for other general population samples of pregnant women and nonpregnant adults, was associated with lower scores on tests of cognitive function in the offspring at age 4 and 6–12 y.” According to Paul Connett, Director of the Fluoride Action Network (FAN), “There is no longer any doubt that fluoride gets into the brain and causes damage.” Connett also has stated, “We are shocked and dismayed that public health officials and the media aren’t informing pregnant women to limit their fluoride intake.”

Debate on fluoridation of drinking water reignited as new studies find fluoride is toxic to the developing brain.

Watch an enlightening conversation between legal luminaries Michael Connett and Robert F. Kennedy, Jr. , which highlights some of the more interesting twists and turns in this groundbreaking water fluoridation trial against the EPA.

The landmark federal trial pitting Fluoride Action Network (FAN) and others against the US EPA over water fluoridation came to a dramatic turning point Wednesday when, after both sides had completed their summary statements, the federal judge surprised everyone by recognizing the key plank in the plaintiffs’ case and undermining the key argument in the EPA’s case.

The fluoridation trial is going INCREDIBLY well. Our four main scientists, Phillippe Grandjean, Howard Hu, Bruce Lanphear and Kathleen Thiessen are knocking the ball out of the park. The score so far: Science 4, EPA 0.

In September 2019, the National Toxicology Program conducted a systematic review of the human, experimental animal, and mechanistic literature to evaluate the evidence and develop hazard conclusions about whether fluoride exposure is associated with neurodevelopmental and cognitive effects.

There is now no question that fluoride is neurotoxic, damaging the brain and central nervous system, as documented by hundreds of recent studies. It can not be declared safe.

A review of reports collected from close to 50,000 water companies and utilities nationwide found over 250 tap water contaminants and identified studies linking many of these chemicals to cancer; brain and nervous system damage; fetal toxicity; impaired fertility; and hormone disruption.

Six deans of U of Washington Health Sciences schools insisted fluoridation is a safe and effective public health measure “for people of all ages”, prompting a WA State Dept of Health FOI request for any peer reviewed studies to suggest that fluoride exposure during pregnancy is safe with respect to childhood IQ or ADHD. Thus far there are none.

More Evidence that Fluoride Lowers IQ: Will the CDC Keep Ignoring It?

In the United States and Canada, exposure to fluoride is widespread and comes primarily through ingestion of fluoridated water supplied by community water systems. Although some U.S. residents consume drinking water that is fluoride-free, the majority of Americans served by community utilities—an estimated 74%—receive water to which industrial fluoride compounds have been added.

Fluoridation is the addition of an industrial compound to the public drinking water for the purpose of altering the consumer’s oral health. Municipalities that add fluoride to their water supplies do so based on a “one dose fits all” approach.  This blanket approach fails to address the smaller size of infants and children and the larger proportions of water and other fluoridated beverages they drink.

The World-Wide Movement Against Water Fluoridation

In stark contrast to the Center for Disease Control’s claim that fluoridation is one of the top ten public health achievements of the 20th century, it is one of the most widely rejected health interventions in the world. Out of 196 nations, only 24 have any fluoridation, and only 10, like the U.S., for more […]

Warning: Don’t Swallow the Toothpaste … Even Though It Tastes Like Candy