Warning: Don’t Swallow The Toothpaste…Even Though it Tastes Like Candy 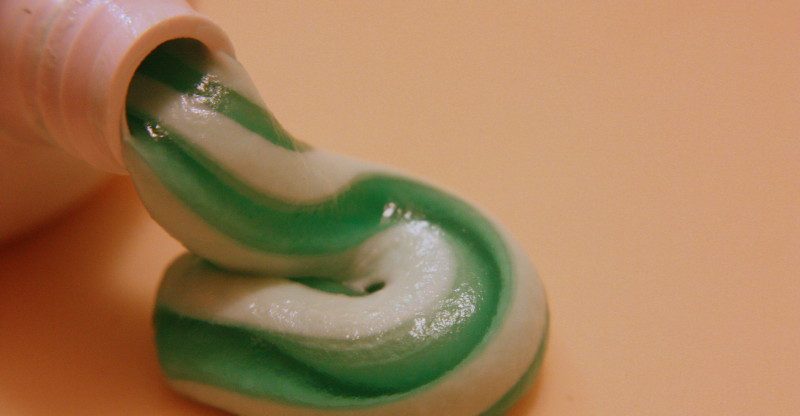 To complicate matters, concerns have also been raised about children’s use of toothpaste, much of which contains fluoride.  Earlier this year, the Centers for Disease Control and Prevention (CDC) and pediatricians both warned about children using too much toothpaste, resulting in ingestion of fluoride.

Risks of Fluoride to Children

Specific health risks to children from fluoride have been recognized and include bone cancer (osteosarcoma), IQ loss, attention-deficit/hyperactivity disorder (ADHD), and many other adverse outcomes. Exposure to excess fluoride in children is also known to result in dental fluorosis, which has been identified as a first sign of fluoride toxicity.

According to data from the Centers for Disease Control and Prevention (CDC) released in 2010, 41% of children aged 12-15 exhibit fluorosis to some degree.

Dental fluorosis can range from very mild to severe and is a condition in which the teeth enamel becomes irreversibly damaged and the teeth become permanently discolored, displaying a white or brown mottling pattern and forming brittle teeth that break and stain easily. According to data from the Centers for Disease Control and Prevention (CDC) released in 2010, 41% of children aged 12-15 exhibit fluorosis to some degree.

However, a new analysis of the most recently available government data found that 65% of American children now have some degree of dental fluorosis.  This data and more information are included in a March 2019 report published in the Journal of Dental Research – Clinical & Transactional Research.

Additionally, in extreme cases, fluoride toxicity from dental products can be fatal. For example, in 1974 a three-year old Brooklyn boy died due to a fluoride overdose from dental gel.  A reporter for the New York Times wrote of the incident: “According to a Nassau County toxicologist, Dr. Jesse Bidanset, William ingested 45 cubic centimeters of 2 percent stannous fluoride solution, triple an amount sufficient to have been fatal.”

Background on Fluoride in Toothpaste and Required Labeling

Fluoride was not widely used for any dental purposes prior to the mid-1940’s. In 1945, it was first used for artificial water fluoridation in spite of warnings about its potential hazards. Meanwhile, fluoridated toothpastes were introduced and their increase in the market occurred in the late 1960s and early 1970s. By the 1980s, the majority of commercially available toothpastes in industrialized countries contained fluoride. Other fluoridated dental products were likewise promoted for commercial use in recent decades.

Fluoride added to toothpaste can be in the form of sodium fluoride (NaF), sodium monofluorophosphate (Na2FPO3), stannous fluoride (tin fluoride, SnF2), or a variety of amines.  Toothpaste used at home generally contains between 850 to 1,500 ppm fluoride, while prophy paste used in the office during a dental cleaning generally contains 4,000 to 20,000 ppm fluoride. Brushing with fluoridated toothpaste has been reported to raise fluoride concentration in saliva by 100 to 1,000 times, with effects lasting one to two hours.

The U.S. FDA requires specific wording for the labeling of “anticaries drug products” sold over-the-counter, such as toothpaste and mouthwash, including strict warnings for children. The labeling is designated by the form of the product, as well as by the fluoride concentration.  Warnings also are divided by age groups (i.e. two years and older, under six, 12 years and older, etc.). Some warnings apply to all products, (with suggestions for bold copy and fill in the blanks) such as the following:

Dangers to Children from Toothpaste

A research article published in 2014 raised significant concerns about this labeling. The authors established that over 90% of the products they evaluated listed the FDA warning for use only by children over the age of two on the back of the tube of toothpaste and in small font.

Similar circumstances were reported about warnings from the American Dental Association (ADA).  The researchers documented that all of the toothpastes with approval or acceptance by the ADA placed the ADA warning (that children should use a pea-sized amount of toothpaste and be supervised by an adult to minimize swallowing) on the back of the tube in small font.

Misleading marketing strategies are regularly used in selling children’s toothpaste as if it is a food product, while warnings regarding overconsumption among youth are minimized.

Marketing strategies were further identified as promoting toothpaste as if it were a food product, with the researchers acknowledging this tactic could dangerously result in children swallowing the product. More specifically, the researchers stated:

“Aggressive marketing strategies targeting children were identified: every toothpaste in this sample displayed at least 1 children’s animated character, 50% had at least 1 picture of a food item, 92.3% stated they were flavored and 26.9% depicted a full swirl of toothpaste, directly contradicting dentist recommendations for young children…Misleading marketing strategies are regularly used in selling children’s toothpaste as if it is a food product, while warnings regarding overconsumption among youth are minimized.”

Indeed, research suggests that toothpaste significantly contributes to daily fluoride intake in children, partly due to swallowing toothpaste. Some research has even suggested that, due to swallowing, toothpaste can account for greater amounts of fluoride intake in children than water. In light of the significant fluoride exposures in children from toothpaste and other sources, researchers at the University of Illinois at Chicago explained that their findings raised “questions about the continued need for fluoridation in the U.S. municipal water supply.”

Silver diamine fluoride is now another fluoride dentifrice.  This is a relatively new dental procedure that was FDA approved in 2014 for treating tooth sensitivity, but not dental caries. Concerns have been raised about risks of silver diamine fluoride, which can permanently stain teeth black.

Reduce Fluoride Exposures for Your Children

Since fluoride is being added to all of these products, as well as the majority of American community water supplies and other consumer items, parents are tasked with the responsibility of overseeing their children’s fluoride intakes. Given the current levels of exposure, parents should reduce and work toward eliminating avoidable sources of fluoride, including water fluoridation, fluoride-containing dental materials, and other fluoridated products, as means to promote their children’s health and safety.

For more information, learn the Fluoride Facts from the International Academy of Oral Medicine and Toxicology (IAOMT). To read more specifically about fluoride and dental products, including references to scientific research, visit https://files.iaomt.org/wp-content/uploads/IAOMT-Comprehensive-Review-on-Fluoride-in-Dental-Products.pdf.

These writers co-authored the 2017 “International Academy of Oral Medicine and Toxicology (IAOMT) Position Paper against Fluoride Use in Water, Dental Materials, and Other Products for Dental and Medical Practitioners, Dental and Medical Students,Consumers, and Policy Makers.”

Amanda Just, MS:  Ms. Just is the Program Director of the International Academy of Oral Medicine and Toxicology (IAOMT). She is also a freelance writer and dental consumer who has shared her writings about the impact of toxic dental materials with the United Nations Environment Programme, the U.S. Department of State, the U.S. Food and Drug Administration (FDA), and various NGOs.

Griffin Cole, DDS, NMD: Dr. Cole is a Past President of the International Academy of Oral Medicine and Toxicology (IAOMT) and has been featured on numerous radio and television programs including World News Tonight with Diane Sawyer. He has been published in four several national peer-reviewed publications about restorative and cosmetic dentistry, and in 2013, he became the first dentist to be published in a peer-reviewed journal for his case study treatment of Bisphosphonate-Related Osteonecrosis of the Jaw utilizing ozone therapy for successful treatment of this disease. He lectures to health professionals on practice management and biological dentistry and is a clinical instructor at the American College of Integrative Medicine and Dentistry in New Jersey.