Welcome to The Defender

Today, we launch “The Defender,” which we hope will prove the death-dealing samizdat to today’s burgeoning corporate totalitarianism. 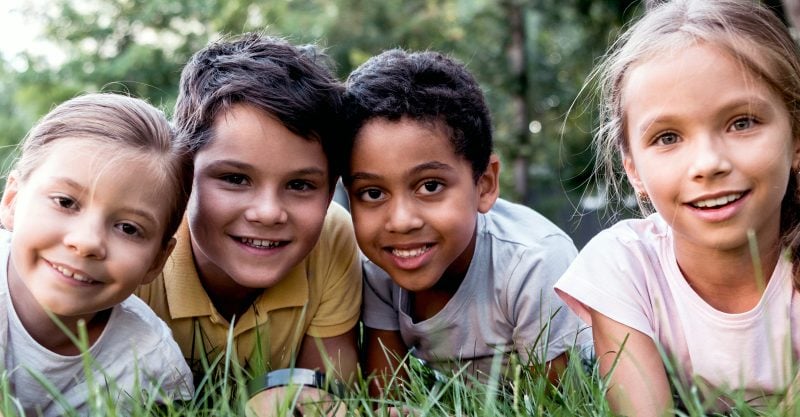 The unofficial system known as “samizdat” — the clandestine copying and distribution of literature banned by the Soviet State — planted the seeds that ultimately brought down communist dictatorship. Today, we launch “The Defender,” which we hope will prove to be the death-dealing samizdat to today’s burgeoning corporate totalitarianism.

Censorship is the leading threat to liberal democracy globally. Censorship is the civil rights incursion that allows the imposition of every other suppression of our rights and liberties. The censorship in service to corporate and authoritarian interests that now defines every corporate news and social media platform, imperils our ideals, our values, our democracy, our liberty and threatens to trample our humanity.

Children’s Health Defense is launching The Defender, an online news site to evade official censorship, to report fact-based news and sponsor the kind of honest debate that terrifies the new generation of corporate and government commissars. We mean The Defender to be the antidote to the corporate subversion of democracy. By keeping us uninformed, the plutocracy hopes we will remain sick, compliant, fragmented, disorganized and reliant on the chemical and pharmaceutical paradigms and government handouts. The Defender will feature information and commentary to shatter Big Tech’s dictatorial hold on discourse, conversation and debate in the public square and to break the cycle of government obedience.

The Defender’s mission is aligned with Children’s Health Defense’s battle to end childhood health epidemics by working aggressively to eliminate harmful exposures. Censorship has allowed polluting industries to keep our children swimming in a stew of toxic chemicals and afflicted with a plague of chronic diseases. The Defender aims to hold those responsible accountable, to expose the truth about their deadly and antidemocratic model, to establish safeguards to fortify democracy, nurture honest debate and protect the health of future generations.

The Defender explores the theme of small (children) vs. Big (Big Pharma, Big Tech, Big Energy, Big Food, Big Chemical). We monitor the systematic and purposeful subversion by these industries of our democracy, the capture of our regulatory agencies, and corruption of the scientific research arms of academic institutions and the media, including scientific journals, mainstream outlets, liberal blogs and social media. These institutions were once the vital infrastructure of democracy — and the barriers prior generations erected to stand between vulnerable children and greedy corporations.

The industry-government cartel has now effectively co-opted them all. Wealthy corporations use political clout to avoid accountability, to poison our bodies, our minds and our spirits without recourse and leave citizens without remedy. They use political control to subvert democracy, destroy transparency, escape the disciplines of the free market and capture the agencies that democratic governments created to protect their citizens from toxic exposure. The Defender will be the daily scourge of these industries as we wield truth to end corruption, restore democracy and protect human rights. We demand that the health and wellbeing of people take priority over corporate profits and political power.

We will — in short — make ourselves the Huffington Post of honest Pharma/Health/Toxins/Science journalism. We will hire top-shelf editorial and support staffers to create a respected, trusted, high-quality publication that has writers fighting to publish on our platform.

The Defender will cover many topics reflecting Children Health Defense’s organizational mission: vaccines, 5G, pesticides, fluoride, autism, chronic disease and censorship. We will add more top areas over time. We will aggregate the best stories in the global press, publishing summaries and excerpts linked to the original publications. Finally, The Defender will summarize and distill fact-backed relevant published peer-reviewed studies from the scientific and medical journals with our own commentary. The Defender will weaponize truth against authoritarianism by making high-level (and often obscure) scientific research available to and comprehensible by the public.

Finally, The Defender is a unique platform for frank, safe, civil, nonpartisan discussions of evidence-based science and medicine. We recognize that political partisanship is often the enemy of truth. We will therefore discourage, but not prohibit, partisan tribalism which we believe distracts from the search for common ground, and the noble striving for existential truths. The site will host spaces where writers of every viewpoint may safely and openly air frank, civil, science-based views that challenge government orthodoxies and industry orthodoxies.

A distinguishing feature of our journal will be a robust comment and discussion section in which readers may air supporting or contrary opinions. This section will require close curating to maintain an atmosphere of polite, gracious, genial and high- minded conversation devoid of political vitriol. In contrast to the Big Pharma, Big Carbon, Big Data cartels, and the media behemoths they fund and control, The Defender is not frightened of honest debate. The Defender will summon citizens of every political background back to the noble American tradition of exemplary journalism. The site will be a template for the American tradition of exemplary journalism — a civics lesson and model for restoring the free flow of information that fuels rational policymaking in functioning democracies.