Sen. Amy Klobuchar (D-Minn.) last week introduced a bill that would eliminate liability protections social media companies have under Section 230 of the 1996 Communications Decency Act, but critics and opponents alike say carving out exceptions is not the right solution. 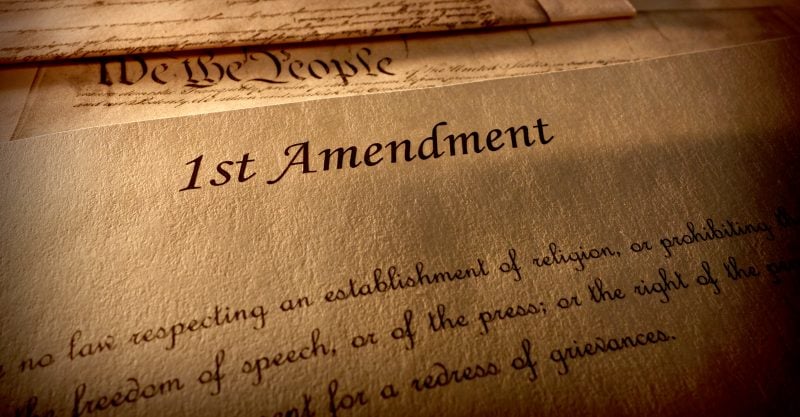 The latest to take aim at Section 230 is Sen. Amy Klobuchar (D-Minn.) who last week introduced a bill intended to crack down on the spread of so-called vaccine misinformation.

According to the Wall Street Journal, Klobuchar’s Health Misinformation Act of 2021  would strip social media giants “of their liability protections if their technologies spread misinformation related to public-health emergencies.”

If passed, the law would make it easier for social media giants to be sued for publishing information that causes Americans harm during events deemed public-health emergencies by the U.S. Department of Health and Human Services.

Klobuchar said in a statement:

“For far too long, online platforms have not done enough to protect the health of Americans. These are some of the biggest, richest companies in the world and they must do more to prevent the spread of deadly vaccine misinformation. The coronavirus pandemic has shown us how lethal misinformation can be and it is our responsibility to take action.”

The bill would not apply to posts by individual users, but instead would be used against social media giants that deploy algorithms that spread false information.

As The Washington Post reported, Klobuchar isn’t the first lawmaker to suggest carving a certain category of content out of Section 230.

“In 2018, Congress passed a bill removing Section 230 protections for companies aware of sex trafficking on their sites. Free speech advocates said it was a dangerous precedent that could snowball into the law, which many see as fundamental to maintaining a free and open Internet, being deconstructed completely.

“That hasn’t happened, though there have been many attempts in the past three years by other politicians. Soon after the sex-trafficking amendment passed, there was discussion in Congress about making a similar change related to opioids and other drugs being sold on social media sites like Instagram.”

Both President Biden and former President Donald Trump have pushed to reform Section 230.

Biden later recanted his remarks, saying he wasn’t accusing Facebook of killing people, but that he wants the social platform to “do something about the misinformation, the outrageous information about the vaccine.”

“CDA 230 also offers its legal shield to bloggers who act as intermediaries by hosting comments on their blogs. Under the law, bloggers are not liable for comments left by readers, the work of guest bloggers, tips sent via email, or information received through RSS feeds. This legal protection can still hold even if a blogger is aware of the objectionable content or makes editorial judgments.”

However, there is nothing to prevent a guest blogger, who is not shielded under Section 230, from posting under a fictitious name, allowing the author of the guest blog to avoid liability for the content he or she posts.

For example, Kennedy filed a petition in June with the Supreme Court of Westchester County to order Daily Kos to disclose the true name of “Downeast Dem” — a blogger, who Kennedy claimed defamed him on the Daily Kos platform last year.

Under Section 230, Daily Kos is immune from liability, however the guest blogger, “Downeast Dem,” is not.

Kennedy told The Defender that while “the pharmaceutical industry and its Big Tech allies have used Section 230” to attack and defame him, he still considers it a “practical platform for free speech.”

“I would not abolish it outright. I think the better fix is to abolish anonymity on those platforms, so that people would need to take responsibility for their posts and be accountable both reputationally and financially.

“I think that would moderate a lot of the poison and polarization on the internet because the capacity of individuals to post the most poisonous lies without accountability is one of the major reasons the internet has become such a negative force against civil discourse.”

Jeff Kosseff, a cybersecurity law professor at the U.S. Naval Academy, told the Washington Post it’s “highly unlikely” any big changes to the law would be approved by a court.

Kosseff, who authored a book on the history of Section 230, said the First Amendment protects social media companies’ right to moderate their platforms how they see fit.

“Not all solutions to what’s wrong with the Internet are going to come through Section 230,” Kosseff said. “There’s not any easy answers.”