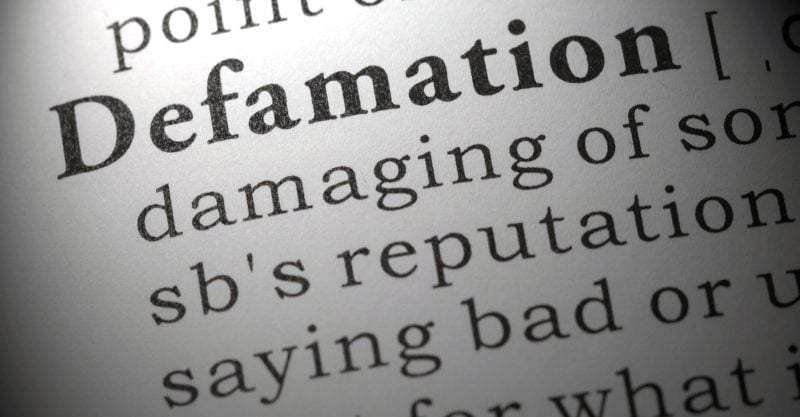 On Dec. 1, Children’s Health Defense’s lawyers filed an order to show cause in the Supreme Court of Westchester County, NY, against the online publication Daily Kos and its author who uses the pseudonym “Downeast Dem” for publishing defamatory statements.

The article purports to describe an Aug. 22 speech Kennedy delivered to more than 1 million people at the Rally for Peace and Freedom in Berlin organized by the German group Querdenken 711, or “Critical Thinking 711.” In particular, Daily Kos reported that “[t]he protest was organized by right-wing extremist organizations, including the AFD party and various anti-Semitic conspiracy groups as well as the neo-Nazi NPD party.”

The Querdenken movement is a broad-based, peaceful citizens’ movement for freedom, peace and human rights. It strongly opposes Nazism, anti-semitism and all forces of extremism. Among the speakers were doctors, lawyers, clergy of every persuasion, soldiers, police officers, parents, children, world-famous athletes, politicians from Germany’s Green Party, human rights activists and leaders of nonprofit organizations.

As usual, Querdenken took great pains to exclude extremists from the Berlin event. Those efforts were spectacularly successful. This complete absence of extremist influence is evident from the program, from all the footage publicly available on the Children’s Health Defense website, on Kennedy’s social media, and in the thousands of photos and videos of the event easily viewed on various platforms of the internet. Any respectable reporter who was interested in accuracy could easily check these sources.

Kennedy’s speech was a screed against Nazism. There was no evidence of Nazi iconography anywhere near the protest. The principal stage ornament was a giant mural of Mahatma Ghandi, who is hardly known as a Nazi hero.

The event’s Master of Ceremonies was a Black African born in Ghana. The musical performance included an Indian Hare Krishna monk. The banners were rainbows, peace signs, BLM insignias and the flags of every nation in Europe. The speakers and audience were racially and religiously diverse. The fact that the erroneous nature of Daily Kos’s inflammatory “fake news” was so easily discernible attests to the journal’s malicious intent. By tarring Kennedy with Nazism and anti-Semitism, Daily Kos was employing two of the three most damaging accusations that anyone can levy at a public figure.

The article’s claims were utterly false. Kennedy’s lawyer fired off a letter requesting retraction the day after publication.

Daily Kos has refused to retract the article. Daily Kos claims that it is immune against defamation suits under section 230 of the Communication Act which provides a legal shield. Children’s Health Defense has therefore filed court papers ordering Daily Kos to show cause why “Downeast Dem’s” identity and contact information should not be disclosed. Downeast Dem has no immunity.

The Westchester County judge will rule on the order to show cause in early January, 2021. Stay tuned.