“Herbicides: Chemistry, Efficacy, Toxicology and Environmental Impacts,” a new book by internationally recognized experts, sheds light on the human and environmental impacts from widely used herbicides and offers a potential antidote to the industry playbook downplaying their harm. 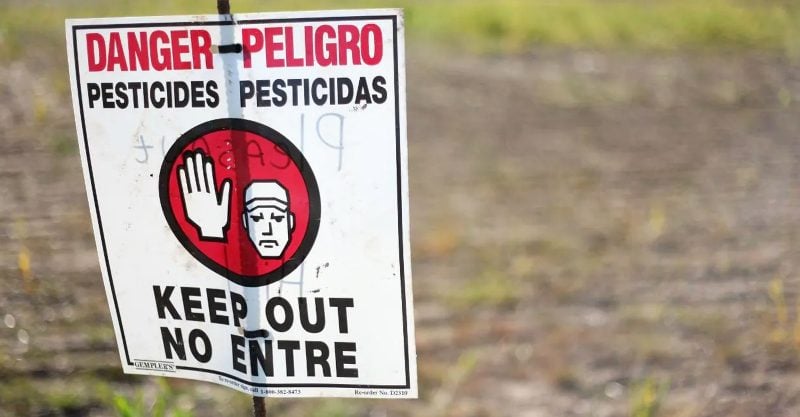 Editor’s note: This is an edited excerpt from the foreword to the new book, “Herbicides: Chemistry, Efficacy, Toxicology and Environmental Impacts.”

Despite Rachel Carson‘s epic warnings in Silent Spring, total pesticide use, including insecticides, herbicides, fungicides and other “cides,” around the globe has increased five-fold since she published the book in 1962.

The herbicidal properties of glyphosate, the active ingredient in Monsanto’s block-buster herbicide Roundup, were unknown to Rachel Carson. She died before the 1970s when Monsanto’s John E. Franz discovered them. Since the beginning of glyphosate’s use, Monsanto has claimed that it is safe for people.

Since colleagues and I published Our Stolen Future in 1996, the use of glyphosate-based herbicides has grown at least ten-fold (through 2014) and more than 100-fold since the late 1970s. It is now the most widely used herbicide in the world.

In spite of Monsanto’s ongoing claims of safety — as well as those from Bayer, which acquired Monsanto in 2018 — over the last 10 years independent scientific research has shown glyphosate is toxic to vertebrates.

And then came the lawsuits about Roundup and cancer, and guilty verdicts and large punitive damages.

I offer that context to set up the following conclusion: It’s about time a comprehensive, scholarly book like “Herbicides: Chemistry, Efficacy, Toxicology and Environmental Impacts” is being published, written by trusted scientific experts without problematic conflicts of interest and taking an unvarnished, deep look at herbicides. I wish it had been available decades ago.

Why is this book needed? Scientists working in this field need to understand all dimensions of the playing field. One dimension is the science. But researchers also need to be aware of the corruption that has plagued herbicide science.

They need to develop a nose for what’s real and what’s not. They need to be prepared to detect and counteract “manufactured doubt,” the phenomenon that the chemical and herbicide industries employ to undermine scientific evidence of harm. This book is not manufactured doubt. Instead, it’s distilled reality.

Manufacturing doubt has become standard practice in the chemical industry. Large revenue streams from the sale of successful chemicals can be applied to the toolkits of ‘doubt’ practitioners. Consider these recent examples of industries using manufactured doubt to defend against complaints of harm: Syngenta and atrazine. Johnson & Johnson and asbestos in talc. Volkswagen’s diesel scandal. Monsanto and glyphosate.

A whole new trophic level of scientific ‘research’ has been created: “product defense firms” whose business model is to deliver science that defends the interested party’s products by creating enough uncertainty in the minds of regulators that they, the regulators, can tell the opposing parties “to come back when a scientific consensus is reached.” Adept product defense firms powered by the monetary value of keeping the product on the market can delay that “come back” moment for decades.

The investigative reporter, Paul Thacker, writing in Environmental Science and Technology revealed an elaborate plan developed by the Weinberg Group, a product defense firm, to help Dupont withstand a growing public health scandal swirling around its PFOA plant in West Virginia. This scandal ultimately escalated into the 2019 feature film Dark Waters, starring Mark Ruffalo. There is a lesson there for any company contemplating manufactured doubt. If you lose, you lose very big. The reputation of DuPont is forever sullied.

There are more cases in the wings. The next one will be a lawsuit against Syngenta for decades of misrepresenting, according to the plaintiffs, the dangers of the herbicide paraquat. The plaintiffs’ lawyers also claim that documents obtained in discovery lay bare a profound disregard by Syngenta for human life and suffering since the 1960s when Paraquat came on the market. Thousands have died around the world. Those who lived were at great risk to Parkinson’s Disease as they aged.

Are these and other transgressions just the doings of a few bad apples? I think not. I think it’s about “a bad barrel.” The system guiding pesticide regulations, including herbicides, is broken. Globally, it needs deep structural reform. Manufacturing doubt works and it’s worked on multiple issues going back to tobacco and lead. Perhaps manufacturing doubt is too soft a phrase. They are betraying science. They are abusing the law. Their delays hurt and even kill people.

I have faced manufactured doubt ever since I started in the field of endocrine disruption 30 years ago. This issue became much more poignant as we learned in 2020 that co-morbidities like hypertension, heart disease and diabetes, among others, were exacerbating the seriousness of COVID-19, and that some of them had endocrine disruption as a possible cause.

So how can we fix the broken system?

First, the ties between the regulated community (pesticide manufacturers) and the regulators are too close. A revolving door of regulators going to work for the regulated after a stint in government is too common. It works the other way, too, with the regulated joining government and bringing with them the agenda they were pushing while in the private sector.

In 2012, I was chairing a writing process on low dose and low concentration effects of endocrine-disrupting compounds. It led to a paper — now cited more than 2,200 times in the scientific literature) — that found using high dose testing to anticipate low dose impacts was scientifically inappropriate and based upon misguided assumptions from the 16th century, literally. As we headed toward publication, my co-authors and I met with scientists from the U.S. Food and Drug Administration to discuss the implications of our conclusions for regulatory science.

Basically, we had concluded that the standard practice of testing at high doses and extrapolating downward to a “safe dose” was unacceptable because different things happen at low doses. Sometimes those low dose effects are just the opposite of what happens at high doses. Any standard regulatory testing regime would miss the low dose impacts, and the estimated safe dose would be wildly misleading, that is, too high.

One of the FDA’s top food safety scientists explained that we were wrong, because they never saw effects like that. I countered “you don’t see that because you don’t test at those doses.” She said (more or less) “well, that’s true.” A year later she had jumped the FDA ship and began working for a product defense firm earning more than 10x her FDA salary, plus bonus.

So deep structural reform starts with dramatically slowing down the revolving door of regulators swapping jobs with the regulated.

But it can’t stop there. Every meeting of a regulator with a stakeholder needs to be video-taped, and saved in a publicly accessible database. And by stakeholder, I mean everybody, on all sides of the table.

Another change: we need at least civil if not criminal penalties for failure to disclose conflicts of interest in scientific papers that are published relevant to regulatory decisions. A recent exposé by Le Monde and Environmental Health News about hidden conflicts of interest by supposed experts on endocrine disruption had a salutary impact on negotiations leading to the European Commission’s new (October 2020) Chemical Strategy for Sustainability.

Investigative reporting by Le Monde revealed authors of an editorial thrown into the debate over how the strategy should approach endocrine disruption had massive conflicts that were not disclosed. Unfortunately, non-disclosure is all too common, and will likely remain so without penalties.

Deep structural reform also means changes to how science is applied to regulation. The effects of mixtures must be acknowledged and incorporated into regulations. So, too, the challenge of low dose and low concentration effects that cause impacts not predictable from the typical high dose experiments used by regulatory science.

The tests used must be altered from traditional toxicology assays to ones that are clearly relevant to human diseases. They must incorporate 21st century biology instead of assays designed in the mid-20th century, or earlier.

The false dichotomy between active and inert ingredients has no scientific basis in the regulation of pesticides. “Inert” ingredients potentiate the impact of the active ingredient, and even can add effects of their own. Tests of pesticides, including herbicides, should evaluate the toxicity of each product sold.

This brief essay is insufficient to consider all the structural reforms necessary to make pesticide regulation work for public health and the environment. I have touched on a few items that I think are exceptionally important. 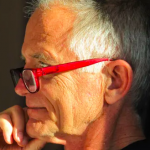 Pete Myers is the founder and chief scientist of Environmental Health Sciences, publisher of EHN.org and DailyClimate.org. He loves to get out and photograph birds.