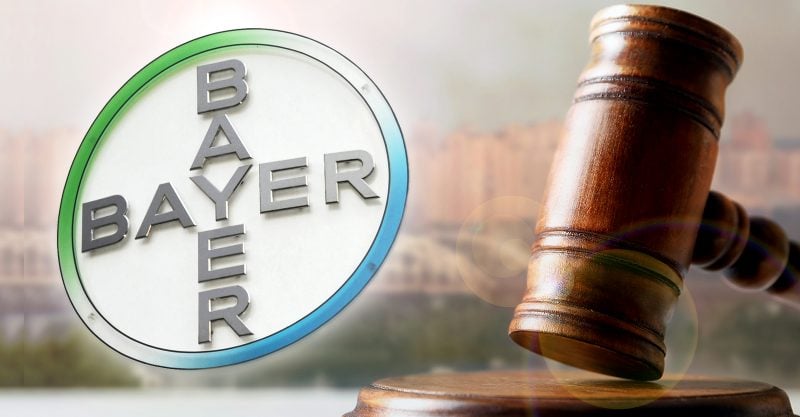 Saying parts of the plan were “clearly unreasonable” and unfair to cancer sufferers who would be part of the class settlement, U.S. Judge Vince Chhabria castigated Bayer and the small group of lawyers who put the plan together in conjunction with Bayer.

He pointed out that the company has been “losing trials left and right” in claims brought by people suffering from non-Hodgkin lymphoma (NHL) who alleged exposure to Monsanto’s Roundup and other glyphosate-based herbicides were the cause.

Bayer has owned Monsanto since 2018 and has been struggling to defend the line of glyphosate-based herbicide products such as Roundup that Bayer inherited in the acquisition. Cancer victims have won three trials held to date and tens of thousands of other plaintiffs have filed lawsuits alleging exposure to Monsanto’s herbicides caused them to develop NHL while Monsanto spent decades hiding the risks.

Judge Chhabria said in his decision that the company’s desire to set up a “science panel” to determine whether or not the herbicides actually cause cancer rather than leave that question to future juries is because of the trial losses the company has so far suffered.

The “reason Monsanto wants a science panel so badly is that the company has lost the ‘battle of the experts’ in three trials, the judge wrote in his order.  “At present, the playing field on the issue of expert testimony related to causation is slanted heavily in favor of plaintiffs.”

The ruling comes after a lengthy hearing last week held to discuss widespread opposition by personal injury attorneys across the U.S. to the settlement proposal. The proposed plan called for Bayer to put up roughly $2 billion for a series of actions that would help the company avoid future Roundup cancer trials.

The class action settlement would apply to people exposed to Roundup products as of Feb. 3, 2021 who have not yet sued Monsanto or retained a lawyer to do so. The settlement plan would set up a framework for addressing new claims brought by those exposed individuals who develop NHL they attribute to their Roundup exposure. It would apply to people who already have NHL but who have not yet sued the company and to people who develop NHL in the future.

The plan was structured by Bayer in coordination with a small team of plaintiffs’ lawyers who stood to be paid millions of dollars for their participation.

Proponents of the proposed class action plan told the judge it “will save lives,” and provide “speedy compensation” to people who get non-Hodgkin lymphoma they blame on Roundup exposure.

But opponents said the proposal actually did little for cancer patients while benefiting Bayer and the lawyers who helped develop the plan.

At the heart of the objections is the view that if approved, the class action plan could limit the due process rights of people to go to trial and seek punitive damages awards in the future if they are diagnosed with NHL after Roundup exposure, while allowing Bayer to keep selling Roundup products with no express warning of a cancer risk on the label.

The limiting of plaintiffs’ ability to seek punitive damages while not limiting Bayer’s ability to keep selling Roundup distinguishes this settlement from any similar class action, according to an opposition brief filed by the nonprofit legal group Public Justice. The plan is a “blueprint for how manufacturers can cut off victims’ rights to seek punitive damages from injuries caused by hazardous pesticides, the group said.

Another key problem with the plan, according to critics, is that everyone in the U.S. who meets the criteria as a potential plaintiff would automatically become part of the class and subject to its provisions if they did not actively opt out of the class within a specified time period. If people did not opt out — even if they didn’t know about the plan — they would be stripped of the right to seek punitive damages if they ever did file a lawsuit.

“Monsanto tried to buy its own system of justice and it is wonderful that the court saw through what they were trying to do,” said lawyer Gerson Smoger, who was among the opponents. “The settlement would’ve been a travesty for those who use Roundup.”

The class action plan, which is separate from an $11 billion settlement of Roundup litigation announced by Bayer last June to address already filed lawsuits, needs approval from Chhabria. The judge has been overseeing the federal multidistrict Roundup litigation involving thousands of plaintiffs from around the U.S.

Bayer’s desire to find a settlement is “not surprising because the alternative to settling — continuing to lose trials left and right — is not attractive,” the judge wrote in his ruling.

“In sum, the settlement proposed by these attorneys would accomplish a lot for Monsanto,” he wrote. “It would substantially diminish the company’s settlement exposure and litigation exposure at the back end, eliminating punitive damages and potentially increasing its chances of winning trials on compensatory damages. It would accomplish far less for the Roundup users who have not been diagnosed with NHL—and not nearly as much as the attorneys pushing this deal contend.”