New papers show need for better understanding of how exposure to glyphosate, the key active ingredient in widely used pesticide, may have on human health, including the health of the gut microbiome. 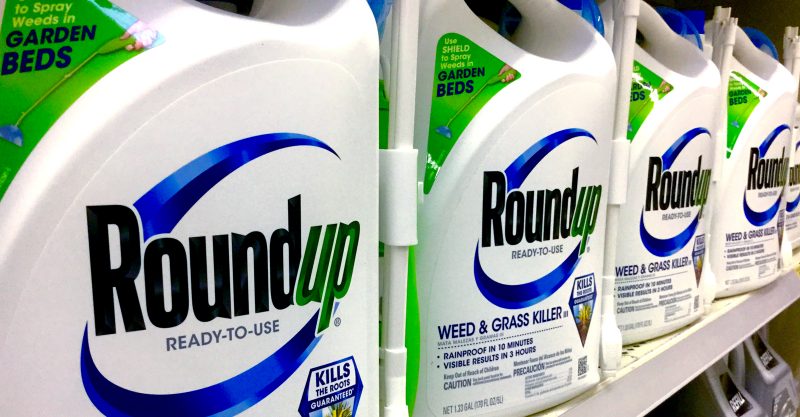 Newly published scientific papers illustrate the ubiquitous nature of the weed-killing chemical glyphosate and a need to better understand the impact exposure to the popular pesticide may be having on human health, including the health of the gut microbiome.

In one of the new papers, researchers from the University of Turku in Finland said that they were able to determine, in a “conservative estimate,” that approximately 54% of species in the core of the human gut microbiome are “potentially sensitive” to glyphosate. The researchers said they used a new bioinformatics method to make the finding

With a “large proportion” of bacteria in the gut microbiome susceptible to glyphosate, the intake of glyphosate “may severely affect the composition of the human gut microbiome,” the authors said in their paper, which was published this month in the Journal of Hazardous Materials.

The microbes in the human gut include a variety of bacteria and fungi and are believed to impact immune functions and other important processes. Unhealthy gut microbiomes are believed by some scientists to contribute to a range of diseases.

The concerns about glyphosate’s impact on the human gut microbiome stem from the fact that glyphosate works by targeting an enzyme known as 5-enolpyruvylshikimate-3-phosphate synthase (EPSPS). This enzyme is critical to the synthesizing of essential amino acids.

“To determine the actual impact of glyphosate on the human gut microbiota and other organisms, further empirical studies are needed to reveal glyphosate residues in food, to determine the effects of pure glyphosate and commercial formulations on microbiomes and to assess the extent to which our EPSPS amino acid markers predict bacterial susceptibility to glyphosate in in vitro and real-world scenarios,” the authors of the new paper concluded.

In addition to the six researchers from Finland, one of the authors of the paper is affiliated with the department of biochemistry and biotechnology at Rovira i Virgili University, Tarragona, Catalonia, in Spain.

“The consequences for human health are not determined in our study. However, based on previous studies … we know that alterations in the human gut microbiome may be connected to several diseases,” University of Turku researcher Pere Puigbo said in an interview.

“I hope that our research study opens the door to further experiments, in-vitro and in the field, as well as population-based studies to quantify the effect the use of glyphosate has on human populations and other organisms,” Puigbo said

Glyphosate is the active ingredient in Roundup brand herbicides and hundreds of other weed killing products sold around the world. It was introduced as a weed killer by Monsanto in 1974 and grew to become the most widely used herbicide after Monsanto’s introduction in the 1990s of crops genetically engineered to tolerate the chemical. Residues of glyphosate are commonly found on food and in water. Consequently, residues are also often detected in the urine of people exposed to glyphosate through either diet and/or application.

U.S. regulators and Monsanto owner Bayer AG maintain there are no human health concerns with glyphosate exposure when the products are used as intended, including from residues in the diet.

The body of research contradicting those claims is growing, however. The research on the potential impacts of glyphosate on the gut microbiome is not nearly as robust as the literature associating glyphosate to cancer, but is an area many scientists are probing.

In a somewhat related paper published this month, a team of researchers from Washington State University and Duke University said that they had found a correlation between the levels of bacteria and fungi in the gastrointestinal tracts of children and the chemicals found in their homes. The researchers did not look at glyphosate specifically, but were alarmed to find that children with higher levels of common household chemicals in their bloodstream showed a reduction in the amount and diversity of important bacteria in their gut.

An additional scientific paper published this month underscored a need for better and more data when it comes to glyphosate exposure and children.

The paper, published in the journal Environmental Health by researchers from the Institute for Translational Epidemiology at the Icahn School of Medicine at Mount Sinai in New York, is the outcome of a literature review of multiple studies reporting actual values of glyphosate in people.

Even when including additional studies, overall, there is sparse data regarding glyphosate levels in people. Studies globally total only 4,299 people, including 520 children, the researchers said.

The authors concluded that it is not currently possible to understand the “potential relationship” between glyphosate exposure and disease, especially in children, because data collection on exposure levels in people is limited and not standardized.

They noted that despite the lack of solid data about the impacts of glyphosate on children, the amount of glyphosate residues legally allowed by U.S. regulators on food has increased dramatically over the years.

“There are gaps in the literature on glyphosate, and these gaps should be filled with some urgency, given the large use of this product and its ubiquitous presence,” said author Emanuela Taioli.

Children are especially vulnerable to environmental carcinogens and tracking exposure to products such as glyphosate in children is “a pressing public health priority,” according to the authors of the paper.

“As with any chemical, there are multiple steps involved in evaluating risk, which include gathering information about human exposures, so that the levels that produce harm in one population or animal species can be compared to typical exposure levels,” the authors wrote.

“However, we have previously shown that data on human exposure in workers and the general population are very limited. Several other gaps in knowledge exist around this product, for example results on its genotoxicity in humans are limited. The continued debate regarding the effects of glyphosate exposure makes establishing exposure levels in the general public a pressing public health issue, especially for the most vulnerable.”

The authors said monitoring of urinary glyphosate levels should be conducted in the general population.

“We continue to suggest that inclusion of glyphosate as a measured exposure in nationally representative studies like the National Health and Nutrition Examination Survey will allow for a better understanding of the risks that glyphosate may pose and allow for better monitoring of those who are most likely to be exposed and those who are more susceptible to the exposure,” they wrote.

Published with permission from U.S. Right To Know.