A move by lawyers to consolidate at least 14 lawsuits filed by eight different law firms in six different federal courts is a “telling sign” more lawsuits will be filed against the company over claims its weedkiller, paraquat, causes Parkinson’s Disease. 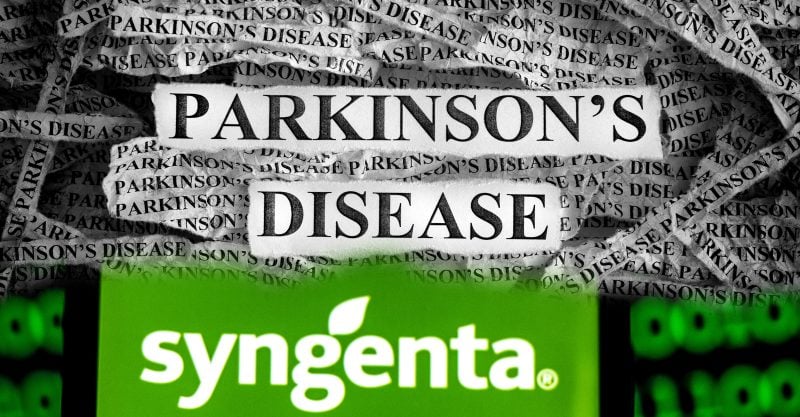 Lawyers suing Swiss chemical company Syngenta are asking a U.S. judicial panel to consolidate more than a dozen similar lawsuits under the oversight of a federal judge in California. The move is a telling sign of the expansion of litigation that alleges the company’s weed-killing products cause Parkinson’s Disease.

According to the motion, filed April 7 by the Texas-based Fears Nachawati law firm with the U.S. Judicial Panel on Multidistrict Litigation, there are currently at least 14 lawsuits filed by eight different law firms in six different federal courts across the country. The lawsuits are all filed on behalf of plaintiffs who have been diagnosed with the neurodegenerative disorder, and they allege exposure to Syngenta’s weed killers made with a chemical called paraquat for the disease. Several other cases making the same allegations are pending in state courts.

“The cases are excellent candidates for coordinated pretrial proceedings because they arise from the same poisonous toxin causing the same crippling disease resulting from the wrongful conduct of the same three defendants,” the Fears Nachawati brief in support of its motion states. “Movant expects that the number of similar cases filed in state and federal courts across the country will expand rapidly.”

The motion seeks transfer specifically to Judge Edward Chen in the U.S. District Court for the Northern District of California.

Majed Nachawati, a partner with the Fears Nachawati firm, said the firm was still investigating the size and scope of the overall litigation but believes the paraquat litigation against Syngenta “will be significant and material in nature …”

“Very soon, there is going to be litigation in dozens of federal courts across the country,” Nachawati said.

The plaintiffs’ lawyers will be seeking internal corporate documents as well as depositions of corporate officials related to the “testing, design, labeling, marketing and safety of paraquat herbicides,” along with corporate research and evaluations of the toxicity and safety of its paraquat products.

Internal documents show Syngenta scientists knew they could save lives by making tweaks to paraquat weedkiller, but chose to save money instead. Documents also expose the company’s efforts to cover up evidence that paraquat causes Parkinson’s Disease.https://t.co/ZvuAysUMog

The Miller Firm of Virginia, which helped lead the Roundup cancer litigation against Monsanto that resulted in an $11 billion settlement with Monsanto owner Bayer AG, is among the law firms joining in the paraquat litigation. The Miller firm supports the effort to consolidate the federal actions in California, where thousands of Roundup cases were also consolidated for pretrial proceedings, according to the firm’s lead attorney Mike Miller.

In this excerpt from “The Monsanto Papers,” journalist @careygillam recounts the day that forever changed the life of California groundskeeper Dewayne Lee Johnson — the day he ended up soaked in Monsanto’s Roundup weedkiller. #TheDefender https://t.co/NuFiTho8pt

“We are confident that science strongly supports the causal connection between paraquat and the devastation of Parkinson’s disease,” Miller said of the motion. “The Northern District of California is well equipped to handle these cases.”

The cases against Syngenta also name Chevron Phillips Chemical Co. as a defendant. Chevron distributed and sold Gramoxone paraquat products in the U.S. starting with an agreement with a Syngenta predecessor called Imperial Chemical Industries (ICI), which introduced paraquat-based Gramoxone in 1962. Under a license agreement, Chevron had the right to manufacture, use and sell paraquat formulations in the U.S.

Syngenta and Chevron have denied the allegations.

Syngenta says that its paraquat products have been approved as “safe and effective” for more than 50 years and it will “vigorously” defend the lawsuits. Syngenta is owned by China National Chemical Corporation, known as ChemChina.

Parkinson’s is an incurable progressive disorder that affects nerve cells in the brain, leading in advanced cases to severe physical debilitation and often dementia. Many Parkinson’s experts say the disease can be caused by a range of factors, including exposure to pesticides such as paraquat, as well as other chemicals.

Several scientific studies have linked paraquat to Parkinson’s, including a large study of U.S. farmers jointly overseen by multiple U.S. government agencies. That 2011 research reported that people who used paraquat were twice as likely to develop Parkinson’s disease as people who did not use it.

“Numerous epidemiological and animal studies have linked paraquat to Parkinson’s disease,” said Dorsey Ray, a professor of neurology and director of the Center for Human Experimental Therapeutics at University of Rochester in New York. Dorsey is also the author of a book about prevention and treatment of Parkinson’s Disease.

“The evidence linking paraquat to Parkinson’s disease is probably the strongest of any pesticide commonly used,” he said.

Some studies have not found any clear links between paraquat and Parkinson’s and Syngenta asserts that the most recent and authoritative research does not show a connection.

Indeed, a study published in 2020 found connections between some other pesticides and Parkinson’s, but no strong evidence showing paraquat causes the disease.

One case filed in a state court is scheduled to go to trial next month. Hoffman V. Syngenta is slated for trial May 10 in St. Clair County Circuit Court in Illinois. A status conference is scheduled for the end of this month.

Missouri lawyer Steve Tillery, who is representing the plaintiffs in the Hoffman case as well as several other plaintiffs in other paraquat lawsuits, said despite Syngenta’s assertions to the contrary, he has accumulated evidence that includes internal company records showing Syngenta has known for decades that its product causes Parkinson’s Disease.

“They shouldn’t be selling this product, said Tillery. “This chemical should be off the market.”