Environmental triggers like occupational exposure to pesticides can prompt Parkinson’s disease in individuals with or without the genetic precursor. 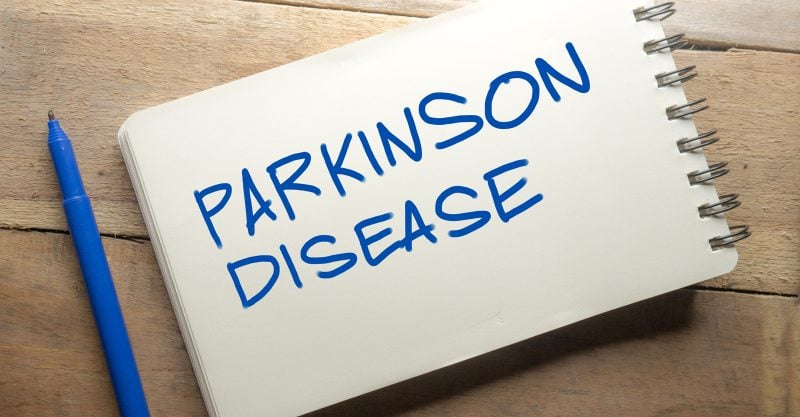 Research at the University of California San Francisco (UCSF) finds that pesticide exposure increases the risk of developing Parkinson’s disease (PD), regardless of whether disease onset is idiopathic (spontaneous) or genetic (GBA genetic risk variant). Although the exact etiology of PD remains unknown, epidemiological and toxicological research repeatedly identifies exposure to pesticides, as well as specific gene-pesticide interactions, as significant adverse risk factors that contribute to PD.

Furthermore, this study, “Gene Variants May Affect PD Risk After Pesticide Exposure,” suggests that environmental triggers like occupational exposure to pesticides can prompt PD in individuals with or without the genetic precursor.

This research demonstrates the importance of assessing disease etiology concerning occupational pesticide exposure, especially if disease triggers are overwhelmingly non-hereditary. Since not all individuals genetically predisposed to the disease develop PD, with only 10 to 15% of PD cases being genetic, government officials need to consider alternate etiological pathways that include environmental risk factors. Study researchers note, “‘Environmental exposures may have differential effects in different genotypes’ and may predispose people with PD to different symptom burden.”

Parkinson’s disease is the second most common neurodegenerative disease, with at least one million Americans living with PD and about 50,000 new diagnoses each year. The disease affects 50% more men than women and people with PD have a variety of symptoms, including loss of muscle control and trembling, anxiety and depression, constipation and urinary difficulties, dementia, and sleep disturbances. Over time, symptoms intensify, but there is no current cure for this fatal disease.

While only a small percentage of PD incidences are genetic and PD is quickly becoming “the world’s fastest-growing brain disease,” research like this is vital for examining other potential risk factors for developing Parkinson’s disease.

Researchers at UCSF, who presented this study at the Movement Disorder Society 23rd International Congress of Parkinson’s Disease and Movement Disorders (Virtual) 2020,  assessed two groups of patients — those with and without a PD diagnosis. The authors analyzed individuals based on two cohort studies, the Parkinson’s Progression Marker Initiative (PPMI) — a longitudinal study of people with PD, including genetic subtypes — and Fox Insight (FI), where participants self-report PD symptoms online. PPMI assessments were in-person and thoroughly evaluated motor and nonmotor function, comparing patients who developed PD idiopathically with healthy individuals. The study further compared patients with PD who are carriers of the two most common gene-specific mutations (i.e., LRRK2 G2019S mutation, GBA mutations) with carriers of each mutation who did not have PD. Researchers collected responses from the FI report to assess the pesticide exposure frequency among PD-diagnosed and non-diagnosed participants, ages 57 to 66 years.

Parkinson’s Disease occurs when there is damage to the dopaminergic nerve cells (i.e., those activated by or sensitive to dopamine) in the brain responsible for dopamine production, one of the primary neurotransmitters mediating motor function. Although the cause of dopaminergic cell damage remains unknown, evidence suggests that pesticide exposure, especially chronic exposure, may be the culprit. Pesticide use is ubiquitous, especially in the rural U.S., where pesticide exposure is nearly unavoidable due to drift and runoff. Moreover, occupational exposure poses a unique risk, as pesticide exposure is direct via handling and application. A 2017 study finds that occupational use of pesticides (i.e., fungicides, herbicides, or insecticides) increases the risk for PD by 110 to 211%. Carbamate pesticides increase PD risk by 455%, with pesticide use for ten years or more doubling PD risk. Even more concerning is that some personal protection equipment (PPE) may not adequately protect workers from chemical exposure during application.

Nonoccupational (residential) pesticide exposure, such as proximity to pesticide-treated areas, presents a risk for PD development. A Louisiana State University study finds that residents living adjacent to a pesticide-treated pasture and forest from the agriculture and timber industry, respectively, have higher rates of PD incidence. Furthermore, pesticide residue in waterways and on produce present an alternate route for residential pesticide exposure to increase the risk for PD via ingestion. Pesticide contamination in waterways is historically commonplace and widespread in U.S. rivers and streams, with almost 90% of water samples containing at least five or more different pesticides.

These pesticides further contaminate groundwater and drinking water sources. Similarly, the U.S. Department of Agriculture (USDA) finds detectable levels of pesticide residue on 57.5 percent of product samples in the Pesticide Data Program (PDP) analysis. Although the residue levels are within the U.S. Environmental Protection Agency’s (EPA) tolerances, the assertion that any level of pesticide within EPA tolerances in the U.S. food supply does not pose safety concerns has been challenged by numerous independent scientific studies. Pesticide exposure can cause severe health problems even at low residue levels, including endocrine disruption, cancers, reproductive dysfunction, respiratory problems (e.g., asthma, bronchitis), neurological impacts (e.g., developmental effects and Parkinson’s), among others. Nevertheless, both direct occupational and indirect nonoccupational exposure to pesticides can increase the risk of PD.

Several studies identify various pesticides as involved in the pathology of PD, including the insecticides rotenone and chlorpyrifos, and herbicides 2,4-D, glyphosate, and paraquat. A Washington State University study determined that residents living near areas treated with glyphosate — the most widely used herbicides in the U.S. — are one-third more likely to die prematurely from Parkinson’s disease. In the Louisiana State University study, exposure to 2,4-D, chlorpyrifos, and paraquat from pasture land, forestry, or woodland operations, as prominent risk factors for PD, with the highest risk in areas where chemicals quickly percolate into drinking water sources. Overall, research finds exposure to pesticides increases the risk of developing PD from 33% to 80%, with some pesticides prompting a higher risk than others.

One of the most notorious pesticides associated with PD development are rotenone and paraquat, as PD pathology indicates the involvement of these two chemicals. Scientific literature comprehensively documents the neurotoxicant properties of paraquat and rotenone as laboratory experiments reproduce features of Parkinson’s in the brain of animals. Another study finds a 2.5-fold increase in PD risk among users of each chemical in comparison to non-users. Acute and chronic exposure to rotenone can inhibit the mitochondrial brain function responsible for cell regeneration and induce oxidative stress. Paraquat exposure can increase the production of specific proteins in the brain that damage cells producing dopamine, causing motor problems and muscle tremors.

Although many countries, including Europe and Canada, ban the use of both chemicals due to concerns about links to Parkinson’s, the U.S. merely restricts use. In the U.S., although EPA permits the use of rotenone to kill invasive fish species, the agency only restricts paraquat application to certified applicators, allowing chemical-use to rise over the decade, with 2018 seeing a 100% increase in paraquat use in wildlife refuges. Considering research demonstrates that a multitude of pesticides presenting a risk of developing PD belong to various pesticide classes and have a differing mode of action, advocates say that government officials must evaluate all health effects related to chemical exposure equally regardless of chemical composition.

Parkinson’s disease has a multitude of epidemiologic research demonstrating several risk factors, including specific genetic mutations and external/environmental triggers (i.e., pesticide use, pollutant exposure, etc.). This research adds to the many that associate pesticide exposure with PD. Furthermore, this study demonstrates that PD can develop regardless of whether an individual is a carrier of GBA gene mutation or not.

This study is not the first to demonstrate a relationship between pesticide exposure and gene variation as a 2010 study finds individuals with specific gene variants (i.e., GBA mutation) are three and a half times more likely to develop Parkinson’s than those with the more common version of the gene. Furthermore, a 2013 study reveals that individuals with a PD-associated genetic mutation are more likely to develop the neurodegenerative disease upon exposure to pesticides. Ray Dorsey, M.D., professor of neurology at the University of Rochester, supports these UCSF findings, noting that the proposed risk of dying from PD is about 1 in 15 in comparison to the risk of dying in a car accident, about 1 in 100. Dr. Dorsey questions, “What are we doing to prevent ourselves from developing Parkinson’s disease? … [Scientists have] been telling us for decades that certain pesticides are linked and are contributing to Parkinson’s disease. We should listen.” Dr. Dorsey suggests using safer alternatives like organic practices.

Although occupational and environmental factors, like pesticides, adversely affect human health — disproportionately affecting vulnerable population groups — there are several limitations in defining real-world poisoning as captured by epidemiologic studies in Beyond Pesticides’ Pesticide-Induced Diseases Database. The adverse health effects of pesticides, exposure, and the aggregate risk of pesticides showcase a need for more extensive research on occupational and nonoccupational pesticide exposure, especially in agriculture. Parkinson’s Disease may have no cure, but proper prevention practices like organics can eliminate exposure to toxic PD-inducing pesticides. Organic agriculture represents a safer, healthier approach to crop production that does not necessitate the use of toxic pesticides. Beyond Pesticides encourages farmers to embrace regenerative, organic practices.

Published with permission from Beyond Pesticides.