U.S. Judge Nancy Rosenstengel has set a jury trial date for Nov. 15, 2022 for the lawsuits alleging their exposure to Syngenta’s paraquat weedkillers caused them or family members to develop and suffer from the dreaded neurological disorder. 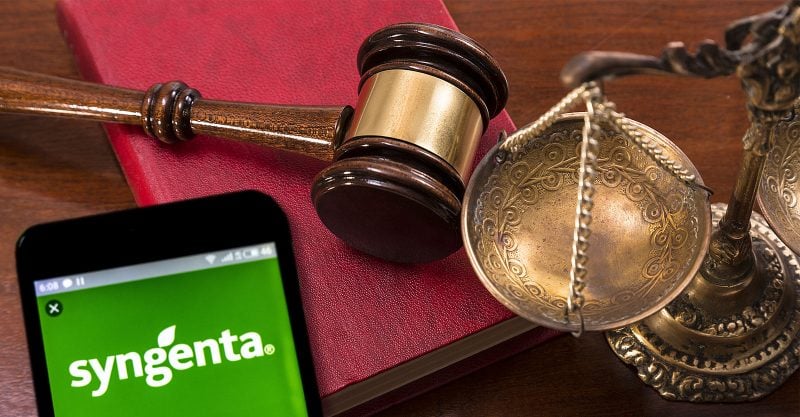 A federal judge appointed to coordinate proceedings for claims that Syngenta AG’s paraquat weedkillers cause Parkinson’s disease said last week she was setting a jury trial date for Nov. 15, 2022.

U.S. Judge Nancy Rosenstengel of the Southern District of Illinois issued the order in an initial hearing with lawyers from multiple firms who are representing people alleging their exposure to Syngenta’s popular herbicides caused them or family members to develop and suffer from the dreaded neurological disorder.

There are 157 cases pending in state and federal courts around the country, according to a June 22 court filing. The plaintiffs allege Syngenta was aware of the risks but failed to warn users.

Syngenta, which is owned by a Chinese chemical company, has denied the allegations.

Along with Syngenta, the defendants include Chevron Phillips Chemical Company LP, and Chevron USA, Inc. All have denied any liability.

Several scientific studies have linked paraquat to Parkinson’s, including a large study of U.S. farmers jointly overseen by multiple U.S. government agencies. Farmers use paraquat in the production of many crops, including corn, soy and cotton. The Agricultural Health Study (AHS) said it found that “exposure to agricultural pesticides may increase a person’s risk of developing Parkinson’s disease.” In 2011, AHS researchers reported that “participants who used paraquat or rotenone were twice as likely to develop Parkinson’s disease as people who didn’t use these chemicals.”

Internal documents show Syngenta scientists knew they could save lives by making tweaks to paraquat weedkiller, but chose to save money instead. Documents also expose the company’s efforts to cover up evidence that paraquat causes Parkinson’s Disease.https://t.co/ZvuAysUMog

A more recent paper from AHS researchers stated that “Extensive literature suggests an association between general pesticide use and Parkinson’s disease (PD). However, with few exceptions, little is known about associations between specific pesticides and PD.”

Parkinson’s is an incurable progressive nervous system disorder that limits a person’s ability to control movement, causing tremors, loss of balance and eventually often leaving victims bedridden and/or bound to a wheelchair. The disease is not necessarily fatal but typically becomes severely debilitating.

Dutch neurologist Bastiaan Bloem, who recently authored a book about Parkinson’s, blames widespread exposure to herbicides such as paraquat, along with other toxic chemicals used in agriculture and manufacturing, for the spread of the disease.

The case number for the multidistrict litigation in the U.S. District Court for the Southern District of Illinois is 3:21-md-03004-NJR.

Even as more than 100 cases move forward, several are in the process of settling.

A “notice of settlement” was filed on June 18 in California, stating that the parties in 16 cases pending in that state had reached agreement on settlement terms.

Among the law firms involved in that settlement notice is the Missouri-based firm headed by lawyer Steve Tillery.

Tillery was scheduled to bring one of his cases, Hoffman V. Syngenta, to trial last month, and has accumulated thousands of pages of internal company documents through discovery. He had threatened to introduce evidence that he said included internal company records showing Syngenta has known for decades that its product causes Parkinson’s Disease.