COVID-19 vaccine manufacturers, including Pfizer, BioNTech and Moderna, lobbied Twitter and other social media platforms to set moderation rules that would flag purported COVID-19-related “misinformation,” according to Lee Fang, who reported on the latest “Twitter files.” 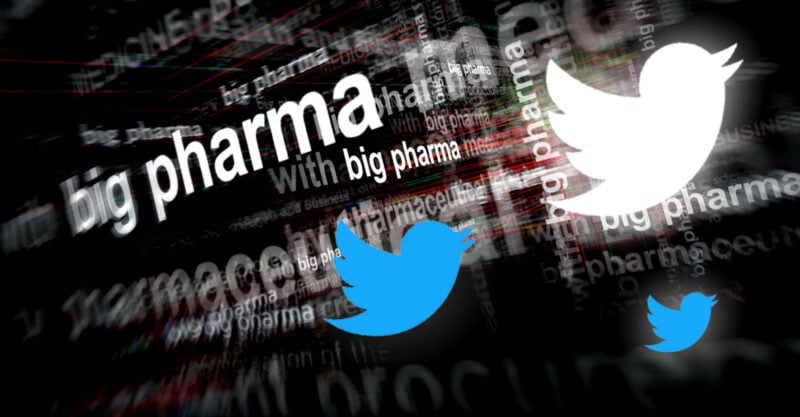 COVID-19 vaccine manufacturers, including Pfizer, BioNTech and Moderna, lobbied Twitter and other social media platforms to set moderation rules that would flag purported COVID-19-related “misinformation,” according to the latest installment of the “Twitter files.”

The lobbying efforts also focused on limiting social media posts that urged pharmaceutical companies to renounce their intellectual property rights over COVID-19 vaccines and therapeutics to facilitate the development of low-cost generic equivalents, which would potentially have cost these companies billions of dollars in profits.

In releasing this installment of the “Twitter files,” Fang noted that he “was given some access to Twitter emails” and that the searches for these documents “were carried out by a Twitter attorney,” potentially limiting the information made available to him.

PGP describes itself as “a public health nonprofit specializing in large-scale media monitoring programs, social and behavior change interventions, and cross-sector initiatives” that “is led by experts in public health, marketing, journalism, media, and business” who “create bold projects for health.”

PGP CEO Joe Smyser, Ph.D., previously completed a postdoctoral study at the Centers for Disease Control and Prevention and an internship at the U.S. Food and Drug Administration.

Fang wrote that PGP “regularly communicated with Twitter on regulating content related to the pandemic” and helped “develop bots to censor vaccine misinformation.” PGP also sometimes “sent direct requests to Twitter with lists of accounts to censor and verify.”

Some of the “regular correspondence” between PGP and Twitter “throughout 2021 and 2022” was channeled to Todd O’Boyle, formerly Twitter’s senior manager of public policy. O’Boyle “served as a point of contact with the Biden administration,” Fang reported.

While Fang claimed that some of the tweets the “Stronger” campaign focused on were, in his words, “truly unhinged misinfo, like claims that vaccines include microchips,” many others “were more of a grey area, like vaccine passports [and] vaccine mandates” and “policies that coerce vaccination.”

Writing in The Intercept, Fang said that one such tweet that was flagged stated:

“If a vaccinated person and an unvaccinated person have roughly the same capacity to carry, shed and transmit the virus, particularly in its Delta form, what difference does implementing a vaccination passport actually make to the spread of the virus?”

According to Fang, this campaign sent “direct regular emails” to Twitter, “with lists of tweets to takedown [sic] & others to verify.” He added that many of these requests “focused on @zerohedge, which was suspended.”

A screenshot of a Feb. 24, 2022, email from PGP to O’Boyle and presumably others at Twitter contained “this week’s misinfo report” and “our batch verification request.”

Smyser, in remarks provided to Fang, described the “Stronger” campaign as a good-faith effort to combat disinformation, describing his job as “how do people figure out where to go get vaccinated? And how do I encourage them to get the vaccine?”

Fang noted that the “Stronger” campaign did not apply to the pharmaceutical companies, such as when they “wildly exaggerated the risks of creating low-cost generic COVID vaccines” — another focus of Fang’s “Twitter files” drop.

“The rules applied only to critics of industry,” Fang wrote.

Fang noted that lobbying efforts on the part of COVID-19 vaccine manufacturers against the production of low-cost generic equivalents afforded those companies massive revenues, as they “saw the crisis as an opportunity for unprecedented profit.”

“The largely successful assault against the creation of generic vaccines resulted in an unprecedented explosion in profit for a few select biopharmaceutical drug interests. Pfizer and BioNTech generated a staggering $37 billion in revenue from its shared mRNA vaccine in 2021 alone, making it one of the most lucrative drug products of all time.

“Moderna, which made $17.7 billion from vaccine sales in 2021, recently announced its plan to hike the price of its COVID shot by about 400 percent.”

As part of these lobbying efforts, BIO reached out to the newly elected Biden administration to advocate in favor of U.S. sanctions against “any country attempting to violate patent rights and create generic low-cost COVID medicine or vaccines.”

BioNTech, a German pharmaceutical company that jointly developed a COVID-19 vaccine with Pfizer, “reached out to Twitter to request that Twitter directly censor users tweeting at them to ask for generic low cost vaccines,” wrote Fang, who added that this request “was also backed by the German government.”

Fang shared a screenshot of a Dec. 13, 2020, email from Nina Morschhaeuser, head of Public Policy, Government and Philanthropy for Twitter Germany, stating that she had been contacted by BioNTech with a warning about a forthcoming “campaign targeting the pharmaceutical companies developing the COVID-19 vaccine.”

BioNTech asked Twitter to “hide” such tweets over a period of two days, wrote Fang, and to monitor such accounts, including allegedly “fake accounts” that Fang revealed belonged to “real people,” including a “74-year-old retired bricklayer in the U.K.”

Although, in a Jan. 2 tweet, Twitter owner and CEO Elon Musk said the publication of the “Fauci files,” as part of the ongoing release of the “Twitter files,” would come “later this week,” they still have not been publicized as of the time of this writing.

Responding to Musk in a Jan. 8 appearance on CBS’ “The Takeout,” Dr. Anthony Fauci said, “I have no idea what [Musk]’s talking about. I mean, there’s a lot of misinformation, conspiracy theories and disinformation going on. I have nothing to say to him. I don’t understand what he’s doing. It’s just unfortunate.”

Other “Twitter files” releases in the past week involved further censorship requests by Rep. Adam Schiff (D-Calif.), including a request for the removal of a parody video of Joe Biden retweeted by then-President Donald Trump, and “Russiagate lies,” revealing pressure on Twitter from prominent Democratic Party officials to connect tweets under the “#ReleaseTheMemo” hashtag, to “Russian bots.”

On Jan. 10, the Republican-controlled House of Representatives voted 221-211 to create a new Select Committee on the Weaponization of the Federal Government,” responding in part to other previous “Twitter files” releases that revealed pressure on Twitter from federal agencies to censor or deplatform specific users on the platform.

“We have a duty to get into these agencies and look at how they have been weaponized to go against the very people they’re supposed to represent, how they have infringed on First Amendment liberties of the American people. And we’re going to do that.

Separately from the “Twitter files,” Revolver News revealed, on Jan. 6, details about a “mini-network” of fake “doctors” created early during the pandemic to “stoke fear over COVID-19” by claiming they lost loved ones due to COVID-19.