The latest “Twitter files” document dump, posted by journalist Lee Fang of The Intercept, revealed that Twitter knowingly violated its own internal policies and public claims that it prohibited all forms of government-backed propaganda by protecting accounts created by the U.S. military. 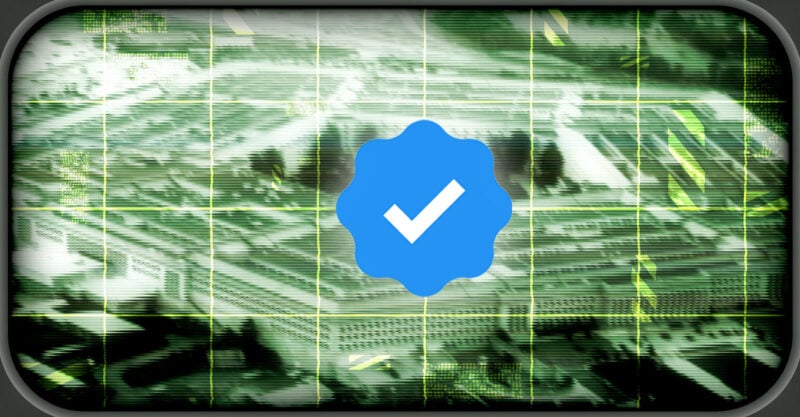 Part eight of the “Twitter files,” released Tuesday, revealed another layer of collusion between Twitter and elements of the U.S. government and military establishment, including that Twitter protected numerous accounts and personas created by the U.S. military for the dissemination of propaganda in the Middle East and beyond.

The latest “Twitter files” document drop, posted by journalist Lee Fang of The Intercept, revealed that Twitter knowingly violated its own internal policies and public claims that it prohibited all forms of government-backed propaganda.

The accounts created by the Pentagon and U.S. military sought to influence public opinion in several countries.

The documents went public amid Elon Musk’s announcement, in a tweet, that he will “resign as CEO as soon as” he finds “someone foolish enough to take the job.” The announcement followed the Dec. 19 results of an online poll conducted by Musk, where a majority of respondents voted for Musk to step down as head of Twitter.

The latest documents also built on revelations from part seven of the “Twitter files,” indicating that the FBI paid Twitter staffers directly to process censorship requests it submitted to the platform.

MUST READ… #TwitterFiles6 doc dump exposes the role the FBI + other federal agencies played in policing content on Twitter.https://t.co/kXSUjqLBfl

Twitter had, for years, “pledged to shut down all state-backed disinformation and propaganda efforts, never making an explicit exception for the U.S,” according to Fang. Twitter had even made this pledge in 2020 testimony before the U.S. House Intelligence Committee.

Fang clarified that he was “given access to Twitter for a few days,” that he “signed/agreed to nothing” and that “Twitter had no input into anything I did or wrote.”

“The revelations are buried in the archives of Twitter’s emails and internal tools,” he said, adding that his requests “were then fulfilled on my behalf by an attorney.”

Despite Twitter’s claims that it made “concerted efforts to detect and thwart government-backed covert propaganda campaigns,” the company, “behind the scenes … provided direct approval and internal protection to the U.S. military’s network of social media accounts and online personas,” Fang wrote for The Intercept.

This included Twitter “whitelisting a batch of accounts at the request of the government,” Fang said. “The Pentagon has used this network, which includes U.S. government-generated news portals and memes, in an effort to shape opinion in Yemen, Syria, Iraq, Kuwait, and beyond.”

“Despite knowledge that Pentagon propaganda accounts used covert identities, Twitter did not suspend many for around 2 years or more. Some remain active,” tweeted Fang.

This occurred despite actions that Twitter took against similar types of accounts managed by other governments.

“In 2018, for instance, Twitter announced the mass suspension of accounts tied to Russian government-linked propaganda efforts. Two years later, the company boasted of shutting down almost 1,000 accounts for association with the Thai military.”

“But rules on platform manipulation, it appears, have not been applied to American military efforts,” The Intercept added.

The direct assistance provided by Twitter to the Pentagon and U.S. military “goes back at least five years.”

According to The Intercept:

“On July 26, 2017, Nathaniel Kahler, at the time an official working with U.S. Central Command — also known as CENTCOM, a division of the Defense Department — emailed a Twitter representative with the company’s public policy team, with a request to approve the verification of one account and ‘whitelist’ a list of Arab-language accounts ‘we use to amplify certain messages.’

“We’ve got some accounts that are not indexing on hashtags — perhaps they were flagged as bots,’ wrote Kahler. ‘A few of these had built a real following and we hope to salvage.’ Kahler added that he was happy to provide more paperwork from his office or SOCOM, the acronym for the U.S. Special Operations Command.”

As part of this, Kahler sent Twitter a spreadsheet listing 52 accounts in total, asking for “priority service” for those accounts — meaning whitelisting or verification. This “priority service” meant the accounts were “exempt from spam/abuse flags” and would be “more visible/likely to trend on hashtags.”

This occurred even as previous releases of the “Twitter files” revealed that for other categories of Twitter users — including former President Donald Trump — company executives were quick to find pretexts to impose suspensions or permanent bans.

According to The Intercept, Twitter complied with this request, reporting that according to internal company logs, “On the same day that CENTCOM sent its request, members of Twitter’s site integrity team went into an internal company system used for managing the reach of various users and applied a special exemption tag to the accounts.”

These revelations appear to confirm sentiments among some Twitter users that certain accounts were immune to being reported for a host of policy violations.

These accounts, according to Fang, “tweeted frequently about U.S. military priorities in the Middle East, including promoting anti-Iran messages, promotion of the Saudi Arabia-U.S. backed war in Yemen, ‘accurate’ U.S. drone strikes that claimed to only hit terrorists,” as well as “narratives against Russia, China, and other foreign countries.”

While “the accounts in question started out openly affiliated with the U.S. government,” reported The Intercept, the Pentagon then “appeared to shift tactics and began concealing its affiliation with some of these accounts — a move toward the type of intentional platform manipulation that Twitter has publicly opposed.”

This covert propaganda network was confirmed in an August 2022 report by the Stanford Internet Observatory, which found the operations were active on Twitter, Facebook, Telegram and other platforms and used “fake news portals and deep fake images and memes against U.S. foreign adversaries.”

Internal Twitter emails from 2020 showed “high-level Twitter executives were well aware of DoD’s [Department of Defense’s] vast network of fake accounts & covert propaganda and did not suspend the accounts.”

These high-level executives included Jim Baker, a former FBI lawyer who, at the time, was deputy general counsel of Twitter. In a July 2020 email, Baker wrote that the Pentagon had used “poor tradecraft” in setting up these fake accounts and was seeking strategies to not expose the fact that the accounts were linked to the DOD or U.S. government.

That same year, according to The Intercept, “Facebook and Twitter executives were invited by the Pentagon’s top attorneys to attend classified briefings in a sensitive compartmented information facility [SCIF] … used for highly sensitive meetings.”

18. The reality is much more murky. Twitter actively assisted CENTCOM’s network going back to 2017 and as late as 2020 knew these accounts were covert/designed to deceive to manipulate the discourse, a violation of Twitter’s policies & promises. They waited years to suspend.

When some of these accounts were finally suspended and various media outlets reported on the story, “Twitter was cast as an unbiased hero for removing ‘a network of fake user accounts promoting pro-Western policy positions,’” wrote Fang, who added that “media covering the story described Twitter as evenly applying its policies.”

For instance, according to Fang, “when the WashPost reported on the scandal, Twitter officials congratulated each other because the story didn’t mention any Twitter employees & focused largely on the Pentagon.” These officials also possessed advance knowledge of the Post’s story.

The latest revelations came on the heels of the release of part seven of the “Twitter files,” which provided evidence that the FBI paid Twitter directly — $3.4 million over 17 months — for “staff time reimbursements to process censorship requests.”

Commenting on the revelation, Dr. Meryl Nass, an outspoken critic of COVID-19 vaccines and restrictions, said, “Not only did the executive branch threaten social media to police accounts, it also paid them to attack specific accounts.”

In a Dec. 18 appearance on CNN’s “State of the Union,” Rep. Adam Schiff (D-Calif.) offered “immunity” to social media companies if they became “responsible moderators of content.”

“We’ve got a big problem right now with social media companies and their failure to moderate content and the explosion of hate on Twitter, the banning of journalists on Twitter.

“We can’t tell them what to say or not say, but we gave them immunity. We said if you’ll be responsible moderators of content, we will give you immunity.”

As (outgoing) Chair of House Intelligence, did you approve hidden state censorship in direct violation of the Constitution of the United States @RepAdamSchiff?

Twitter documents released on the same day Schiff made his remarks showed his office had been communicating with Twitter. Schiff had previously lambasted Twitter under Musk’s leadership and “demanded action,” providing uncited statistics claiming that “slurs” against various categories of individuals had sharply increased on the platform.

Vice President Kamala Harris said she expects and “would require” leaders of tech companies to “work with us who are concerned about national security, concerned about upholding and protecting our democracy,” to ensure that there is not “a manipulation that is allowed or overlooked” that may threaten “the security of our democracy and our nation.”

Harris said, on NPR’s “All Things Considered,” that she was concerned about the spread of “disinformation” on Twitter.

Erik Sperling, executive director of Just Foreign Policy, a nonprofit promoting “diplomacy, cooperation, and the rule of law,” expressed a different view in remarks made to The Intercept as part of Fang’s report on part eight of the “Twitter files,” stating:

“It’s deeply concerning if the Pentagon is working to shape public opinion about our military’s role abroad and even worse if private companies are helping to conceal it.

“Congress and social media companies should investigate and take action to ensure that, at the very least, our citizens are fully informed when their tax money is being spent on putting a positive spin on our endless wars.”