The Science Is Clear: Heavy Metals in Baby Food Are Bad for Baby’s Brain

A 2019 report by Healthy Babies Bright Futures noted that in addition to heavy metals, baby foods are riddled with other neurotoxic chemicals — including perchlorate, phthalates and glyphosate — all of which can add up to significant health impacts. 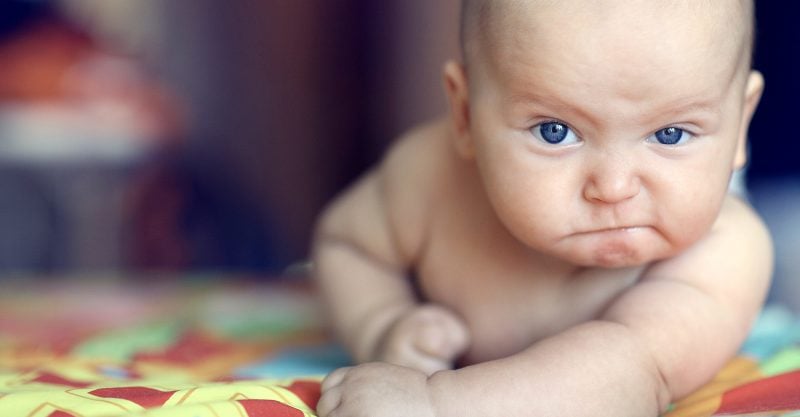 In February, parents of young children had a nasty surprise: They learned that many store-bought baby foods, both conventional and organic, contain dangerous levels of IQ-lowering heavy metals.

This finding, the result of an investigation by the House Committee on Oversight and Reform, documented the presence of highly toxic inorganic arsenic, cadmium, lead and mercury in baby food — at levels far above the limits set by regulators for drinking water and other products.

An October 2019 report by Healthy Babies Bright Futures spurred the congressional investigation. In its testing of 168 baby foods, the organization found that 95% were contaminated with at least one of the four metals — and more often, two or more.

All four metals are known neurotoxins in children — substances that “particularly affect neurodevelopment and intellectual performance.” According to the congressional report:

Arsenic, a common groundwater contaminant in many areas, “is ranked number one among substances present in the environment that pose the most significant potential threat to human health,” according to the report. Lead ranks second, mercury third and cadmium seventh.

The levels of arsenic found in the tested baby foods were up to 91 times the maximum allowed by the U.S. Food and Drug Administration (FDA) for bottled water, and up to 69 and 177 times for cadmium and lead, respectively. Mercury levels in baby food were up to 5 times the level established by the U.S. Environmental Protection Agency for drinking water.

The investigation found that for the vast majority of baby foods, manufacturers “are free … to conduct no testing at all.” According to the report, the FDA “has only finalized one metal standard for one narrow category of baby food” — an inorganic arsenic standard of 100 parts per billion (ppb) for rice cereal. But even this standard “is far too high to protect against the neurological effects on children.”

For decades, regulators have turned a deaf ear to parents of children with autism who reported body burdens of heavy metals in their children far in excess of federal safety guidelines — even when parents’ concerns were supported by research and home videos (see below) before and after treatments to remove these metals from the body. In many cases, those treatments documented marked improvement, and even recovery, from diagnosed autism.

Toxicologists generally evaluate a substance’s effects on human health in two ways. First, they consider specific forms of toxicity (such as cancer or harm to neurodevelopment) and assess “the conditions under which these forms of toxicity might appear” in individuals exposed to the substance, taking into account the route of entry into the body (i.e., ingestion, injection, inhalation or skin absorption).

The second avenue for assessment of toxicity involves examining the dose-response relationship. However, for “real-life risk and impact assessments” of chronic low-level exposure — such as daily ingestion of contaminated baby food — toxicologists increasingly argue that “classical” dose-response studies are inadequate. Instead, these scientists point to the need to assess “complex interacting factors,” including windows of susceptibility (such as pregnancy or early development); genetic, nutritional or metabolic vulnerabilities that predispose to worse outcomes; and co-exposure to multiple toxins, leading to potentially synergistic effects.

The 2019 report by Healthy Babies Bright Futures noted that in addition to heavy metals, baby foods are riddled with other neurotoxic chemicals — including perchlorate, phthalates and glyphosate — and all of these daily exposures can “add up” to significant health impacts.

Crucially, scientists regard arsenic, cadmium, lead and mercury as “non-threshold toxins,” meaning that they can cause adverse effects “at virtually all levels of exposure.”

The incontrovertible evidence that inorganic arsenic, cadmium, lead and mercury are neurotoxic outlines effects in the form of lowered IQ as well as adverse neurodevelopmental outcomes, such as autism spectrum disorder and attention-deficit/hyperactivity disorder (ADHD) — two conditions that have been steadily climbing for several decades and, moreover, often co-occur.

There is particularly extensive research linking the metals to autism, including biomarker evidence from urine, blood, hair, nails and baby teeth, all of which highlight marked differences in levels of these metals in autistic versus neurotypical children.

Research also confirms that “co-exposure to multiple metals can result in increased neurotoxicity compared to single-metal exposure, in particular during early life.” A 2017 study showed, for example, that children with autism have significantly higher blood levels of both arsenic and mercury compared to healthy controls.

Another study published in 2015 found higher levels of mercury, lead and aluminum in the hair of autistic children, compared to matched controls.

Studies of intelligence have not been reassuring. For example, a meta-analysis of arsenic studies not only showed a “significant negative effect on neurodevelopment and behavioral disorders” but concluded that each 50%-increase in arsenic levels would produce a 0.4 decrease in children’s IQ. In European populations, researchers have estimated IQ losses due to lead-contaminated foods ranging from 0.1 to 0.49 IQ points.

Cadmium and mercury are likewise associated with poor cognition.

An interesting feature of February’s congressional report on baby foods is that it condemns the prevailing regulatory torpor, lambasting the FDA (as well as industry) for failing to take action.

What makes regulators’ unwillingness to listen to parents even more troubling is that parents have been able to cite not only their direct experience but also the abundant evidence about the metals’ neurotoxic effects on babies. That evidence — and the ramifications for wider society — are neither new nor obscure.

In 2005, for example, a study made CBS headlines when it showed that “hundreds of thousands of babies are born every year with lower IQ associated with [in utero] mercury exposure” and that the permanent decrements in IQ — losses ranging from “one-fifth of an IQ point to as much as 24 points” — cost the U.S. “$8.7 billion a year in lost earnings potential.”

The authors of the 2005 study on mercury and IQ warned, “The resulting loss of intelligence causes diminished economic productivity that persists over the entire lifetime of these children.”

However, the effects are not necessarily confined to a single generation, as studies of epigenetics and transgenerational inheritance show. Epigenetic modifications, defined as “stable and heritable alterations in gene expression and cellular function,” occur in response to environmental triggers, including heavy metals. A 2017 study showed that arsenic-induced epigenetic changes, for example, have far-reaching effects on cellular homeostasis and the pathways that lead to cancer.

Far from being “adaptive,” researchers warn that these epigenetic changes, transmissible to offspring, have the potential to “generate a plethora of pathological disease states.”

As The Defender reported in late February, legal action may be the only way to protect current and future generations of babies from these toxic foods and their downstream impacts.

In 2019, Children’s Health Defense (CHD) brought a lawsuit against Beech-Nut for misrepresenting its Beech-Nut Naturals product line as “100% natural” despite residues of several synthetic pesticides. CHD’s lawsuit alleged that the misleading labeling and marketing “deceives parents who seek to be mindful of what is contained in the baby foods they provide to their infants.”

Other lawsuits are cropping up across the country on behalf of children exposed to heavy-metal-tainted baby foods who developed autism or ADHD.