A Congressional investigation found that many leading baby food brands contain high levels of inorganic arsenic, lead, cadmium and mercury at levels far in excess of those considered by regulators to be safe. 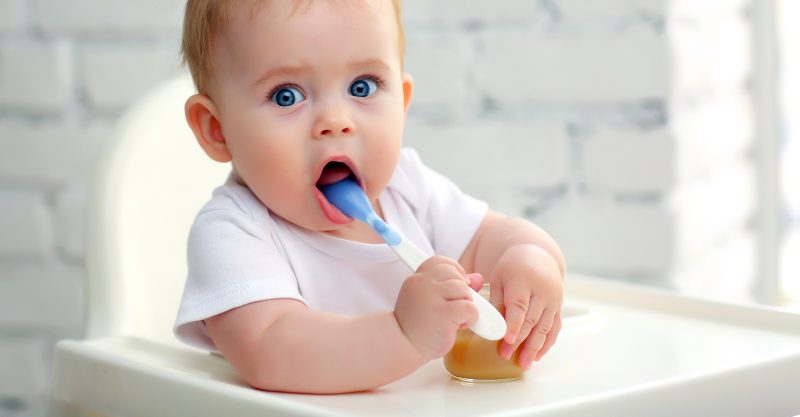 All of these heavy metals are linked to cancer, chronic disease and neurotoxic effects, with devastating harms to developing baby’s brains. According to the report’s summary:

“The Food and Drug Administration (FDA) and the World Health Organization have declared them dangerous to human health, particularly to babies and children, who are most vulnerable to their neurotoxic effects. Even low levels of exposure can cause serious and often irreversible damage to brain development.”

Baby food ingredients in certain products contained up to 91 times the arsenic level, up to 177 times for lead, 69 times for cadmium, and 5 times the mercury levels allowed in bottled water. The companies still approved those products for sale.

Hain Celestial baby food which claims to be organic had similar levels of toxic metals, blamed the FDA saying the agency approved its manufacturing and testing practices.

According to CNN, Arsenic, lead, cadmium and mercury are in the World Health Organization’s top 10 chemicals of concern for infants and children.

Linda McCauley, dean of the Nell Hodgson Woodruff School of Nursing at Emory University, who studies environmental health effects, told the New York Times, “No level of exposure to these metals has been shown to be safe in vulnerable infants.”

The U.S. House of Representatives Subcommittee on Economic and Consumer Policy and Committee on Oversight and Reform, which conducted the investigation, requested the companies voluntarily submit the internal testing documents.

Rep. Raja Krishnamoorthi (D-Ill.), chair of the House Subcommittee on Consumer Policy, said he was greatly concerned that their lack of cooperation suggested that the companies might be hiding the presence of even higher levels of toxic heavy metals in their baby food products than their competitors’ products. He said the FDA leaves manufacturers free to test only raw ingredients, or, for the vast majority of baby foods, to conduct no testing at all.

Krishnamoothi told CNN the spreadsheets provided by manufacturers are “shocking” because they show evidence that some baby foods contain hundreds of parts per billion of dangerous metals. “Yet we know that in a lot of cases, we should not have anything more than single digit parts per billion of any of these metals in any of our foods,” he said.

Krishnamoorthi said that he was pessimistic that the FDA had the stomach to stand up to industry corruption. He said, “I’m being realistic. We need legislation to force the FDA to develop standards and to compel the companies to comply.”

According to CBS News, The FDA has been made aware of the report  and is reviewing its findings.