Autism—The Most Glaring Aspect of the Deterioration of Health Among Our Kids? 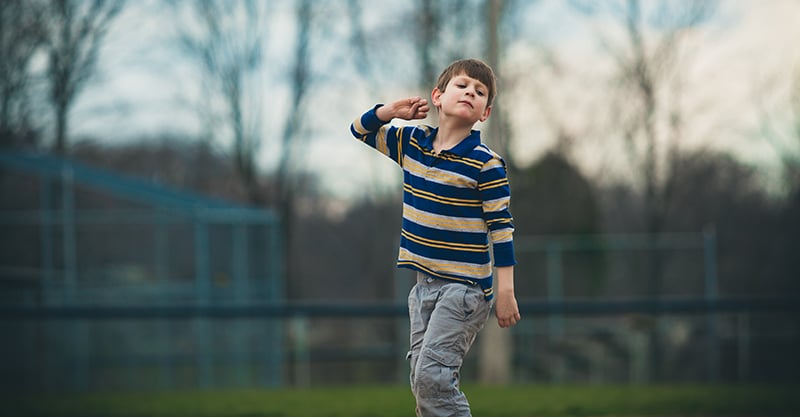 It should be clear to all of us that autism will never be a crisis in the United States. A childhood disorder that was practically unknown to most Americans just 25 years ago is now commonplace. No one asks why a child develops autism. They just do. Parents need to accept it.

We’ve watched the numbers explode with no end in sight. Over the last 20 years the Centers for Disease Control and Prevention have routinely updated the autism rate:

… nowhere in the sparse media coverage of the 2020 increase did anyone express concern that the New Jersey rate might really be the rate for the whole country.

In 2020 a study included New Jersey where the autism rate was found to be one in every 32 (3.1%) children, 1 in 20 boys. New Jersey is often credited with having the most accurate autism numbers because of their reporting system. Still, nowhere in the sparse media coverage of the 2020 increase did anyone express concern that the New Jersey rate might really be the rate for the whole country.

A separate study done in 2018 found a national rate of one in every 40 children using different criteria for surveillance. This study was published in JAMA.

It was virtually ignored, even in Britain, when, in May 2020, the Department of Health in Northern Ireland found that one in every 24 students in local schools there had an autism diagnosis. This also meant that for boys alone the rate was one in 16.

Over the past 20 years reporters have routinely assured the public that while the rate of autism seemed to be on a nonstop upward path, this was merely the result of “better diagnosing,” “greater awareness,” and “ an expanded definition” of the disorder.

For two decades these excuses have been enough to dispel any real concern. I’ve seen them thousands of times in news reports and I’ve always wondered why no one asks the obvious:

WHERE ARE THE ADULTS WITH AUTISM at rates even remotely close to what we’re seeing in children?

Most importantly, why do the numbers never level out? Why do they only trend upward?

Connecticut is the future

Back on February 10, 2014, The Connecticut Mirror published the grim story, For CT adults with developmental disabilities, housing help unlikely until parents die.

This is piece told the public the plain truth: As long as parents were still alive, there would be no adult services for state residents with autism. Funding had not kept up with the explosion in autism.

The erosion of state funding for people with developmental disabilities has left many parents worried about what will happen to their children when they die or become unable to take care of them.

“We are told that our loved ones will stay home until we die. They’re welcome to stay home forever. We’re not trying to get rid of our beloved children, adult children included. But there is that fact of mortality.”

Six years ago the parents were already told that there were too many children with autism to automatically offer adult services for everyone who aged out of school. Of course in 2014 the autism rate was one in every 68 children compared to one in 54 children currently.  As more children are recognized with autism costs for accommodating their needs also increases.

Despite the fact that for years the mainstream media has conditioned us never to worry about the autism rate … the increases are real and we’re never going to be able to pay for this disaster.

On August 1, 2020, The CT Journal Record published the stunning story, The system is going to explode’ — Adults with autism struggle to find support in Connecticut.

Despite the fact that for years the mainstream media has conditioned us never to worry about the autism rate, here The Journal Record laid it on the line: The increases are real and we’re never going to be able to pay for this disaster.

As autism prevalence rates continue to climb nationally and more students with autism age out of the school system every year, autism advocates and families in Connecticut are becoming increasingly concerned that the state’s adult service systems are largely unprepared to meet the growing need. In 2017, the U.S. Department of Health and Human Services estimated 500,000 individuals with autism would transition out of the education system and into adult service systems over the next 10 years.

“The autism prevalence rate is just going up and up and up, and even if it stays the same (at around 1 in 54 children currently), in 15 to 18 years, those kids are going to be phasing out of the school system …

We already have waitlists, so how are they supposed to take on more capacity without political will, without money, and without resources. I just don’t know. It’s exploding, and it’s very scary.”

The reported stated that there are already 1,600 people on the waiting list for adult services, but …

The current waitlist doesn’t even truly represent the number of people in need, advocates argue.

“I know so many families who say, ‘Well I’m not even bothering to apply for the waitlist, they’re never going to give me services, and I say, ‘No, you gotta put your name on because we have to be able to accurately count for the need,” Macnab said. “Only having (1,600) people on the waitlist is crazy because we all know there’s a hell of a lot more people that are going to need that service.”

This is the elephant in the room that no one is allowed to talk about. The increases are real. Children with autism will continue to flood our schools in ever-increasing numbers at the same time young adults aging out of school will need massive amounts of adult services. Why aren’t legislators asking about these constant increases?

The Journal Record story included quotes from state representatives and health officials all  calling for more funding and better services. Still, no one expressed any concern that things might get even worse. If Connecticut can’t afford to care for its current autistic adult population, how much more critical will things be in another five or ten years?

To all those Connecticut parents with young adult children waiting for services it should be noted that there is no place to move to. What’s happening in Connecticut is happening across the U.S. It is truly a national nightmare that’s just getting started.

As we were told, ‘It’s exploding, and it’s very scary.’