Is the NIH’s ‘Autism Czar’ Really Even Interested in Autism?

Dr. Ann Wagner, in charge of autism research at the NIH, appears to lack basic knowledge about the latest research on autism, and demonstrates a concerning lack of compassion for autistic children and their parents. 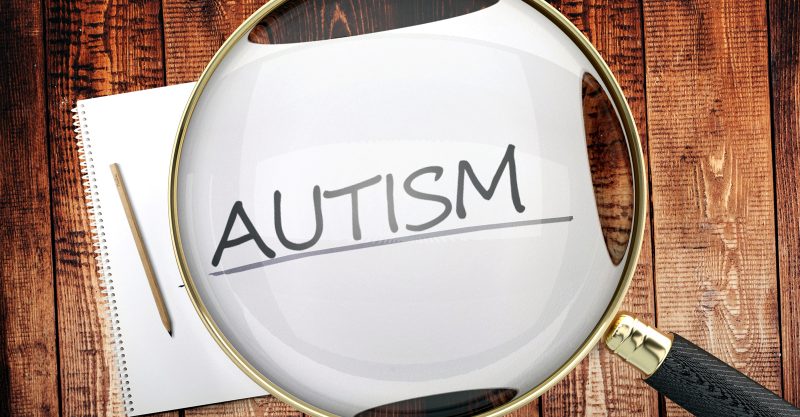 But the fact that so many young couples fear having a child with autism demonstrates that average Americans recognize how staggering the rise of autism has been over the past few decades and how serious the diagnosis is. Sure, the media loves to report on those smart, quirky college kids who are supposedly “autistic” but the reality is far darker.

The vast majority of kids with Autism Spectrum Disorder (ASD), 83%, will need care for their entire lives. Many, like my son, need care 24 hours a day. Almost half of ASD kids have significant gastrointestinal problems, a quarter have an impaired autoimmune system, almost a third develop epilepsy and almost all struggle to sleep.

The attitude at the National Institutes of Health (NIH) falls in line with that of the media: We’re supposed to think that autism is just a quirky difference, not the severe disability it often is, and certainly not something to worry about.

There is endless politically correct talk about “embracing differences.” The NIH tells autism families about “the importance of acknowledging their (ASD people’s) strengths.”

My son certainly has a lot of strengths. Many severely autistic boys, like mine, can put a fist through a wall. Sure, it’s great to advocate for acceptance of people with disabilities, but that is not the job of the NIH. The NIH is supposed to develop critically urgent interventions that our children desperately need to have a decent quality of life.

Yes, the NIH is finally advocating for more adult services. Yes, that is nice but the NIH also needs to talk to the U.S. Department of Health and Human Services (HHS) about that and focus on research.

The NIH employee in charge of the autism research portfolio is psychologist Dr. Ann Wagner. I don’t know about most parents, but when my son is struggling with seizures and gastrointestinal disease, I don’t take him to see a psychologist!

The time when autism was viewed as a disorder best studied by psychologists should be long over. Their myopic view of autism involves face gazing, eye gazing, social stories, learn the signs, etc. This covers about 20% of what is relevant. Over and over again, psychologists mistakenly ascribe medical conditions as psychological in nature. In reality, they’ve done tremendous damage to our kids.

If you’re an autism parent like me and have never heard of Wagner, I’m not surprised. She is both invisible and incompetent. Wagner refuses to meet with any parent group because “she is busy.” Busy doing what? Working on autism has not kept her busy. There is zero evidence she has done anything meaningful for people living with autism.

For example, when Lisa Widerlight, in her capacity as president of SafeMinds (an autism family advocacy group with over 5,000 members), asked for a short meeting with Wagner, pre-pandemic, she was told “absolutely not,” and that Wagner was “busy.” Wiederlight then asked for a meeting with a member of Wagner’s staff. To that request came another “absolutely not.” Instead, Wiederlight was told to attend one of the very infrequently held Interagency Autism Coordinating Committee (IACC) meetings.

IACC is a committee of NIH, HHS and Centers for Disease Control and Prevention employees working in ASD-related research priorities. A few stakeholders are on the committee as well. During their meetings, members of the public are allowed to address the committee for three minutes, tops. A public member can do this only one time per year. There is no interaction between the public speaker and the committee and no questions are answered. The best response one can hope for is, “Thank you for your input.”

Compare that treatment to what happens when I, as a New York resident, call the office of my Senator, Sen. Chuck Schumer. Say I call to get an update about Avonte’s Law. One of his aides gets right back to me. When a group of autism parents wants to meet with the senator, they get an appointment. Sen. Schumer has 8.5 million constituents. Just how many autism parents are calling Wagner every year and asking for an appointment? A dozen maybe? Wagner will not even spend five minutes with an autism parent, yet she claims to represent all of us.

I wondered why someone obviously so dispassionate about autism families and the sad state of autism research is even in this job. After a lot of research trying to answer this question, my conclusion is, “Beats me!” Wagner has contributed to only about 10 studies on autism. One of her biggest studies caught my eye immediately: “Loss of Skills and Onset Patterns in Neurodevelopmental Disorders: Understanding the Neurobiological Mechanisms.” To the mother of a child who suffered a catastrophic regression into autism, that’s like waving a red flag in front of a bull.

Autism parents will not be surprised when I say all doctors doubted me, claiming I must have “just missed the signs.” Thank goodness for home movies. No one could dismiss the video of my utterly healthy 18-month-old son speaking in complex sentences and cuddling his baby brother. Then they looked at video of the same child a few months later: a severely autistic nonverbal two-year-old screaming and head-banging.

It was written all over their faces when physicians or psychologists saw these videos as they desperately tried to process what they didn’t believe could be true. Regression is a lot more than the loss of a few words and the ability to point.

Wagner’s “loss of skills and onset patterns” study is an unmitigated disaster and should be retracted, in my opinion. This paper is filled with factual errors and unproven claims. But the worst part of it is its total and complete heartlessness, the lack of any compassion for those children struggling with this alarming condition. Wagner presents the loss of skills and speech in a “ho, hum” manner.

Wagner, et al. makes a half dozen flat out incorrect claims about regressive autism, including:

While this study is just three years old, it would be dated if it were published 15 years ago.

What actual research tells us about regressive autism

In 2013, Theoharides discovered significant brain inflammation is most severe in cases of regressive autism. In 2014, Mezzelani found a far greater degree of bowel problems and dysbiosis in regressive versus non-regressive kids. In 2019, Ferguson found a strong relationship between regressive autism and gastrointestinal problems.

I could cite 25 more papers like these. There is some lousy autism research that’s highly associated with psychologists — who shouldn’t be doing this kind of work in the first place.

The Wagner paper is so misleading, I believe the authors should be censured.

Wagner, et al advocate for using Rett Syndrome as a model for regressive autism. There couldn’t be a worse model. Retts’ syndrome is a wholly genetic disease that occurs at conception. Retts follows one model and never alters. Regressive autism is a dynamic, highly varied disorder with no genetic cause. Retts Syndrome is not even listed in the DSM Diagnostic Criteria anymore because it bears no relationship to autism. Retts is more akin to Tay Sachs disease, another wholly genetic neuro-disintegrative disorder.

Wagner ignores all obvious research priorities. Instead of the 100 more studies on the cerebellum that her group advocates, we should study all postnatal contemporaneous environmental exposures and medical events among non-regressive and regressive ASD kids.

We need to study differences in urine, blood and stool in these two groups. We need to closely examine differences in eating and sleeping habits. The location of the child’s home needs to be examined for proximity to coal-burning power plants, petrochemical industries, etc. There are at least a dozen more actual research priorities that Wagner and her team could focus on.

How does someone with so little current knowledge of autism, someone who refuses to meet with autism parents, someone whose research demonstrates no understanding of regressive autism come to be the leader of all autism research for the NIH?

My 17-year-old son is available and would do a better job. As the sibling of a boy with severe autism, he knows almost all there is to know about this medical condition and real-world research priorities. Most importantly, he actually has a deep sense of compassion and respect for this community.