Hours after a senior European Medicines Agency official told media there was a “clear” link between AstraZeneca’s vaccine and blood clots, the agency issued a statement saying it has “not yet reached a conclusion and the review is currently ongoing.” 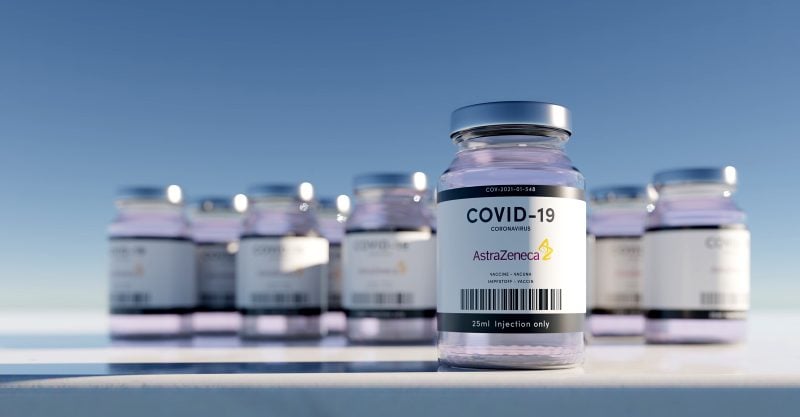 A senior official from the European Medicines Agency (EMA) was quoted earlier today as saying there is a “clear” link between the Oxford-AstraZeneca COVID vaccine and a rare blood clotting syndrome — but hours later the EMA denied having already established a causal connection between the vaccine and blood clots.

In a statement to Agence France-Presse, the EMA said today it had “not yet reached a conclusion and the review is currently ongoing,” adding it expected to announce its findings on Wednesday or Thursday.

Marco Cavaleri, the EMA’s head of vaccines, had earlier told Italy’s Il Messaggero newspaper that in his opinion, “it is clear there is a link with the vaccine, but we still do not know what causes this reaction.”

Cavaleri said among younger vaccinated people there was a higher-than-expected number of cases of cerebral thrombosis — blood clotting in the brain — compared with the general population.

He added the EMA would issue an updated recommendation on the shot Wednesday and would officially announce a connection “in the next few hours,” but would not likely be in a position this week to give an indication regarding the age of individuals to whom the AstraZeneca shot should be given.

Meanwhile drug safety experts in the UK today said there “could be” a causal link between the vaccine and blood clots, but that the vaccination program should continue, “with risk mitigation for women under 55,” The Guardian reported.

Saad Shakir, director of the drug safety research unit at Southampton University, told The Guardian the evidence accumulated in Europe and the UK “is consistent with causality.”

On Monday, the Daily Mail reported that two senior sources at the UK’s Medicines and Healthcare Regulatory Agency (MHRA) told Channel 4 News that while data is still unclear, there are growing arguments to justify offering younger people under the age of 30 a different vaccine.

The statements by the two sources came after Professor Neil Ferguson, epidemiologist and former UK government advisor on coronavirus, said the AstraZeneca vaccine may not be suitable for young people if its link to blood clots is proven true.

“In terms of the data at the moment, there is increasing evidence that there is a rare risk associated, particularly with the AstraZeneca vaccine,” Ferguson told the BBC Radio 4 Today Programme. “But it may be associated at a lower level with other vaccines, of these unusual blood clots with low platelet counts. It appears that risk is age-related, it may possibly be — but the data is weaker on this — related to sex.”

Ferguson said older and middle-aged groups should “very much” get the vaccine because the threat of COVID far outweighs the risk of the clots.

But the epidemiologist said the balance of risk is slightly more complicated when younger people who are less vulnerable to the virus are considered. The risk of blood clots from the vaccine may prove to be higher in younger age groups.

Last week, the Netherlands became the latest country to halt the use of AstraZeneca’s COVID vaccine. In an official statement April 2, the Netherlands Health Minister said he was suspending the vaccination for those under age 60 pending a further assessment by the EMA due to five cases of reported blood clots and the death of a woman who suffered a brain haemorrhage within 10 days of vaccination.

Dutch Health Minister Hugo de Jonge said there should be no doubt whatsoever about the safety of vaccines.

“The crucial question is still whether it concerns complaints after vaccination or due to vaccination,” he said in a statement, adding “it is wise to press the pause button now as a precaution.”

In response, AstraZeneca released a statement Friday saying it was working with Dutch authorities. “Authorities in the UK, European Union, the World Health Organization (WHO) have concluded that the benefits of using our vaccine to protect people from this virus significantly outweigh the risks across all adult age groups,” the vaccine maker said.

On April 5, Britain’s health regulator said it was considering a proposal to restrict the use of the AstraZeneca COVID vaccine in younger people over concerns about rare blood clots. The UK had previously promoted AstraZeneca even while more than 20 countries suspended the vaccine due to blood clot concerns.

In total, the MHRA has identified 30 cases of rare blood clot events and revealed seven people in the UK died from blood clots after getting the vaccine. The MHRA said it wasn’t clear if the vaccine is causing blood clots.

The MHRA did not disclose any information about the ages or health conditions in affected vaccine recipients, but said a “rigorous review into the UK reports of rare and specific types of blood clots is ongoing.”

As of March 31, the EMA had not yet identified any risk factors — such as age, sex or a previous history of blood clotting disorders — associated with AstraZeneca’s vaccine. The EMA issued a statement March 31 reiterating its previous conclusion that the vaccine’s benefits outweigh the risks, but cautioned that people should be aware of the “remote possibility” of rare blood clots and seek immediate medical attention in case of symptoms.

Although EMA officials said they do not know how the vaccine is causing blood clots, two independent research teams in Norway and Germany announced in March they had identified antibodies associated with the immune response that caused the type of blood clots experienced by some people who received AstraZeneca’s vaccine. As a result, several countries did not lift restrictions on the vaccine’s use.

As The Defender reported, a German team led by professor Andreas Greinacher said in a statement AstraZeneca’s vaccine may, in some cases, prompt overactivation of platelets in the blood, which can lead to potentially deadly clots.

Greinracher’s team found that AstraZeneca’s vaccine activated blood platelets, which typically only happens in the body when a wound is healing — when the blood coagulates as the wound closes. In some patients, the vaccination activated a mechanism that caused blood clots to form in the brain.

Pål Andre Holme, chief physician at Oslo University Hospital, told the Norwegian newspaper VG his research team had identified antibodies triggered by the vaccine that caused an overreaction of the immune system leading to blood clots.

“Our theory is that this is a strong immune response that most likely comes after the vaccine,” Holme said. “There is no other thing than the vaccine that can explain this immune response.” It’s the same theory that Greinacher and his colleagues put forward in Germany.

Norwegian experts disagreed with the EMA’s initial conclusion and announced March 18 that there was a causal relation between the AstraZeneca COVID vaccine and rare blood clots, low levels of platelets and bleeding which appeared in five recently vaccinated individuals in Norway.

“Norway believes that there is a reasonable foundation for assuming that there is a causal effect. This is why we wished for this clinical condition to be added to the list of side effects. When this didn’t happen, we dissented,” Sigurd Hortemo from the Norwegian Medicines Agency told Norwegian national newspaper VG.

The WHO, EMA and MHRA have all said people should continue taking the vaccine  because the benefits in preventing COVID and its complications outweigh the risks.

Although AstraZeneca’s vaccine has been authorized for use in the EU, it has not yet received Emergency Use Authorization (EUA) in the U.S. The company plans to apply for EUA soon. If approved, AstraZeneca would become the fourth available vaccine in the U.S., joining Moderna, Pfizer and Johnson & Johnson.