Germany Indefinitely Suspends AstraZeneca Vaccine for Anyone Under Age 60

Following advice from the country’s independent vaccine committee, German health officials unanimously agreed to the indefinite suspension of AstraZeneca’s COVID vaccine in anyone under 60. 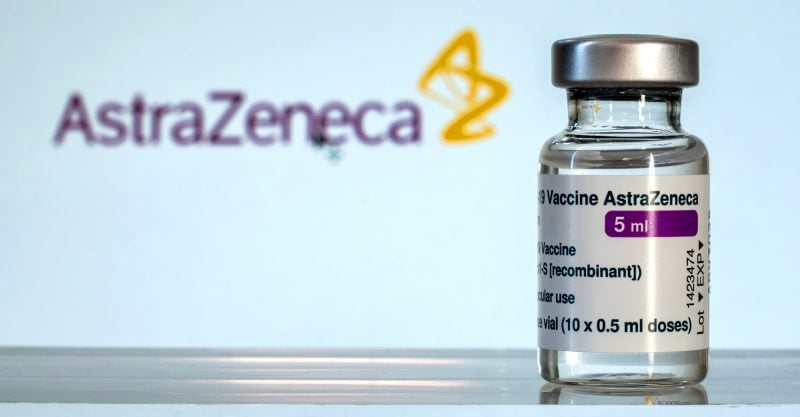 Germany indefinitely suspended use of the Oxford-AstraZeneca COVID vaccine for  anyone under 60 following advice from STIKO, the country’s independent vaccine committee and external experts. The committee investigated reports of blood clots, some fatal, in people who received the vaccine.

According to the Associated Press, Health Minister Jens Spahn and state officials unanimously agreed to give the vaccine only to people 60 or older unless they belong to a high-risk category where the benefits outweigh the risk of a serious side-effect.

“In sum, it’s about weighing the risk of a side effect that is statistically small, but needs to be taken seriously, and the risk of falling ill with corona,” Spahn told reporters in Berlin.

The European Medicines Agency (EMA) today said they’ve not yet identified any risk factors — such as age, sex or a previous history of blood clotting disorders — associated with the AstraZeneca vaccine.

The EMA issued a new statement reiterating their previous conclusion that the vaccine’s benefits outweigh the risks, but cautioned that people should be aware of the “remote possibility” of rare blood clots occurring, and must seek immediate medical attention in case of symptoms.

The EMA said it “continues to work with the national authorities in the EU Member States to ensure that suspected cases of unusual blood clots are reported” and analyzed.

As The Defender reported Tuesday, several regions of Germany, including Berlin and Munich, temporarily paused the vaccine for people under 60 after Germany’s vaccine regulator disclosed 31 cases of a rare brain blood clot, nine of which resulted in deaths. The decision was made as a precaution ahead of a meeting with national medical regulators scheduled for later in the day yesterday.

The outcome of the Tuesday meeting in Germany was the decision, announced today, to indefinitely suspend use of the AstraZeneca vaccine in people under 60.

The German regulators’ decision was “based on the currently available data on the occurrence of rare but very severe thromboembolic side effects. This side effect occurred four to 16 days after vaccination, predominantly in people [under] 60 years of age,” STIKO said.

STIKO is also looking into the possibility of administering a second shot with a different COVID vaccine, for those who have already received their first dose.

Chancellor Angela Merkel said the suspension of the vaccine’s use in the under-60s would help boost citizens’ trust in AstraZeneca’s COVID vaccine after a series of missteps, Reuters reported.

“Everything is based on one principle and that is trust,” Merkel said. “Confidence arises from the knowledge that every suspicion is counted in every individual case.”

In a statement ahead of the announcement, the vaccine maker said tens of millions of people had received the vaccine and that the EU regulator and World Health Organization concluded the benefits outweighed the risks.

AstraZeneca told CNBC it would continue to analyze its database to understand “whether these very rare cases of blood clots associated with thrombocytopenia occur any more commonly than would be expected naturally in a population of millions of people.”

“We will continue to work with German authorities to address any questions they may have,” it added.

Previously, Germany had not given the vaccine to people 65 and over, saying there was insufficient data on its efficacy in that age group. Earlier this month, more than 20 countries, including Germany, suspended use of the AstraZeneca vaccine after reports of rare blood clots in the brain, some resulting in death, in healthy people who received the vaccine.

Although authorized for use in the EU, AstraZeneca’s vaccine has been authorized for use in the EU, it has not yet received Emergency Use Authorization (EUA) in the U.S. The company plans to apply for EUA in the upcoming weeks. If approved, AstraZeneca would become the fourth available vaccine in the U.S., joining Moderna, Pfizer and Johnson & Johnson.