EU Regulators: AstraZeneca Vaccine ‘May’ Cause Blood Clots, But Still ‘Safe and Effective’

The European Medicines Agency said today the Oxford-AstraZeneca COVID vaccine “may be associated with very rare cases of blood clots,” but the vaccine is “safe and effective” and countries should continue to use it. 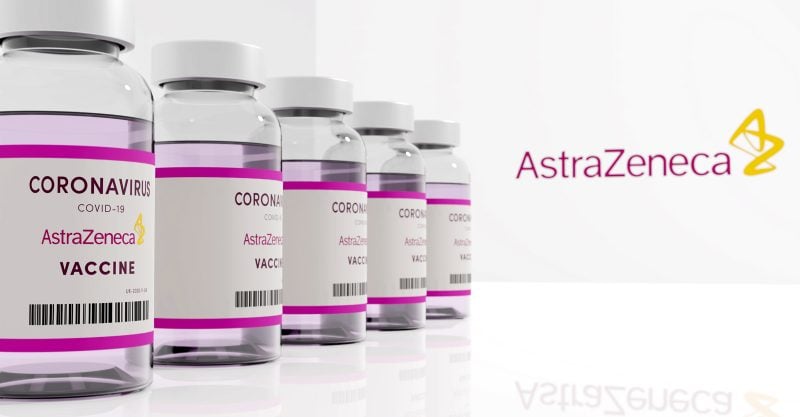 The European Medicines Agency (EMA) said today the Oxford-AstraZeneca COVID vaccine “may be associated with very rare cases of blood clots,” but the vaccine is “safe and effective” and countries should continue to use it.

The EMA launched an investigation into the vaccine after reports of blood clot disorders in healthy vaccine recipients, some of whom died after receiving the shot, prompted more than 20 countries to suspend use of the vaccine.

According to preliminary findings published today by the EMA, the agency determined AstraZeneca’s vaccine was not associated with an overall risk of blood clots in those vaccinated and there was no evidence of a problem related to specific batches of the vaccine or manufacturing sites.

Despite the possible risk of blood clots, the head of the EMA, Emer Cooke, stated the benefits of the vaccine outweigh the risks of potential side-effects and AstraZeneca’s vaccine is safe and effective.

Reports of blood clots have involved mostly young, healthy individuals who would likely recover from COVID if they were to contract it, according to numerous sources that publish mortality statistics, including the Centers for Disease Control and Prevention, Statista and World Health Organization (WHO).

Though European regulators claim the risk of blood clots is low, a top Norwegian health official Pål Andre Holme, said blood clot disorders are not typical and are occurring in people who, if they actually got COVID, would not have a serious case.

“We’re talking about relatively young people that have become very sick here, and died, that probably wouldn’t have got such a serious case of COVID,” he said.

Holme, chief physician at Oslo University Hospital, was tasked with investigating a series of cases where young healthcare workers experienced blood clots after receiving the AstraZeneca vaccine, according to ZeroHedge.

Holme said on Thursday, before the EMA released its findings of what he described as a “hastily conducted safety review,” that he had a theory about what caused the reactions in three healthcare workers under 50, and that the AstraZeneca shot was the trigger:

“Our theory that this is a powerful immune response which most likely was caused by the vaccine has been found. In collaboration with experts in the field from the University Hospital of North Norway HF, we have found specific antibodies against blood platelets that can cause these reactions, and which we know from other fields of medicine, but then with medical drugs as the cause of the reaction.”

Though Holme acknowledged it was just a theory, he said there was nothing else that could have triggered such an intense immune response in all three patients. The vaccine was the only common factor.

“There is nothing in the patient history of these individuals that can give such a powerful immune response. I am confident that the antibodies that we have found are the cause, and I see no other explanation than it being the vaccine which triggers it,” Holme said.

Britain’s Medicines and Healthcare Products Regulatory Agency (MHRA) today reported that there had been five cases of a rare type of blood clot in the brain among those vaccinated with AstraZeneca’s vaccine. But agency officials said they found the benefits of the shot far outweighed any possible risks, according to Reuters.

Though many European countries paused the rollout of the shot while the EMA investigated the rising reports of blood clots, MHRA said that use of AstraZeneca’s vaccine should continue and that it likely would — even if a link between the shot and blood clot disorders were proven.

“The benefits of the vaccine in preventing COVID-19, with its associated risk of hospitalization and death, continue to outweigh the risks of potential side effects,” said June Raine, MHRA chief executive.

The decision this week by more than 20 European countries to temporarily suspended use of AstraZeneca’s COVID-19 vaccine caused a rift between vaccine safety experts, who said the cases of blood clotting and reported deaths were alarming and unusual, and public health officials concerned that pausing the vaccine could delay Europe’s vaccine roll-out and amplify vaccine hesitancy.

According to The New York Times, the suspension of the AstraZeneca vaccine had as much to do with political considerations as scientific ones. Critics blamed Germany for the suspensions that followed in other countries.

Germany’s Health Minister, Jens Spahn, acted on expert advice after Germany’s vaccine oversight body, the Paul Ehrlich Institute, reported on what it described as a statistically significant number of cases of a rare brain blood clot. A “chaotic round of telephone diplomacy” ended with the EU’s biggest states agreeing to put AstraZeneca on hold, reported Reuters.

Ian Jones, professor of virology at Britain’s Reading University, said the blood clot issue had “been picked up by politicians who don’t know one side of a virus from another.”

A senior German government source denied that Berlin had exerted any pressure, noting that smaller EU member states such as Austria and Belgium had already raised the alarm.

“Nobody is being forced to do anything,” said the German source. “That’s not how the EU works.”

Prior to today’s announcement by the EMA, AstraZeneca said it had reviewed its COVID-19 immunization data and found no evidence of any increased risk of blood clots in any age group or gender in any country.

As The Defender reported Tuesday, the WHO had previously said that an ongoing analysis by its vaccines advisory committee had not established a causal link between the vaccine and blood clots and countries should keep using it.

In light of today’s announcement, the EMA encouraged patients to seek medical attention and inform healthcare professionals of any symptoms suggestive of clotting problems after being vaccinated.