VAERS data released Friday by the Centers for Disease Control and Prevention included a total of 1,217,333 reports of adverse events from all age groups following COVID vaccines, including 26,699 deaths and 217,301 serious injuries between Dec. 14, 2020, and April 1, 2022. 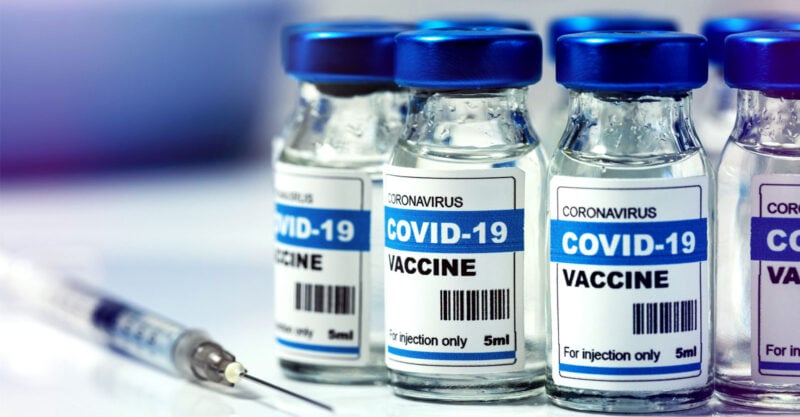 The Centers for Disease Control and Prevention (CDC) today released new data showing a total of 1,217,333 reports of adverse events following COVID vaccines were submitted between Dec. 14, 2020, and April 1, 2022, to the Vaccine Adverse Event Reporting System (VAERS). VAERS is the primary government-funded system for reporting adverse vaccine reactions in the U.S.

The data included a total of 26,699 reports of deaths — an increase of 303 over the previous week — and 217,301 of serious injuries, including deaths, during the same time period — up 2,780 compared with the previous week. 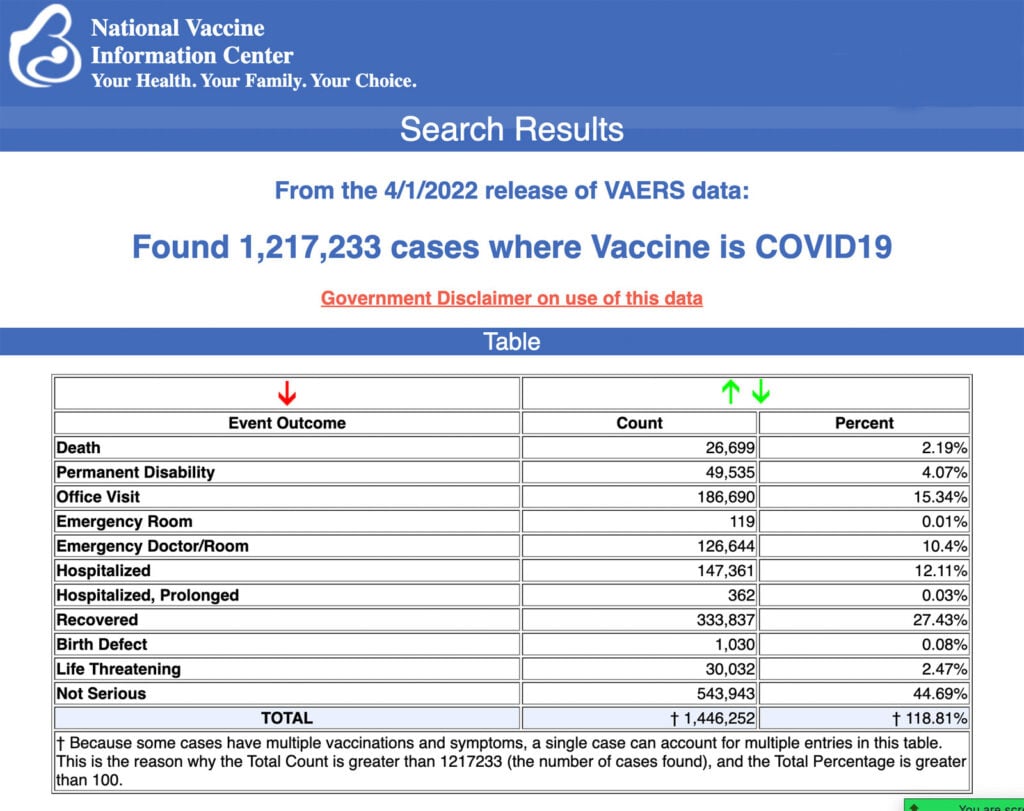 A 34-year-old man died suddenly just two weeks after receiving his first dose of Pfizer’s COVID vaccine from an acute aortic dissection — an uncommon medical emergency in which the inner layer of the large blood vessel branching off the heart’s aorta tears. The condition mostly affects men in their 60s and 70s.

In an exclusive interview with The Defender, Victor Castillo Simoes’ mother, Henrietta, said her son’s only symptom was the chest pain he experienced shortly before he died.

After his death, Henrietta said testing ruled out genetic factors that could have caused the heart condition, and a prestigious researcher working with the family shared her suspicion the vaccine triggered the event.

Henrietta on Sept. 9, reported her son’s death to VAERS. The CDC offered its condolences but did not investigate Simoes’ death.

According to the VAERS website, the CDC follows up only on reports classified as serious by “attempting to obtain medical records to better understand the event.”

In the case of many vaccine injury stories reported by The Defender — including Simoes’ — medical records are not available for those who suddenly die after receiving a COVID vaccine and did not make it to a hospital for treatment.

According to the VAERS website, this means the CDC is not following up on these reported deaths.

After nine-and-a-half hours, the Vaccines and Related Biological Products Advisory Committee (VRBPAC) failed to reach a consensus, even though last week both the CDC and FDA quietly authorized an additional booster for people over age 50 and the immunocompromised.

During the meeting, committee members determined a second booster dose might be effective — but they weren’t sure for how long. The panel didn’t know how to define effectiveness or when a new vaccine formulation would be needed to address new variants.

It was also revealed a second dose was authorized based on data from Israel that had not been peer-reviewed. The government of Israel offered the second booster to Israelis over age 60 (not 50) at least four months after their third dose and only followed participants for 8 weeks.

Severe illness defined in the study was different than the committee’s position, which had always defined severe illness as that which required hospitalization.

Dr. Peter Marks, director of the FDA’s vaccine division, Center for Biologics Evaluation and Research, admitted during the meeting the fourth vaccine dose approved last week was a “stopgap measure” — in other words, a temporary measure to be implemented until a proper solution may be found in the future.

Newly released documents obtained via a Freedom of Information Act Request revealed Pfizer hired about 600 additional full-time employees to process adverse event reports during the three months following the Emergency Use Authorization of its COVID-19 vaccine.

The company said it expected to hire a total of 1,800 additional resources by the end of June 2021, according to the documents.

Despite the findings, Pfizer told the FDA its vaccine was “safe and well-tolerated in healthy adults 18 to 55 years of age, with no unanticipated safety findings.”

Pfizer knew natural immunity was as effective as COVID vaccine

As The Defender reported on April 6, the Pfizer documents released April 1 also confirmed Pfizer knew natural immunity was as effective as the company’s COVID vaccine at preventing severe illness.

In a discussion with “Rising” co-hosts Robby Soave and Ryan Grim, Kim Iversen identified what she said was the “first bombshell” in the documents: the fact that “natural immunity works, and Pfizer knows it.”

Iversen said clinical trial data showed those with previous COVID infection had no difference in outcome compared to those who were vaccinated.

In the limited trial, none of the vaccinated or those with previous infection experienced severe disease as defined by either the CDC or FDA.

The data also showed infection rates were “statistically identical” among the vaccinated and those with natural immunity.