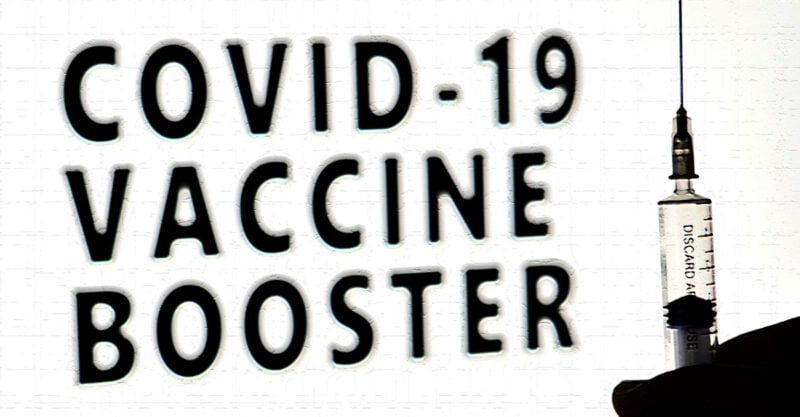 The U.S. Food and Drug Administration’s (FDA) vaccine advisory panel met Wednesday to discuss the topic of a second booster dose of COVID-19 vaccines for the American public.

After nine-and-a-half hours, the Vaccines and Related Biological Products Advisory Committee (VRBPAC) failed to reach a consensus, even though last week — despite a paucity of data — the agency authorized a second booster dose for people over age 50 and the immunocompromised.

The committee did not discuss Emergency Use Authorization or approval of COVID vaccines for children or infants.

In a session riddled with technical issues and punctuated by a sobering 60-minute long public hearing, committee members sought to answer these basic questions:

After more than four hours of scheduled presentations from researchers in the U.S. and Israel followed by a prolonged discussion, the committee answered the above questions as follows:

Dr. Meryl Nass, an internist and member of the Children’s Health Defense Scientific Advisory Committee, live-blogged her impressions of the discussion here.

Two hours into Wednesday’s meeting, Dr. Sharon Alroy-Preiss, director of Public Health Services, Israel, and Ron Milo, Ph.D., presented the only outcome data available on the effectiveness of a fourth dose of the Pfizer vaccine.

This was the data that prompted the FDA to act more than a week before this meeting was convened.

The government of Israel offered the second booster to Israelis over age 60 (not 50) at least four months after their third dose.

Approximately one-half of the over-60 population in Israel was doubly boosted.

With 1.2 million Israelis in this age group, this New England Journal of Medicine (NEJM) study compared two groups of about 600,000 individuals. This population was observed for only eight weeks. 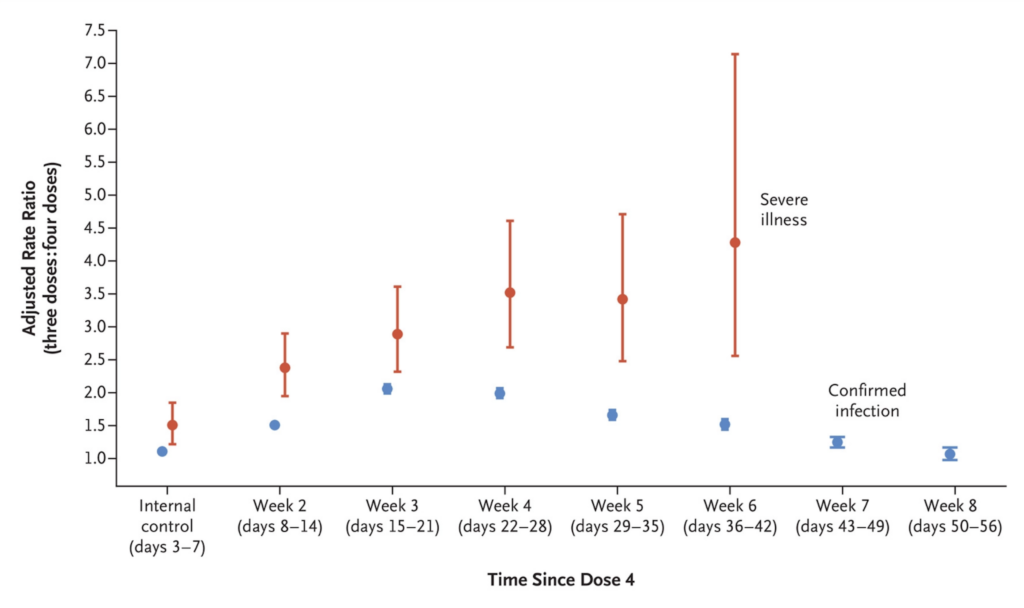 Milo then presented non-peer-reviewed data that showed effectiveness against severe disease declined substantially (56%) at week seven. This point was not stressed and committee members did not question him further about it.

Notably, “severe illness” was not defined as hospitalization but as one of three clinical findings: a respiratory rate >30, oxygen saturation less than 94% or a ratio of partial pressure of arterial oxygen to fraction of inspired oxygen <300.

These clinical findings are indicative of significant respiratory compromise but do not necessarily constitute a need for hospitalization.

The key points here are:

Prior to the reports from the Israeli researchers, Centers for Disease Control and Prevention (CDC) employee Heather Scobie, Ph.D., MPH, presented the CDC’s information on emergent SARS-CoV-2 strains in the U.S.

The above plot demonstrates the rapid emergence over time of variant strains in the U.S.

As of the beginning of 2022, the Omicron variant is responsible for the overwhelming majority of cases, hospitalizations and deaths in this country.

This makes the strategy of continued boosting with a vaccine formulation designed to protect against the original Wuhan strain questionable.

One advantage of using mRNA-based vaccines is that new formulations can be rapidly developed. However, even if a new variant is identified, it still takes months to manufacture, test and deploy.

Robert Johnson, deputy assistant secretary at the Biomedical Advanced Research and Development Authority , who presented during the meeting said:

“If you’re not on your way to that clinical trial by the beginning of May, it’s going to be very difficult to meet demand [by September].”

The FDA is in a difficult position. New variants will emerge. The current vaccines show waning efficacy within a few months. When will it be appropriate to authorize a new primary series of reformulated vaccines?

Nass summed it up this way:

“The FDA has no idea what it wants nor what it will do regarding planning for new versions of boosters. None of its speakers are willing to venture a guess as to what will be needed. Of course, all are scared that they will recommend some variant that will have disappeared before the vaccine rollout.”

Dr. Cody Meissner, a VRBPAC committee member and chief of pediatric infectious diseases at Tufts University, asked what was perhaps the most obvious question regarding the emergence of variants: “Why are we seeing so many?”

His question was not answered. There was no discussion of the theory that introducing highly specific, leaky (those that do not prevent infection or transmission) vaccines in the midst of a global pandemic will necessarily result in resistant strains.

The committee heard 21 separate three-minute presentations from members of the public.

Additionally, more than a dozen individuals told personal stories of how COVID vaccines devastated their lives and how the medical system and the government ignored their pleas for help.

Brianne Dressen, a young woman who was severely injured in the Astra-Zeneca COVID vaccine trial and ignored by the investigators and vaccine manufacturer.

Committee members refrained from acknowledging the outstanding research offered by the independent scientists or the plight of those who were injured by the jabs.

An extended discussion period followed the last scheduled presentation. Temporary committee member and chair of the meeting, Dr. Arnold Monto, sought to establish a consensus position on how to proceed.

No data was presented at all regarding strain choice/prediction of what to use as the antigen(s) for a newer vaccine.

Commenting on that lack of data, Nass said:

“It was as if everyone just got the idea to begin thinking about this yesterday. It appeared that neither CDC, FDA nor the VRBPAC advisors wanted to take any initiative or responsibility in figuring out what kind of a vaccine comes next.

“Was everyone dancing around the strain/variant choice because in fact no one really wants a newer vaccine, or because no one wanted to be responsible for picking a loser?  I could not tell if this was a slow-roll or an agency and advisors who are highly risk-averse.”

The committee will meet again early this summer after more data becomes available.