Researchers have developed the first diagnostic test for autism that analyzes environmental exposure history — what researchers call the exposome — to aid in the diagnosis of autism spectrum disorder. 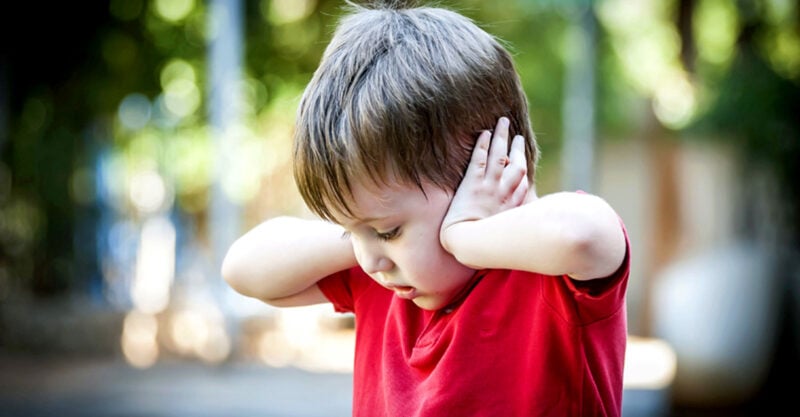 Researchers have developed the first diagnostic test for autism that analyzes environmental exposure history — what researchers call the exposome — to aid in the diagnosis of autism spectrum disorder (ASD).

StrandDx, developed by New York startup LinusBio, uses a single strand of hair to analyze patterns of hair growth that reflect the history of exposure to metals and other toxins associated with autism and how the body metabolizes them over time.

ASD is currently diagnosed through clinically observable behavior patterns in social interaction and communication. Research historically has focused on identifying the genetic components of ASD, however, there is no genetic test for autism.

“This is essentially an environmental exposure assay and not a genetic assay,” Brian Hooker, Ph.D., P.E., Children’s Health Defense chief scientific officer told The Defender.  “That is quite an admission, especially in the face of genetic reductionist researchers who dismiss the environment as playing a role in the development of autism.”

James Lyons-Weiler, Ph.D., told The Defender, “The hands-down most important aspect of this study is that children test positive for autism, they are really testing positive for detoxification deficiency.”

Lyons-Weiler, author of “The Genetic and Environmental Causes of Autism,” added:

“That means their body has difficulty processing different environmental toxins. Avoiding those toxins — metals in vaccines, pesticides in food and environment, acetaminophen in childhood, etc. — would therefore help to avoid developing ASD.”

The U.S. Food and Drug Administration (FDA) granted “breakthrough device” designation to the test, which places it into a fast lane through the agency’s regulatory review process.

As ASD rates soar, CDC ignores evidence that environmental factors may be at play

As autism rates skyrocketed among U.S. children over the past several decades, along with concern among parents, much research has turned to investigating the role of environmental risk factors and the role such factors have in compounding underlying diverse genetic factors.

Environmental risk factors include metals like aluminum and mercury in vaccines, glyphosate exposure, use of acetaminophen during pregnancy and infancy, heavy metals in baby food, and other organic environmental pollutants.

Despite growing evidence that environmental factors may play a role in the development of ASD, the Centers for Disease Control and Prevention (CDC) research through the Autism and Developmental Disabilities Monitoring Network does not investigate environmental exposures as a potential cause.

Need to get kids ‘out of harm’s way’

The average age of ASD diagnoses in the U.S. is 4 years and 4 months, according to the CDC.

“By that time, so much brain development has already happened,” according to Manish Arora, Ph.D., MPH, bachelor of dental surgery, LinusBio’s CEO and professor of environmental medicine and public health at the Icahn School of Medicine at Mount Sinai. “We want to enable early intervention.”

Previous research by the test’s makers suggested that autistic people’s teeth contain atypical levels of some metals, and that that information can be used to predict autism diagnoses.

But the use of deciduous teeth as a biomarker of ASD is limited, as teeth are not readily accessible in the first year of life.

StrandDx is designed to help predict the later emergence of ASD using samples collected from children from birth to 21 years.

Early diagnosis of autism can make a difference, said Dr. Kristin Sohl, a pediatrician at the University of Missouri Health Care and chair of the American Academy of Pediatrics’ Council on Children with Disabilities Autism Subcommittee. Symptoms of some kids who begin behavioral therapy by age 2 or 3 can be greatly reduced.

But Lyons-Weiler cautioned against relying exclusively on behavioral therapy. He told The Defender:

“It is really important that the results of this test not be looked at as, ‘Oh we can start clinical intervention right now with language development.’ No, because they will still regress to autism. All of your effort will be for nothing. What you want to do is get these kids out of harm’s way.”

He said that early treatments should also be “either detoxification therapy, or better yet, just avoid toxins.

How the test works

The StrandDx test runs a laser along a strand of hair and turns it into plasma for analysis, with different points along the hair’s length corresponding to different periods of growth.

Then a machine-learning algorithm looks for patterns of dysregulation in metals that are markers of autism.

Analyzing hair samples makes it possible to look at chemical exposures and how the body regulates them over time, similar to how the rings of a tree can reveal its age and changing environment, Arora told Spectrum News.

“We can detect the clear rhythm of autism with just about one centimeter of hair,” he said.

To evaluate the effectiveness of their technology, researchers analyzed hair samples from 486 children across three countries: Japan, Sweden and the U.S.

Although still in the early stages of development, the test predicted autism accurately about 81% of the time, according to a peer-reviewed study published last month in the Journal of Clinical Medicine.

The developers see the tool as an aid to clinicians in reaching a diagnosis that could be used in combination with existing behavioral diagnosis methods.

“The technology is incredibly novel,” Dr. Andrea Baccarelli, a Columbia University professor of environmental health sciences who was not involved in the research, told NBC. “The use of hair and the type of measurements they’re doing with hair is innovative. … It’s groundbreaking.”

LinusBio says the test could be a key to diagnosing a range of conditions. Researchers from the Icahn School of Medicine at Mount Sinai have explored using the exposome to detect diseases such as amyotrophic lateral sclerosis, better known as ALS or Lou Gehrig’s disease, as well as attention-deficit/hyperactivity disorder and certain pediatric cancers.

“The very good news is that if this test or a test like this were in widespread use it should lead to red alerts for children who are experiencing a higher body burden of metals, and even the expected false positives might benefit healthwise in other ways if routes of exposures are identified and mitigated. No one needs the metals that would lead to aberrant metabolism, regardless of whether ASD is in the cards for them or not.”

But, he said, the study still needs much further validation.

“While the study used patient data from three countries and the investigators appropriately assessed their internal generalizability (to their study data), it is still one data set and still one study.”

Heather Volk, an associate professor in the department of mental health at Johns Hopkins Bloomberg School of Public Health, concurred. “This needs to be repeated on bigger sample sizes and a bigger data set,” Volk told NBC news.

“There is certainly much more work to be done before concluding that this test is a valid measure of autism spectrum disorder risk,” Dr. Scott Myers, a neurodevelopmental pediatrician at the Geisinger Autism & Developmental Medicine Institute, also commented.

To continue the FDA review process, the researchers will compare StrandDx’s results with clinician evaluations using “gold-standard measures” among about 5,000 children.

Data from that study will inform the FDA’s evaluation of the technology and provide data on which markers StrandDx should focus on.

Those results are crucial to evaluate how clinicians should view StrandDx, says Stephen Sheinkopf, Ph.D., executive director of the Thompson Center for Autism and Neurodevelopmental Disorders at the University of Missouri.

“Before we get too excited about something like this, we need to know more about its sensitivity and specificity and just how it’s performing,” he told Spectrum News.

LinusBio received $16 million in venture capital financing for its research and development, the company announced last week in a press release.