A peer-reviewed Danish study found a mother’s exposure to toxic “forever chemicals” during her first trimester could result in a lower sperm concentration, lower total sperm count, and a higher proportion of nonprogressive and immotile sperm in her adult son. 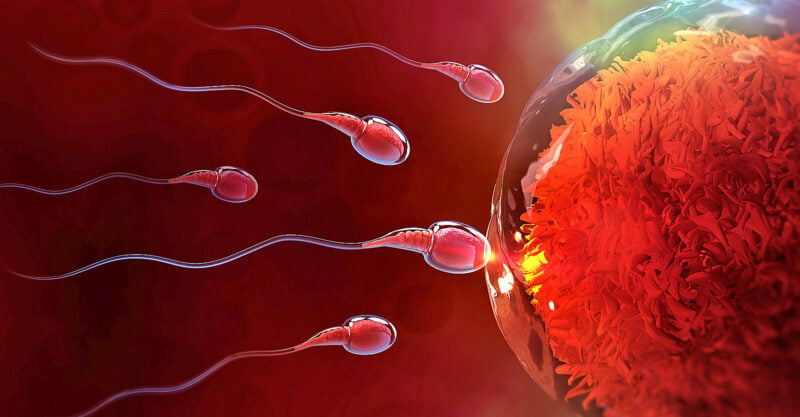 A new peer-reviewed study of Danish men found those whose mothers were exposed to toxic per- and polyfluoroalkyl substances (PFAS), or “forever chemicals,” during early pregnancy had lower sperm concentration, lower total sperm count, and a higher proportion of nonprogressive and immotile sperm.

The large-scale population-based study published Oct. 5 in Environmental Health Perspectives assessed semen characteristics and reproductive hormones in 864 young Danish men ages 18.9 to 21.2 who were born to women who provided plasma samples primarily during their first trimester of pregnancy between 1996 and 2002.

Levels of 15 PFAS were measured from maternal samples and seven PFAS had high enough levels to be included in the study. Semen quality, testicular volume and levels of reproductive hormones and PFAS were then assessed in young men from the Fetal Programming of Semen Quality cohort established between 2017 and 2019.

Researchers found that mothers with higher levels of exposure to PFAS during early pregnancy raised adult sons with lower sperm counts and elevated immotile sperm levels. Sperm motility refers to the ability of sperm to swim efficiently, which is required to move through the reproductive tract to reach and fertilize a woman’s egg. Both lower sperm counts and immotile sperm can cause infertility.

“In a sample of young men from the general Danish population, we observed consistent inverse associations between exposure to maternal PFAS and semen quality,” the authors wrote. “The study needs to be replicated in other populations, taking combined exposure, as well as emerging short-chain PFAS, into consideration.”

The study is the first to examine exposure to PFAS during the first trimester, which is when the male reproductive organs are in their developmental period.

According to the study’s co-author Sandra Søgaard Tøttenborg of the Copenhagen University hospital, reproductive capacity in males is primarily defined as testicles develop in utero during the first trimester of pregnancy.

“It makes sense that exposure to substances that mimic and interfere with the hormones involved in this delicate process can have consequences for semen quality later in life,” Søgaard Tøttenborg told The Guardian.

PFAS are known as “forever chemicals” because they do not break down, but instead, accumulate in humans, animals and the environment. A growing body of evidence links forever chemicals to cancer, birth defects, liver disease, kidney disease, poor immunity, altered metabolism and infertility.

According to the Centers for Disease Control and Prevention, 98% of Americans have trace amounts of PFAS in their blood, which can cross the placental barrier and accumulate in the growing fetus.

A recent analysis of scientific literature, including 40 studies of umbilical cord blood, detected PFAS chemicals in all 30,000 samples over the last five years. Many of the studies linked PFAS exposure in utero to health complications in unborn babies, young children and adults later in life.

Some studies linked cord blood exposure with disruptions to thyroid glands and microbial cells in the colon.

The findings are concerning because fetuses are “more vulnerable to these exposures because their developing bodies don’t have the mechanisms to deal with the chemicals,” said Uloma Uche, an environmental health science fellow with the Environmental Working Group.

“The presence of these chemicals is also a threat to pregnant people, serving as first contacts with PFAS before they can pass from the uterus to the developing fetus by way of the umbilical cord,” Uche said. “Even before you’ve come into the world, you’re already exposed to PFAS.”