A new study by Environmental Working Group scientists found almost 42,000 potential sources of toxic “forever chemicals” known as PFAS could be polluting surface water or drinking water in communities across the U.S. The scientists called for more testing and stricter PFAS regulations. 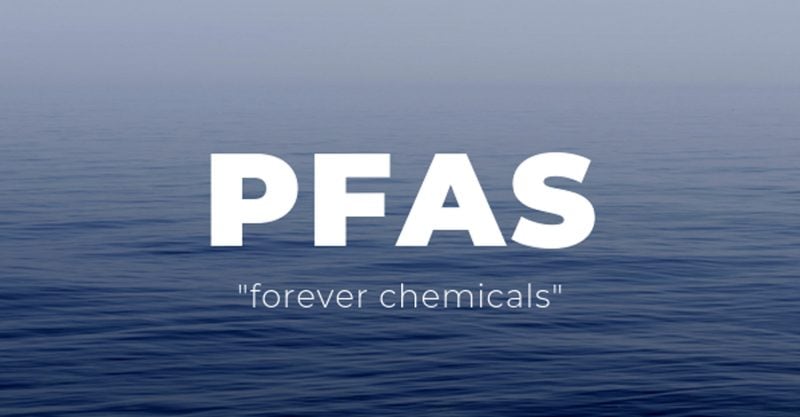 A new study by Environmental Working Group (EWG) scientists finds almost 42,000 potential sources of the toxic “forever chemicals” known as PFAS that could be polluting surface water or drinking water in communities across the U.S.

PFAS pollution affects all communities, from the affluent to those near the fence lines of industrial facilities. More work is urgently needed to identify areas where residents might face greater health risks from contaminated water.

The facilities that appeared most often as possible sources were solid waste landfills, wastewater treatment plants, electroplaters and metal finishers and petroleum refiners.

The analysis was published in a special issue of the American Water Works Association Water Science journal featuring the latest PFAS research.

PFAS are called forever chemicals because they build up in our bodies and never break down in the environment.

“It is critical that the EPA start regulating PFAS – now,” said David Andrews, Ph.D., the lead author of the study and a senior scientist at EWG. “Every community in the U.S. is likely affected by PFAS contamination, but those living near or downstream from industrial facilities may be more at risk.

“Our investigation identifies a huge number of potential sources of contamination. It also provides a framework for deciding where and what to test so we can end releases into the environment,” Andrews added.

In March, EWG-commissioned tests of tap water samples from throughout Northern Virginia revealed PFAS contamination at levels significantly higher than those previously reported for other parts of the Washington, D.C., metro area.

Valuable case studies of data available from California and Michigan show that PFAS contamination is common at many different types of sites and that widespread testing for PFAS in wastewater is crucial.

“The results from states like Michigan show there is a wide variety of sources of PFAS in surface water,” said Andrews. “Many landfills and industrial sites release PFAS at detectable concentrations that may exceed state limits or health guidelines for PFAS in water.

“It is urgent that ongoing releases of PFAS be identified. We need to stop non-essential uses of  PFAS and use filters to reduce these compounds from out water,” he said.

Industrial PFAS discharges in Michigan have gone down substantially as a result of widespread testing, permitting of discharges and added treatment. In 2018, state officials set water quality standards for PFOA and PFOS, the two most notorious PFAS compounds, for discharges into drinking water supplies.

State law prohibits releases from wastewater utilities of more than 420 parts per trillion, or ppt, for PFOA and 11 ppt for PFOS.

Results from tests of water downstream from manufacturing facilities and from PFAS users across the U.S. revealed many previously unknown PFAS, which confirmed the need for broad testing of industrial facilities across the entire class of PFAS compounds.

PFAS are among the most persistent toxic compounds in existence, contaminating everything from drinking water to food, food packaging and personal care products. They are found in the blood of virtually everyone on Earth, including newborn babies.

Very low doses of PFAS chemicals in drinking water have been linked to suppression of the immune system and are associated with an elevated risk of cancer, increased cholesterol, and reproductive and developmental harms, among other serious health concerns.

The Biden administration also needs to use the EPA’s powers to regulate as many industrial categories of PFAS discharges as possible.

“We need to turn off the tap of PFAS pollution from these industrial discharges, which affects more and more Americans every day. That’s the first step,” said Scott Faber, EWG’s senior vice president for government affairs.

“The second step is for the EPA to set a national PFAS drinking water standard. And the third is to clean up legacy pollution,” Faber added.

The EPA’s proposal to regulate some industrial discharges of PFAS into our drinking water falls short of what’s needed to end the pollution flowing from companies. EWG’s new research shows that the contamination is likely even more widespread across the U.S. than has been confirmed, further underscoring the need for swift regulatory action.