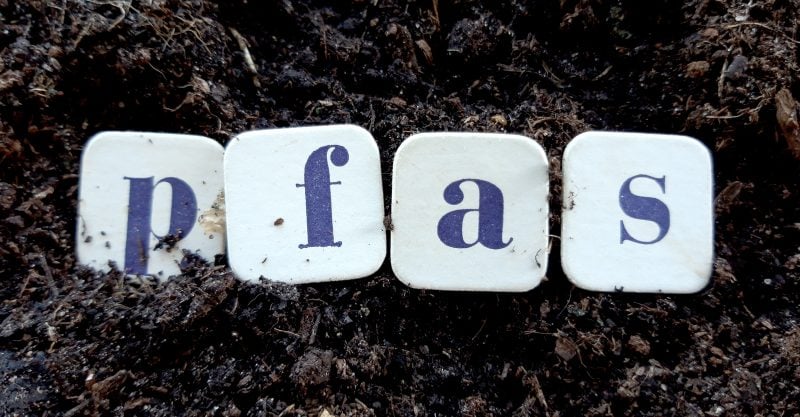 Home gardeners who buy “natural” fertilizers may be exposing themselves to toxic “forever chemicals” linked to cancer, brain damage and other health problems, The Guardian reported.

Lab analysis commissioned by Sierra Club and Ecology Center of Michigan found per- and polyfluoroalkyl (PFAS) chemicals in all nine samples of biosludge home fertilizers sent for testing. Eight of the nine bags contained levels that exceeded screening levels set by the state of Maine.

The products, marketed as “eco” or “natural,” were sold at stores such as Home Depot, Lowes, Menards and Ace Hardware.

Biosludge, or biosolids, are a mix of human feces, industrial chemicals and pharmaceutical drugs that have been “lightly treated” by wastewater treatment plants, repackaged and sold as home fertilizer.

The latest findings sparked concerns about the risks of applying fertilizer containing PFAS to food crops.

“Spreading biosolids or sewage sludge where we grow food means some PFAS will get in the soil, some will be taken up by plants, and if the plants are eaten, then that’s a direct route into the body.”

PFAS, also known as “forever chemicals” due to their persistence in humans in nature — meaning they don’t break down and can accumulate over time — are toxic to humans.

PFAS make their way into biosludge when industries that use the chemicals to make products resistant to water, stain and grease dump the chemicals into public sewer systems. PFAS and other industrial chemicals end up at wastewater treatment plants where they’re combined with human waste and made into semi-solid sludge.

In addition to being sold for residential use, biosludge is also applied to farmland, forests, parks and golf courses, a practice some say is causing health problems.

According to the Guardian:

“Spreading pollutant-filled biosolids on farmland is making people sick, contaminating drinking water and filling crops, livestock and humans with everything from pharmaceuticals to PFAS.”

Recently, the forever chemicals were found in pesticides used to kill mosquitoes in Maryland. Testing ordered by Public Employees for Environmental Responsibility and Maryland Pesticide Education Network found high levels of PFAS in a pesticide sprayed by the state each spring and summer to kill mosquitos.

The findings raise concern about the human and environmental health effects of spraying pesticides laced with forever chemicals.

“Spraying millions of acres with a chemical that does not break down in the environment, and for which there is no safe means of disposal, is beyond nonsensical.”

PFAS were also found in a toxic cocktail of chemicals emitted by two industrial plants in New Jersey that plaintiffs in multiple lawsuits said caused birth defects, cancer and other illnesses in dozens of people.

Four lawsuits filed against five companies in federal court for the District of New Jersey allege environmental contamination from the plants, including heavy metals, solvents and forever chemicals, polluted water, soil and air, caused a number of health issues in nearby residents.

“You really have a witches’ brew exposing a population for years and decades. It’s a public health catastrophe.”

The defendants in the case, which include Minnesota-based 3M, a leading manufacturer of PFAS chemicals, are accused of “making, using and disposing of PFAS chemicals and of being responsible for their contamination of air, water and soil.”