A new report reveals chemical giants DuPont and Daikin withheld studies from the public and the U.S. Food and Drug Administration about the health effects of a “short-chain” PFAS chemical widely used in food packaging. 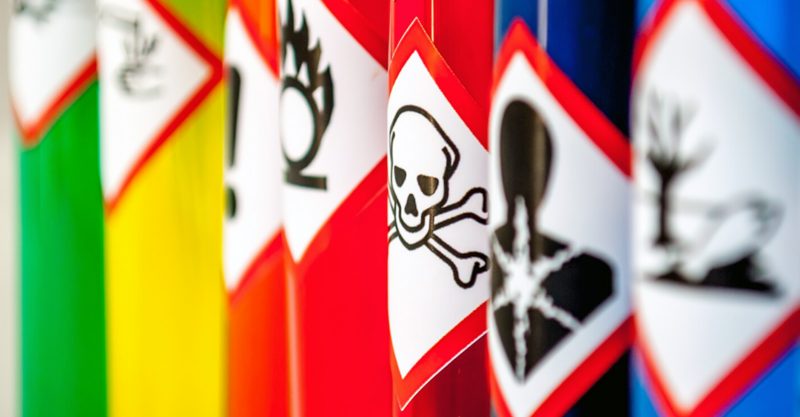 A new report by The Guardian reveals chemical giants DuPont and Daikin lied to the U.S. Food and Drug Administration (FDA) when they told agency officials certain types of “forever chemicals” used in food packaging were safer and less likely to accumulate in humans than older versions of the chemicals.

According to The Guardian, the companies deliberately concealed the negative health effects of fluorotelomer alcohol, or 6:2 FTOH, a type of “short-chain” per- and polyfluoroalkyl (PFAS) chemicals used in pizza boxes, to-go containers and fast-food wrappers.

According to The Guardian:

“The companies initially told the FDA that the compounds were safer and less likely to accumulate in humans than older types of PFAS, also known as ‘forever chemicals’ and submitted internal studies to support that claim.”

What Daikin didn’t tell the FDA — or the public — is that a 2009 internal company study showed low-level exposure to the chemicals damaged the livers and kidneys of lab rats.

In 2012, DuPont learned the chemicals stayed in the bodies of animals for longer than previously believed. Yet, DuPont took no action to alert the FDA or to make the information available to the public —  until three years later when the company summarized its findings in a study that independent researcher Maricel Maffini, who studies PFAS in food packaging, said used “cherry-picked” data to support its claim that the 6:2 FTOH chemicals were safe.

Toxic food packaging chemicals to be pulled from market, but not soon enough

While DuPont’s 2012 study summary wasn’t exactly truthful, it still caught the FDA’s attention, triggering a safety review that resulted in a voluntary phase-out of 6:2 FTOH compounds in food packaging.

While it’s a positive step forward, some health experts told The Guardian the removal of 6:2 FTOH in food packaging isn’t happening fast enough. The FDA learned in 2015 about the dangers of the chemicals through DuPont’s hidden study, but the compound won’t actually be off the market until 2025 or later. And the FDA’s phase-out applies only to 6:2 FTOH, and not other similar “short-chain” PFAS.

“The fact that we continue to uncover evidence that the current-use PFAS have similar toxicity to the [long chain] compounds that have been phased out makes a strong argument for regulating harmful chemicals like PFAS as a class.”

There are thousands of types of PFAS. The man-made chemicals are found in many everyday products including nonstick cookware, personal care products, cleaning products, pesticides, stain-resistant carpet, waterproof clothing, firefighting foam and more.

According to EarthJustice, recent studies show exposure to PFAS “may increase the risk of contracting infectious diseases like COVID-19 and reduce the effectiveness of vaccines.”

Children and developing infants in the womb are especially at risk of harm from PFAS. Studies show exposure to the chemicals can result in low birth weights and affect children’s immune systems and metabolism.

PFAS chemicals have been found in breast milk and the umbilical cord of pregnant mothers. In a recent study, scientists found PFAS in 100% of breast milk samples taken from women in different parts of the U.S. and with various socioeconomic backgrounds.

All of the samples tested found PFAS “at levels nearly 2,000 times the amount considered safe for drinking water.”

The full extent of the harm caused by PFAS in newborns and older babies is not yet understood due to a lack of scientific studies.

However, we do know babies are being born “pre-polluted” with PFAS, as the chemicals have been shown to pass from mothers to fetuses through the umbilical cord. The discovery was made when testing commissioned by the Environmental Working Group, Commonweal and Rachel’s Network found PFAS in the umbilical cords of 20 babies born in the U.S. The lab found 10 different PFAS chemicals in the umbilical cord samples.

“On average, five PFAS compounds were in each sample, and two babies had nine PFAS chemicals in their cord blood.”

A handful of U.S. states including California, Washington and Michigan have introduced bills that would crack down on PFAS in food packaging.

There is also a global movement to ban the chemicals. Officials in Sweden, the Netherlands, Germany and Denmark have taken steps to restrict PFAS and phase them out of almost all products by 2030.