A new U.K. documentary — “Safe and Effective: A Second Opinion” — details how U.K. citizens were subjected to psychological pressure to comply with COVID-19 vaccination governmental policies under the “dubious mantra” of “safe and effective.” 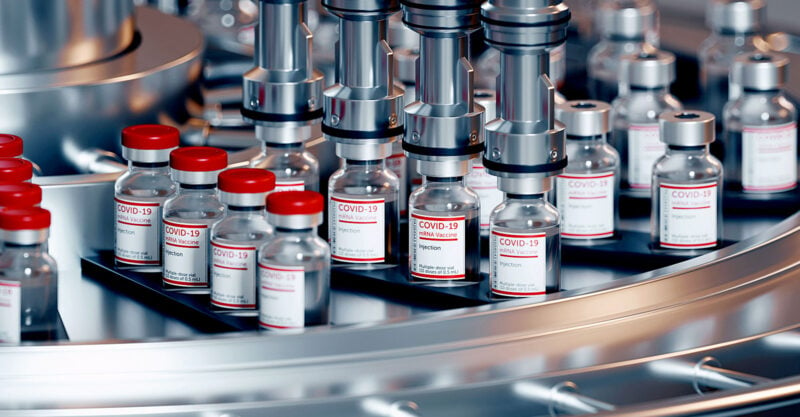 A new U.K. documentary — “Safe and Effective: A Second Opinion” — details how U.K. citizens were subjected to psychological pressure to comply with COVID-19 vaccination governmental policies under the “dubious mantra” of “safe and effective.”

The 55-minute film was produced by Oracle Films, in collaboration with Mark Shaman — a former ITV and BSkyB executive — and News Uncut.

The documentary opens with a statement by Dr. Aseem Malhotra, an influential consultant cardiologist trained by U.K.’s National Health Service, who said he was “doubled jabbed” and “one of the first to take the Pfizer vaccine.”

“After several months [of] critically appraising the data, speaking to eminent scientists at Oxford, Stanford and Harvard, speaking to two investigative medical journalists and being contacted by two Pfizer whistleblowers, I have reluctantly concluded that this vaccine is not completely safe and has unprecedented harms,” Malhotra said.

“Which leads me to conclude,” he added, “that it needs to be suspended until all the raw data have been released for independent analysis.”

Malhotra is not alone in calling for the suspension of COVID-19 vaccines, the film’s narrator said. “Many more scientists are alarmed at what is developing into a global issue.”

“Millions of vaccine injuries and thousands of deaths are being reported through official channels all across the world.

“Our government has been accused of covering up the emerging data, and the media are telling only one side of the story.”

The film also featured people like Georgia Segal, who said they were injured by a COVID-19 vaccine.

Segal, 35, collapsed after receiving a second dose of the Pfizer shot and is now officially registered as “disabled” due to her injuries.

Vaccine injury cases are typically reported by mainstream media as very rare. But according to the documentary, as of Aug. 24, the U.K.’s official Yellow Card reporting system via the Medicines and Healthcare products Regulatory Agency, or MHRA, reported more 432,819 reports of adverse reactions — including 2,240 fatalities — following COVID-19 vaccination, although not all reports will be confirmed as vaccine-induced.

The numbers of COVID-19 vaccination adverse reactions and deaths reported in the U.S., to the Vaccine Adverse Event Reporting System, or VAERS, are higher still.

These numbers and the lack of public acknowledgment of the experiences of individuals such as Segal is “a scandal of such epic proportions” that “people don’t know where to begin with it,” said Dr. Clare Craig, a diagnostic pathologist, who was quoted in the documentary.

The U.K. government is in denial about vaccine injuries, according to Sir Christopher Chope, a member of the U.K. Parliament, who said the government tries “to promote vaccine confidence by covering up the adverse consequences for some of having been vaccinated.”

Chope said he is advocating for a private members bill that would speed up compensation and increase the maximum amount of compensation for those injured by a COVID-19 vaccine.

But for the vaccine-injured, it’s not just about monetary compensation — it’s about recognition and a return to good health.

Caroline Pover, featured in the documentary, is an author and public speaker who runs a pickling business. For 10 years, she supported a village in Japan that was devasted by a tsunami. She got the COVID-19 vaccine so she could make her annual visit to the village.

“My life has completely changed now,” Pover said. “It’s unrecognizable compared to how it was. For about five months, I did hardly anything. I couldn’t function at all. I was exhausted constantly. I was in constant pain — head and eye pain was relentless.”

“It’s not about the money. It’s about having a sense of purpose with your day: jobs and work. And if you can’t do those things, you do get to the point where you think, I cannot live like this. This life is no longer worth living.

“And we have lost people in the vaccine-injured community to suicide.”

The film went on to debunk Pfizer’s claim in fall 2020 that its COVID-19 vaccine was “95% effective” — a claim that led many governments around the world to “give the green light” to their public COVID-19 vaccination campaigns.

Pfizer’s methodology underlying the claim was flawed, Malhotra said, because the drugmaker cited only “relative risk reduction” and not “absolute risk reduction.” The two statistics are very different.

While the relative risk figure for Pfizer’s vaccine was 95% efficacy, the absolute risk was a mere 0.84% — meaning that you’d have to vaccinate 119 people to prevent just one person from catching COVID-19.

“Relative risk reduction is a way of exaggerating the benefits of any intervention,” Malhotra said.

“The guidance has been for many years that we must always use absolute risk reduction in conversations with patients, not just relative risk reduction alone. Otherwise, it’s considered unethical,” Malhotra added.

‘We need to know the truth’

The film asked, “Did doctors do enough to enable informed consent?”

Craig said she thought what happened with informed consent was “hugely concerning,” adding, “What concerned me the most were doctors who weren’t informing themselves.”

Dr. Ros Jones, a retired consultant pediatrician, said, “They’ve been very busy and they haven’t done their own research. They’ve just accepted everything that they’re told.”

The documentary also asked, “Why did the government continue driving the vaccine campaign when scientists had learned it didn’t prevent infection, it didn’t prevent transmission, and statistics show the vast majority of the population was never at risk from serious illness?”

And while there remain “so many questions” on the safety and efficacy of the COVID-19 vaccines, the U.K. government “still pushes ahead with a program of immunization — and for children,” the narrator said.

In April, the U.K. rolled out COVID-19 vaccines for children ages 5 to 11. And this past summer, it added COVID-19 to the regular vaccination schedule for 5- to 15-year-olds — even though the U.K. government does not recommend the Pfizer shot for children under 12 or the AstraZeneca shot for anyone under 40.

The move prompted 78 prominent professors, doctors and analysts to write a letter stating:

“We strongly challenge the addition of COVID-19 vaccination into the routine child immunisation program, despite no demonstrated clinical need, known and unknown risks and the fact that these vaccines still have only conditional marketing authority.”

At the end of the film, the narrator emphasized that “proper, balanced science” needs to be done so that the public can reach “a sound conclusion” on the safety and efficacy of the COVID-19 vaccines.

“We need to know the truth,” he added.