In a peer-reviewed article published in the Journal of Insulin Resistance, Dr. Aseem Malhotra called for the immediate end of the COVID-19 vaccine rollout and the “pandemic of misinformation on COVID-19 mRNA vaccines.” 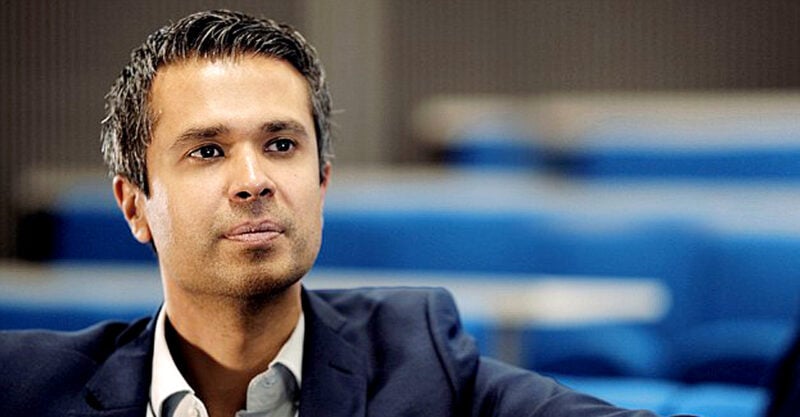 The Journal of Insulin Resistance published a two-part research paper, “Curing the pandemic of misinformation on COVID-19 mRNA vaccines through real evidence-based medicine.”

This was written by one of the U.K.’s most eminent cardiologists, Dr. Aseem Malhotra, who was one of the first to take two doses of the vaccine and promote it on “Good Morning Britain.”

Malhotra now says that since the rollout of the vaccine, the evidence of its effectiveness and true rates of adverse events have changed and now, “There is a strong scientific, ethical, and moral case to be made that COVID-19 vaccines rollout must stop immediately until raw data has been released for fully independent scrutiny.”

Furthermore, real-world data reveal that in the non-elderly population, the number needed to vaccinate to prevent one death from COVID-19 runs into thousands and that re-analysis of randomized controlled trial data from the initial vaccine clinical trials suggests a greater risk of suffering a serious adverse event from the vaccine than to be hospitalized with COVID-19.

Summary overviews of the two-part research paper are below, together with a transcript of the above video in which he introduces his findings.

“Background: In response to severe acute respiratory syndrome coronavirus 2 (SARS-CoV-2), several new pharmaceutical agents have been administered to billions of people worldwide, including the young and healthy at little risk from the virus.

“Considerable leeway has been afforded in terms of the pre-clinical and clinical testing of these agents, despite an entirely novel mechanism of action and concerning biodistribution characteristics.

“Aim: To gain a better understanding of the true benefits and potential harms of the messenger ribonucleic acid (mRNA) coronavirus disease (COVID) vaccines.

“Methods: A narrative review of the evidence from randomised trials and real world data of the COVID mRNA products with special emphasis on BionTech/Pfizer vaccine.

“Results: In the non-elderly population the ‘number needed to treat’ to prevent a single death runs into the thousands.

“Re-analysis of randomised controlled trials using the messenger ribonucleic acid (mRNA) technology suggests a greater risk of serious adverse events from the vaccines than being hospitalised from COVID-19s.

“Mirroring a potential signal from the Pfizer Phase 3 trial, a significant rise in cardiac arrest calls to ambulances in England was seen in 2021, with similar data emerging from Israel in the 16–39-year-old age group.

“Conclusion: It cannot be said that the consent to receive these agents was fully informed, as is required ethically and legally. A pause and reappraisal of global vaccination policies for COVID-19 is long overdue.”

“Background: Authorities and sections of the medical profession have supported unethical, coercive, and misinformed policies such as vaccine mandates and vaccine passports, undermining the principles of ethical evidence-based medical practice and informed consent.

“These regrettable actions are a symptom of the ‘medical information mess’: The tip of a mortality iceberg where prescribed medications are estimated to be the third most common cause of death globally after heart disease and cancer.

“Aim: To identify the major root causes of these public health failures.

“Methods: A narrative review of both current and historical driving factors that underpin the pandemic of medical misinformation.

“Results: Underlying causes for this failure include regulatory capture — guardians that are supposed to protect the public are in fact funded by the corporations that stand to gain from the sale of those medications.

“A failure of public health messaging has also resulted in wanton waste of resources and a missed opportunity to help individuals lead healthier lives with relatively simple — and low cost — lifestyle changes.

“Conclusion: There is a strong scientific, ethical and moral case to be made that the current COVID vaccine administration must stop until all the raw data has been subjected to fully independent scrutiny.

“Looking to the future the medical and public health professions must recognise these failings and eschew the tainted dollar of the medical-industrial complex.

“It will take a lot of time and effort to rebuild trust in these institutions, but the health — of both humanity and the medical profession — depends on it.”

In a recent interview with the U.K.’s GB news, Malhotra said:

“When the vaccines were first released we were told they were 95% effective against infection.

“This is not true. This is based on relative risk reduction. In absolute terms, they provided 0.84% protection which means only one in 119 people would be protected from infection.

“This statistic was the pretense under which vaccine mandates were implemented.

“The latest data reveals that once infected, there is no significant difference in transmission rates between the vaccinated and unvaccinated, which makes any scientific case for mandates illegitimate.

“As newer and thankfully, less lethal, mutated strains became dominant, any protection against infection at the very least became less effective and likely completely ineffective, even if there is some significant (as yet to be fully determined in absolute individual terms) protection against serious illness and death.”

Precisely as was described in the video from the Canadian Covid Care Alliance, which I cross-posted resulting in my being de-platformed from Twitter.

On a personal note … Malhotra’s realization that his father had just been vaccinated just prior to his cardiac arrest and death led him down the path of discovery.

Being a good scientist means looking past the propaganda and delving into the research.

BREAKING:
I am holding the government directly responsible for the death of my father @KailashChandOBE (& likely countless others) for deliberately withholding information from the public & doctors that would have changed his outcome. The #NHS is broken. https://t.co/q9e7erbFw7 pic.twitter.com/dls5QqRN0Z

Sometimes, it takes a wake-up call, but thank goodness at least one great physician listened to the evidence. 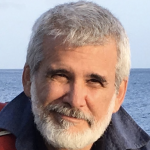