Israeli health officials said Tuesday there is a likelihood of a connection between receiving a second dose of the Pfizer COVID vaccine and the onset of myocarditis in young men aged 16-30. 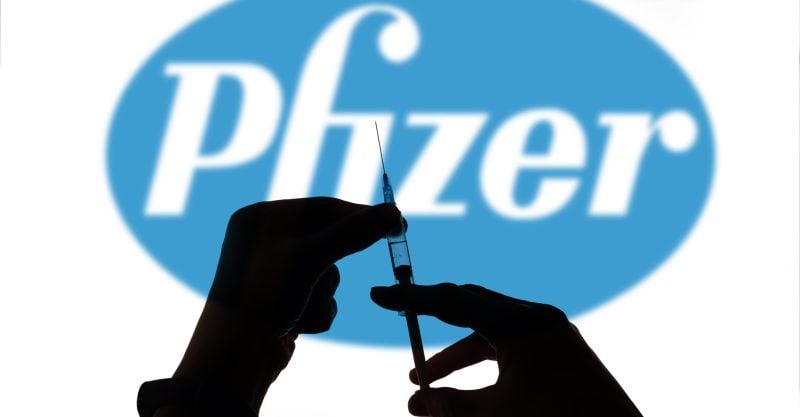 Israeli health officials found a probable link between the Pfizer/BioNTech COVID vaccine — which the country has relied on almost exclusively in its vaccination drive — and dozens of cases of heart inflammation in young men following the second dose, the Health Ministry said Tuesday.

After the ministry received reports of heart inflammation, including myocarditis, following recent COVID vaccination, a panel of experts was appointed to investigate the issue. The panel included public health experts specializing in epidemiology, members of the National Center for Disease Control and academics from the Tel Aviv University, Technion-Israel Institute of Technology and Haifa University.

According to a study by Israeli health officials, there were 275 cases of myocarditis identified between December 2020 and May 2021, including 148 cases that occurred within a month after vaccination. Of those 148 cases, 27 occurred after the first dose and 121 after the second dose. About half of the cases involved people with previous medical conditions, Bloomberg reported.

Many of the cases were reported among men 16 to 30, and most often in 16- to 19-year-olds. Most of the patients were discharged from the hospital in less than four days, and 95% of the cases were considered mild.

“There is a likelihood of a connection between receiving a second dose of vaccine and the onset of myocarditis in young men aged 16-30,” the group of experts concluded. “The connection is stronger in young people aged 16-19 compared to other ages and it decreases as age increases.”

The new analysis “is very suggestive of a causal nature” between the vaccine and myocarditis, said Dror Mevorach, head of internal medicine at the Hadassah University Medical Center who was tasked with leading the panel. “I am convinced there is a relationship.”

“It does suggest that this is, at least statistically, a real phenomenon,” said Peter Liu, a cardiologist and chief scientific officer of the University of Ottawa Heart Institute.

Douglas Diekema, a pediatrician and bioethicist at Seattle Children’s Hospital, said it’s important to investigate “even a hint of a signal.” However he cautioned that “while this report is suggestive … it requires validation in other populations by other investigators before we can be certain the link exists.”

“A careful assessment of the reports is ongoing and it has not been concluded,” the company said. “Adverse events, including myocarditis and pericarditis, are being regularly and thoroughly reviewed by the companies as well as by regulatory authorities.”

The Israeli panel’s findings come as Israel and many European countries debate whether younger adolescents should be vaccinated against COVID. A decision to include the 12 to 15 age group in the country’s vaccination program has not yet been made.

According to the Health Ministry, a recommendation regarding the vaccination for children ages 12-15 will soon be formulated by the epidemiological team and will be communicated to the ministry’s director general.

Other countries, including the U.S. and Canada began vaccinating children 12 and older in May. As The Defender reported, a group of more than 40 UK doctors last month in an open letter told Britain’s drug regulation agency that vaccinating children for COVID is “irresponsible, unethical and unnecessary.”

The preliminary findings of the Israeli panel studying a possible link between the vaccine and myocarditis were first leaked by Channel 12 at the end of April. Channel 12 mentioned two cases of people succumbing to the disease, but said there was no certainty as to the link between these cases and the vaccine.

As The Defender reported May 10, EU regulators called on Pfizer and Moderna to provide additional data related to the companies’ COVID vaccines and a potential link to heart inflammation after the agency completed a safety review of all four COVID vaccines authorized for emergency use in the EU.

In a report issued May 7, the European Medicines Agency’s safety committee, (PRAC), disclosed its members were aware of cases of myocarditis and pericarditis following Pfizer vaccination.

Regulators said they didn’t see an indication the vaccine caused these cases. But as a prevention, PRAC requested Pfizer provide further data, including an analysis of events according to age and gender, in its next pandemic summary safety report before regulators could determine if any other regulatory action is needed.

On May 24, the Centers for Disease Control and Prevention (CDC) announced it was investigating reports that some teenagers and young adults vaccinated against COVID may have experienced heart problems.

The CDC’s Advisory Committee on Immunization Practices in a May 17 statement said reports of myocarditis to date seemed to occur predominantly in adolescents and young adults, more often in males than females, more often following the second dose and typically within four days after vaccination. Most cases appeared to be “mild” and follow-up is ongoing.

A search in the CDC’s Vaccine Adverse Events Reporting System (VAERS) revealed 419 cases of pericarditis and myocarditis reported between Dec. 14, 2020 and May 21, 2021 in the U.S following COVID vaccination. Of the 419 cases reported, 247 cases were attributed to Pfizer, 151 cases to Moderna and 20 cases to Johnson & Johnson’s COVID vaccine.