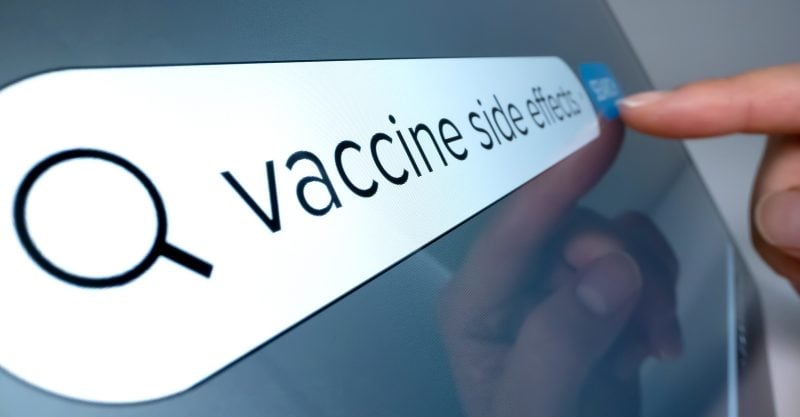 EU regulators Friday called on Pfizer and Moderna to provide additional data related to the companies’ COVID vaccines and a potential link to heart inflammation, after the agency completed a safety review of all four COVID vaccines authorized for emergency use in the EU.

The European Medicines Agency’s safety committee, (PRAC), also asked AstraZeneca for data related to reports of Guillain–Barré syndrome in people who received the AstraZeneca vaccine, and they recommended Pfizer and Johnson & Johnson (J&J) update their labels with side effect warnings.

A search in the CDC’s Vaccine Adverse Events Reporting System (VAERS) revealed 213 cases of pericarditis and myocarditis reported in the U.S following COVID vaccination. Of the 213 cases reported, 105 cases were attributed to Pfizer, 93 cases to Moderna and 15 cases to Johnson & Johnson’s (J&J) COVID vaccine.

Israel’s Health Ministry is also examining cases of heart inflammation in people who received Pfizer’s COVID vaccine. As The Defender reported April 26, a preliminary report by the committee tasked with monitoring vaccine side effects in Israel identified 62 cases of myocarditis, including two deaths, after recent vaccination with Pfizer. Fifty-five of the cases occurred in men — most between ages 18 and 30.

Guillain–Barré syndrome is a rare immune disorder in which the body’s immune system attacks the nerves resulting in paralysis. It had been previously identified by regulators as a potential adverse side effect that required monitoring following AstraZeneca’s shot.

EMA recommends updates to labels, lists of side effects

The EMA’s May 7 report also included the recommendation that Pfizer add a new side effect to its product information for people with dermal fillers — soft, gel-like substances injected under the skin.

After reviewing all available evidence, including cases reported to the European database for suspected side effects and data from scientific literature, PRAC said there is at least a “reasonable possibility of a causal association between the vaccine and the reported cases of facial swelling in people with a history of injections with dermal fillers.”

The safety committee also said it would update its warning for J&J’s COVID vaccine after EU regulators in April identified a link between the shot and blood clots.

Thrombosis with thrombocytopenia syndrome will also be added as an “important identified risk” in the risk management plan for J&J’s vaccine. The committee asked the company to provide a plan to further study the possible underlying mechanisms for these events.

Additionally, PRAC looked at clotting risks with Pfizer and Moderna vaccines. Though several cases of low blood platelets and blood clots were identified, the committee concluded that for the moment there does not seem to be any evidence of a safety signal for the mRNA shots.

As The Defender reported Monday, a Utah teen remains hospitalized with three blood clots in and near his brain that developed after he received the first dose of Pfizer’s COVID vaccine.

On May 7, Pfizer became the first COVID vaccine producer to request full approval by the U.S Food and Drug Administration for ages 16 and up. Pfizer requested priority review, which asks the FDA to take action within six months, compared to 10 months designated under standard review.

The FDA is expected to amend Pfizer’s Emergency Use Authorization (EUA) this week to authorize use of the vaccine in adolescents aged 12 to 15. The company announced plans to further expand EUA for its vaccine for children ages 2 to 11 in September.

If approved, Pfizer will be the first experimental vaccine to receive full approval by the FDA.