As Elon Musk prepares to finalize his purchase of Twitter, government officials in the U.S. and elsewhere are introducing new legislation aimed at combating “disinformation” online — particularly on social media platforms. 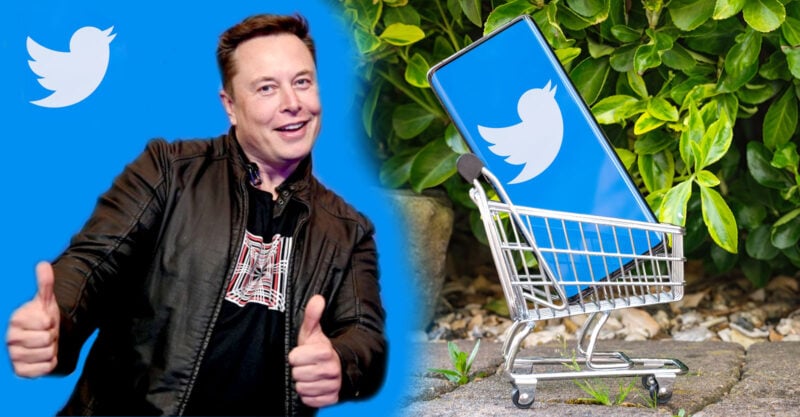 As Elon Musk prepares to finalize his purchase of Twitter, government officials in the U.S., the U.K., the European Union (EU) and elsewhere are introducing new legislation aimed at combating “disinformation” online — particularly on social media platforms.

In the U.S., these proposals include a government “disinformation board” and a bill pending before Congress, the Digital Services Oversight and Safety Act.

Overseas measures include the EU’s recently passed Digital Services Act and the U.K.’s proposed Online Safety Bill, in addition to similar existing legislation in Germany and other countries.

Shortly after Musk moved to buy Twitter, several dozen countries and entities — including the U.S. and EU — announced the ratification of the “Declaration for the Future of the Internet,” which, among other things, aims to “bolster resilience to disinformation and misinformation, and increase participation in democratic processes.”

These and other policies purport to hold tech companies, and in particular major social media platforms ranging from Twitter to Facebook to TikTok, responsible for hate speech and “disinformation” posted by users on their platforms, while opening up the tech giants’ algorithms and moderation practices to the public eye.

However, questions also arise as to what effect these regulations — including those originating from outside the U.S. — would have on the operation of tech platforms in the U.S. and globally.

Two days after Elon Musk announced he was purchasing Twitter, the Biden administration announced the formation of a “Disinformation Governance Board.”

“The goal is to bring the resources of [DHS] together to address this threat,” Mayorkas said, adding that the department is focused on the spread of disinformation in minority communities.

The “focus” of this new board will be “Russia and irregular migration.”

However, it is unclear what constitutes “disinformation” in the views of Mayorkas, the DHS or the Biden administration, or why it appears to be a particular problem in vaguely defined “minority communities.”

Michael Rectenwald, author of “Google Archipelago: The Digital Gulag and the Simulation of Freedom” and former New York University (NYU) professor who sued NYU in 2016 as a result of “cancel culture and settled with the university in 2019,” told The Defender:

“The Biden Politburo’s disinformation board will likely institute regulations that mirror the EU’s DSA by imposing similar if not identical restrictions on information and opinion.

“Musk will … likely face legislative threats from Democratic lawmakers, and other forms of coercion from the national and international establishment, including especially … from the EU’s [Digital Services Act]and the new U.S. disinformation board.”

Rectenwald said if “Musk is to have his way,” Twitter “would no longer discriminate against content based on wokeness, political beliefs or the adherence to official state narratives and dictates.”

This could include the restoration of banned accounts on request by users and dramatic changes to Twitter’s discriminatory, leftist algorithms.

“However, pressure to conform to woke dictates will come from the Big Tech ‘woke’ cartel, including threats to remove the Twitter app from the Apple Store for failure to censor ‘hate speech,’ and the flight of ‘woke’ advertisers,” Rectenwald said.

Will ‘disinformation’ be categorized as ‘terrorism’?

Former President George W. Bush established the DHS in the immediate aftermath of the Sept. 11, 2001 attacks, with a view toward protecting the U.S. against terrorism — suggesting the federal government may now be equating “disinformation” with terrorism.

Nina Jankowicz will be executive director of the new board. As reported by Politico, Jankowicz previously served as a “disinformation fellow” at the Wilson Center for Public Policy, advised the Ukrainian foreign ministry, and oversaw “Russia and Belarus programs” at the National Democratic Institute.

As previously reported by The Defender, the Ukrainian government has leveraged its close ties with “Big Tech” — including for the development of vaccine passports — to use social media and digital technologies as a “wartime tool.”

Jankowicz announced her new appointment on Twitter, stating she is “honored” to be helping the Biden administration’s “counter-disinformation efforts.”

Cat’s out of the bag: here’s what I’ve been up to the past two months, and why I’ve been a bit quiet on here.

Honored to be serving in the Biden Administration @DHSgov and helping shape our counter-disinformation efforts. https://t.co/uN20vl7qqV pic.twitter.com/JEn4FqLdck

Jankowicz previously shared concerns about “lies” spread on Twitter related to the 2020 U.S. presidential election, and about the legitimacy of news regarding Hunter Biden’s laptop, which she referred to as a “Trump campaign product.”

She also is on record saying that setting up free speech in opposition to censorship is “a false dichotomy.”

Jankowicz made waves — and raised some eyebrows — with videos of her singing, “Who do I f*ck to be famous and powerful?” and talking about “solving the mystery between Harry Potter’s legs.”

Musk in a tweet characterized the establishment of Biden’s disinformation board as “discomforting” and as a development akin to the practices of Nazi Germany.

Musk described himself as a “free speech absolutist” and announced his intention to turn Twitter into a “digital town square where matters vital to the future of humanity are debated.”

He also indicated there likely will be changes to Twitter’s moderation policies and the manner in which it handles account bans.

“My strong intuitive sense is that having a public platform that is maximally trusted and broadly inclusive is extremely important to the future of civilization,” Musk said.

He later later clarified in a tweet his definition of free speech, stating:

“By ‘free speech’ I simply mean that which matches the law. I am against censorship that goes far beyond the law.

“If people want less free speech, they will ask government to pass laws to that effect. Therefore, going beyond the law is contrary to the will of the people.”

The First Amendment of the U.S. Constitution explicitly prohibits government censorship of information, making the implications of a government “disinformation board” or other similar measures unclear.

For instance, in addition to the new “disinformation board,” there is legislation currently pending in the U.S. House, the Digital Services Oversight and Safety Act, that would require more transparency and reporting from Big Tech platforms regarding how they moderate content.

However, this proposed law, as well as the disinformation board, also appear to run afoul of established U.S. law, namely, Section 230 of the Communication Decency Act, which prevents Big Tech platforms from being held liable for the content posted by their users.

Such companies have used Section 230 to argue they are not “publishers” of content —  which would bring with it other legal obligations.

However, the platforms do actively engage in content moderation, including the removal of posts and the suspension of user accounts for posting certain content, including alleged “disinformation.”

Elon Musk’s purchase of Twitter elicited a public reaction from the World Health Organization (WHO).

During an April 26 virtual WHO conference, Dr. Mike Ryan, executive of WHO’s Health Emergencies Programme, said Musk will have a “huge influence” over the curbing and potential spreading of vaccine misinformation on Twitter.

However, Ryan added it’s not just Twitter but all social media platforms that need to address misinformation.

Notably, the WHO has itself been closely linked with social media fact-checkers, particularly in response to alleged COVID-19-related “disinformation,” as previously reported by The Defender.

Specifically, the WHO closely collaborates with NewsGuard, a fact-checking firm that is also closely tied to several Big Pharma drugmakers.

NewsGuard, in turn, partners with the Center for Countering Digital Hate (CCDH), whose board members recently expressed several concerns regarding Musk’s Twitter purchase.

Damian Collins, a member of the British parliament with the Labour Party who led a parliamentary committee that developed the Online Safety Bill, is a CCDH board member.

Responding to Musk’s Twitter buyout, Collins said if Musk truly wishes to make Twitter a free-speech haven, “he will need to clean up the digital town square,” adding that up until now, Twitter users would frequently be drowned out by “bot” accounts spreading “disinformation,” resulting in users refraining from expressing themselves “because of the hate and abuse they will receive.”

Imran Ahmed, CCDH’s chief executive and former investment banker with Merrill Lynch —  who also maintains close ties to the U.K. Labour Party — expressed similar sentiments, stating “[T]he U.K. and the EU are going to have tools to deal with this. Twitter is going to find it very difficult to operate in the U.K. if it tries to operate on a completely free-speech, zero-rules basis.”

Dr. Joseph Mercola previously described CCDH as “a progressive cancel-culture leader” with extensive ties to government and global think tanks that has labeled questioning the COVID-19 injection as ‘threats to national security.’”

Specifically regarding COVID-19 vaccines, for instance, CCDH has warned the “anti-vaccine movement could undermine the roll-out of any future vaccine against COVID-19.”

CCDH has added that the pandemic “will only be overcome by the most ambitious vaccination programme in human history” and that those who question this program have fringe and extremist views.