Casting critics as terrorists and threatening to sic the most powerful, pervasive and sophisticated security state in the history of the world on them is of course not about defending democracy or protecting the truth — it’s about intimidating democratic opposition into silence and submission to an official narrative. 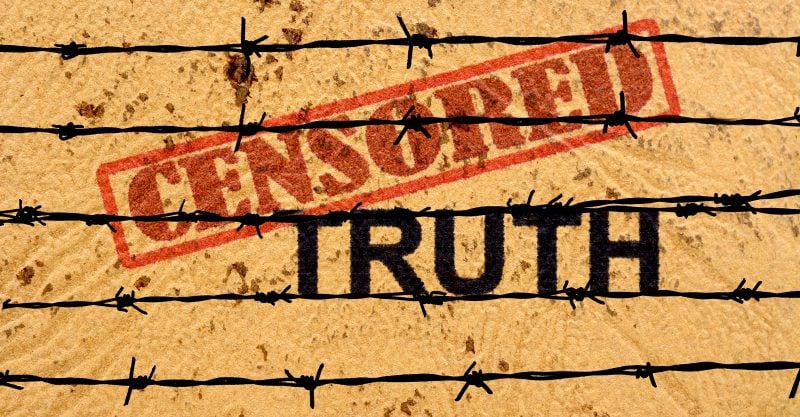 This is because our ruling class — in the name of “defending democracy” — classifies those who question the regime on any matter of consequence as a threat to the homeland, and pledges to pursue them accordingly.

Our ruling elites have engaged in an overt war on wrongthink masquerading as a domestic counter-terror mission since at least Jan. 6, 2021.

As part of this effort, the Department of Homeland Security (DHS) recently issued a speech-chilling National Terrorism Advisory System Bulletin.

It claims the U.S. is in a “heightened threat environment fueled by several factors, including an online environment filled with false or misleading narratives and conspiracy theories, and other forms of mis- dis- and mal-information.”

Here’s concerning new language in Department of Homeland Security bulletin about domestic terrorism that could have potential ramifications for anyone questioning government institutions.https://t.co/JcJrfgUbn2

Among the greatest contributors to the current “threat environment,” according to the bulletin, is the “widespread online proliferation of false or misleading narratives regarding … COVID-19.”

It would appear the Biden administration considers the ivermectin-hocking, tequila-swigging, Bernie Sanders-supporting Rogan to be public enemy number one on this issue.

Shortly after hosting dissenters from COVID orthodoxy including Drs. Peter McCullough and the then-recently deplatformed Robert Malone on his podcast, Rogan found himself the subject of a cancel campaign contrived by washed-up musicians, non-medical doctors and corporate media whose ratings he has crushed.

But it wasn’t just these parties out for blood.

No less than the president of the U.S, his press secretary and surgeon general contributed to the anti-Rogan jihad, calling for war on COVID “misinformation and disinformation.”

This effort was, to put it mildly, disingenuous. We know how seriously to take the administration’s views on COVID “misinformation and disinformation” because by its own standards the White House, and its media mouthpieces, have been the most powerful and prolific purveyors of “misinformation.”

The administration has flip-flopped on virtually every aspect of the coronavirus to positions that its social media adjuncts used to ban people over. It did so not because “the science” has changed, but because the politics have changed.

Biden’s White House says its critics are dangerous — not to the public, but to its rule, as if that rule is equivalent to America or democracy itself, as Dr. Anthony Fauci is to science.

As the DHS bulletin notes, the first key driver of the “heightened threat environment” is the “proliferation of false or misleading narratives, which sow discord or undermine public trust in U.S. government institutions.”

Never mind what those government institutions themselves have done to sow discord or undermine public trust, like, say, calling for Twitter and Facebook to censor people.

It’s the critics, the dissenters — those with no monopoly on force or multi-trillion-dollar budgets — who are the real scourge.

The bulletin lists as another potential threat “false or misleading narratives regarding unsubstantiated widespread election fraud” — perpetuating the narrative of “insurrection” so central to the effort to persecute wrongthinkers, while eliding that Democrats‘ own election integrity-eroding measures destroyed confidence in the system.

Previous Biden-era bulletins similarly focused on COVID-19 and election integrity, but the latest one — in a new twist — also claims that calls for violence have been tied to anger over “the evacuation and resettlement of Afghan nationals following the U.S. military withdrawal from Afghanistan.”

So it’s not just questioning the merits of mask and vaccine mandates, or skepticism over the security of mass mail-in elections, but doubts about the wisdom of dropping unvetted refugees from a terror-dominated backwater into the middle of your town that could get you in trouble with the security state.

This threat bulletin, like its no less disturbing predecessors, flows naturally from the Biden administration’s first-of-its-kind National Strategy for Countering Domestic Terrorism.

That strategy calls for confronting long-term contributors to domestic terrorism, including:

“… enhancing faith in government and addressing the extreme polarization, fueled by a crisis of disinformation and misinformation … We will work toward finding ways to counter the influence and impact of dangerous conspiracy theories that can provide a gateway to terrorist violence.”

Linking speech that does not comport with regime orthodoxy to terror, and using that pretext to police thought — with an armed “Ministry of Truth” operating out of our national security and law enforcement apparatus — therefore manifestly is “counter-terror” policy

Casting critics as terrorists and threatening to sic the most powerful, pervasive and sophisticated security state in the history of the world on them is of course not about defending democracy or protecting the truth, but intimidating democratic opposition into silence and submission to an official narrative.

Joe Rogan threatened that power, and therefore constituted a danger. The threat was that he elicited insights from guests who challenged the regime’s credibility on all manner of issues related to COVID, and millions of people heard it.

Trump and his allies likewise threatened that power, and therefore constituted a danger. They were — and continue to be — pursued like terrorists, as the House January 6 Committee wields the full force of the federal government to investigate them, surveil their communications and audit their dealings.

Why? Trump and his allies called the regime a failure, stated undeniable truths that resonated with Americans to justify that view and supported policies aimed at rectifying said failures that would disempower the ruling elites.

The most meek and unthreatening of January 6 defendants now face extreme, hyper-political prosecutions. They are being made an example of not because they ever posed a credible threat to the regime’s power, but as a signal to the millions of peaceful, patriotic Americans who might — through their collective speech, advocacy and voting.

The same goes for the parents outraged over anti-scientific and detrimental COVID-19 policies, and overcritical race theory indoctrination in schools. The Department of Justice threatened to pursue them like jihadists — not because they are jihadists, but because parents awakened to the regime’s corrupt monopoly on the all-important institution of education could break that monopoly and end the careers of the politicians who support it. They must therefore be chilled.

The war on wrongthink is not about left or right. It’s about who rules: a sovereign people or the elites who deign to lord over us.

The ruling class — the “defenders of democracy” — sees citizens on the left and right opposed to its agenda and refuses to address their concerns peaceably. Instead, it calls them terror threats and pursues them using the full power of the public and like-minded private sectors.

The ruling class does not fear misinformation and disinformation. It fears truth, particularly the truth about its own rot, corruption and incompetence, which calls into question its authority.

This leaves us with a question: when everyone, from unorthodox presidents to curious podcasters to caring parents are deemed existential threats to the regime, how strong is the regime? 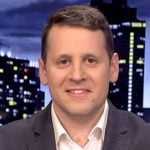 Ben Weingarten is a senior contributor at The Federalist and co-host of its media criticism show “BAD NEWS,” a columnist at Newsweek, co-host of “The NatCon Squad” and a Newsmax contributor.