In a Jan. 9 update on the company’s “industry-leading mRNA pipeline,” Moderna told investors it is developing multiple new mRNA products — including a treatment designed to be injected directly into the hearts of patients who have sustained heart attacks or heart failure. 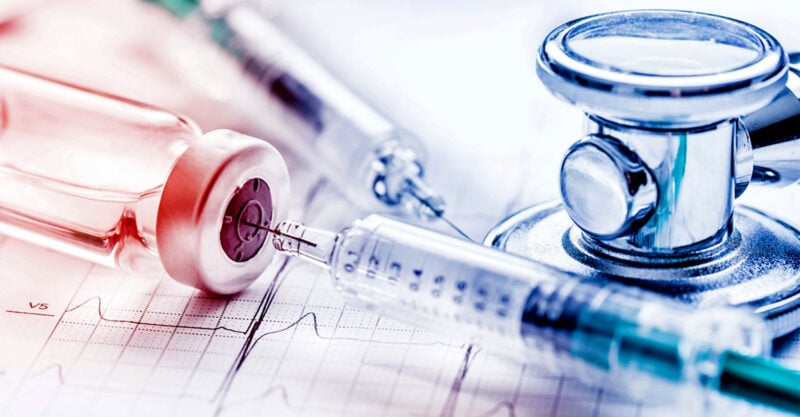 Moderna raked in significant earnings in 2022, based on $18.4 billion in sales of its mRNA COVID-19 vaccine — the company’s one and only product on the market.

But in a Jan. 9 update on the company’s “industry-leading mRNA pipeline,” Moderna told investors it is developing multiple new mRNA products — including a treatment designed to be injected directly into the hearts of patients who have sustained heart attacks or heart failure.

Moderna said it launched a phase 1B clinical trial of its mRNA-0184 injection, which it said: “encodes for relaxin, a naturally occurring hormone that is known to cause hemodynamic changes that are potentially beneficial for heart failure patients.”

“The mRNA sequence of mRNA-0184 is engineered to instruct the body to produce relaxin with an extended half-life, with the goal of producing a sustained clinical benefit in heart failure patients — this longer half-life may result in more durable effects compared to previous approaches.”

According to the Daily Mail, mRNA-0184 “uses the same technology as the company’s flagship COVID jab and is designed for people weeks or months after a heart attack to help them recover,” by “instructing human heart cells to generate a hormone that is known to improve blood flow, helping restore damaged heart muscles.”

Patients in the trial “have stable heart failure and the trial will determine how safe the shot is and how well patients can tolerate it, as well as perfecting the dosage amount and frequency.”

In a Nov. 4, 2021, presentation introducing the novel mRNA-0184 therapy, Moderna claimed its “relaxin program … is being developed to treat decompensated heart failure.”

Relaxin is “a naturally occurring hormone that is known to cause” changes to blood flow that are “potentially beneficial for heart failure patients,” according to the company.

A federal disclosure filed by Moderna on Dec. 21, 2022, regarding its phase 1B clinical study indicates that 98 participants are expected to be enrolled and that the study is expected to be completed by May 7, 2024.

The clinical trials are taking place at six locations in Poland and the U.K.

“We are now in a super exciting program where we inject mRNA in people’s hearts after a heart attack to grow back new blood vessels and re-vascularize the heart.

“It’s a bit like science fiction medicine but that’s what is really exciting to me.”

Prior to jumping into the race to develop a COVID-19 vaccine, Moderna had a long history of failure, as persistent safety concerns and other doubts about its mRNA delivery system threatened its entire product pipeline, according to investigative journalist Whitney Webb.

‘No safety track record’ for this type of genetic therapy, expert says

“There is no safety track record for genetic therapies that introduce functional code for production of a protein for an uncontrolled quantity and uncontrolled duration of time. There are no assurances on long-term safety of mRNA technology.”

Previous similar efforts have failed, McCullough said, casting doubt on the possibility of success for the mRNA-0184 injection.

“In a large trials program, Novartis failed to show benefit with a similar hormone, serelaxin, thus the Moderna product looks unattractive as a heart failure therapeutic,” he said.

The Gateway Pundit, reporting on Moderna’s announcement, remarked, “In short, Moderna will fix the problem it created,” in a thinly veiled reference to the increased prevalence of heart disease and heart failure among individuals who received COVID-19 vaccines.

Moderna stated that it has 48 programs in development, including 36 in ongoing clinical studies.

“We enter 2023 in a great position, with significant momentum across our clinical pipeline, a highly energized team and a strong balance sheet of over $18 billion of cash and cash equivalents.

“With our infectious disease franchise continuing to accelerate with exciting near-term catalysts for RSV [respiratory syncytial virus] Phase 3 data and Flu Phase 3 data, and recent breakthroughs in the development of individualized cancer treatments, as well as our rapid advancement in rare diseases and promising cardiology programs, the Moderna platform is delivering across several modalities.

“Our progress is meeting the high expectations we set out a few years ago, and with encouraging clinical data across the entire Moderna platform, we are accelerating our investments to deliver the greatest possible impact to people through mRNA medicines … 2023 is going to be a very exciting year for Moderna, and most importantly, for patients.”

These “exciting” developments, according to the company, include candidate vaccines and therapeutics for flu, RSV, cytomegalovirus and cystic fibrosis, as well as a “personalized cancer vaccine.”

As previously reported by The Defender, several Big Pharma companies, including Moderna, are vying to develop an RSV vaccine, despite repeated failed attempts to develop a vaccine for this illness in the past. These efforts have been ramped up just as many regions in the U.S. and worldwide are reporting outbreaks of RSV.

Moderna’s RSV candidate vaccine, which utilizes mRNA technology and is known under the identifier mRNA-1345, is currently in a phase 3 clinical study, according to the company’s announcement.

Moderna is also conducting two studies, with participants in the Northern and Southern hemispheres, of its candidate mRNA-1010 seasonal influenza vaccine, which also utilizes mRNA technology.

In conjunction with Merck, Moderna announced its mRNA-4157/V940 candidate vaccine — specifically, a “personalized” cancer vaccine that has been trialed on melanoma patients and which, according to Moderna, is the first treatment to have demonstrated “efficacy for an investigational mRNA cancer treatment in a randomized clinical trial.”

In addition to injectables, Moderna also announced the ongoing development of an inhalable mRNA therapy, VX-522, “mRNA targeted at treating the underlying cause of cystic fibrosis” that is “delivered to the lung.”

The company said it expects continued sales of its COVID-19 mRNA vaccine in 2023, stating “expected minimum COVID-19 vaccines sales of approximately $5.0 billion” and “potential additional contracts in the United States, Europe, Japan, and other key markets.”

This includes the acquisition of OriCiro Genomics, “a Japanese company with a novel development approach for cell-free synthesis and amplification of plasmid DNA, a key building block of mRNA manufacturing.”

A “strategic research collaboration” with CytomX Therapeutics was also announced, “for [the] development of mRNA-based conditionally activated therapeutics for oncology and non-oncology conditions.”

Moderna’s ongoing partnership with Metagenomi, “to accelerate the development of in vivo gene editing therapeutics,” was also highlighted in its announcement. Metagenomi is funded by Bayer, which acquired Monsanto, producer of the widely used weedkiller Roundup, in 2018.

As previously reported by The Defender, thousands of lawsuits are currently pending in the U.S., claiming that Roundup causes cancer.