A Washington court last month awarded 13 adults and children $275 million for neurological damage caused by polychlorinated biphenyls, or PCBs, produced by Monsanto before the company was acquired by Bayer. Bayer said it will challenge the verdict. 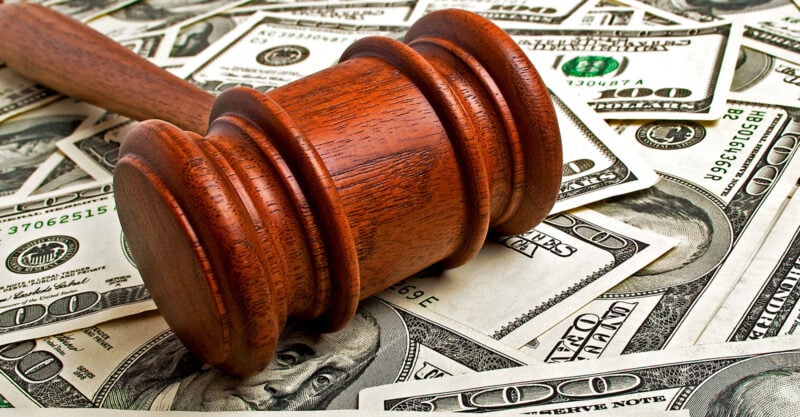 Monsanto, now owned by Bayer, is best known for its flagship product Roundup, the active ingredient in which is glyphosate. Monsanto-Bayer has been the defendant in thousands of cases alleging Roundup caused the plaintiffs’ cancers.

However, the most recent personal injury lawsuit verdict addressed the release of polychlorinated biphenyls (PCBs) from fluorescent light ballasts produced by the company.

According to the National Ocean Service, production of these chemicals began in the 1920s with an estimated 1.5 billion pounds used in products such as television sets, refrigerators or other electrical appliances until 1977, when Monsanto voluntarily stopped using them in the U.S. after the chemical had been studied and the consequences understood. Before then it was also used to spray dirt on the road to reduce dust.

Chemically, some PCBs can degrade in the environment, but the speed of the breakdown depends on each product’s chemical makeup and the conditions where it’s found. Typically, PCBs require sunlight or soil microorganisms to break down.

According to the CDC, the chemicals are known to cause harmful effects. However, the CDC lists health conditions such as acne and rashes and suggests it could trigger gastrointestinal discomfort, depression, fatigue or irritation to the nose and lungs.

According to a paper in Environmental Health Perspectives, studies began emerging in the 1960s that confirmed PCBs contaminated the environment and had a negative impact on human health.

In addition to skin conditions listed by the CDC, exposure has also been linked to diabetes, liver toxicity, cancer and deficits in neurological and immune system function.

The story of the latest lawsuit filed by the parents and children of Sky Valley School in Monroe County begins with the Bayer pharmaceutical company, best known for making Bayer aspirin.

Today, it’s one of the largest corporations in the world, having posted revenue of $41 billion in 2017, despite lawsuits at the time that were filed for device injury and drug problems.

In June 2018, Bayer completed the acquisition of Monsanto, the creator and producer of the glyphosate-based herbicide Roundup.

However, Monsanto didn’t just produce the herbicide and genetically modified Roundup-ready seed. Before they started into agriculture products, they also manufactured styrene, an ingredient in the production of synthetic rubber, during World War II.

The recent lawsuit was the fourth in a series alleging that PCBs released by products manufactured by Monsanto and installed in Sky Valley School caused neurological damage in six adults and seven children.

The court awarded $275 million for their exposure, which included $55 million for compensation and $220 million in punitive damages.

In a statement, Bayer announced they would challenge the verdict, saying:

“We respectfully disagree with the divided jury verdict reached in this 13-plaintiff case and plan to pursue post-trial motions and appeals based on multiple errors and the lack of proof at trial.”

Although Bayer claims there was a lack of proof and there were errors in the trial, three past trials alleging the same damage also found against Monsanto for the plaintiffs.

According to the Seattle Times, an additional 16 personal injury lawsuits are awaiting trial from the same school and alleging that exposure to PCB caused injuries.

In total, there have been more than 200 students, teachers and parents from the education center that have sued over the contamination. The plaintiffs claim that PCBs cause neurological problems, cancer, hormonal diseases, skin lesions and other illnesses.

The court commonly awards compensatory damages to help the plaintiffs pay for economic and non-economic damages. Washington state often does not award punitive damages, which can be levied against a defendant when the actions are particularly malicious or intentional.

However, the plaintiff’s attorneys argued that Monsanto is headquartered in Missouri, and while the lawsuit was in Washington the laws of Missouri applied to this personal injury case.

“PCBs are a systemic poison, which means they attack all the bodily systems. Everybody had different exposures, because it was a constantly changing environment. I think the different amounts reflect the various juries’ assessments of how badly hurt each person is.”

By far, Monsanto is best known for their Roundup-ready seed and the herbicide. Health aside, there’s evidence the weedkiller is not nearly as effective as it used to be, due to its repetitive application on farm fields.

However, from the public health perspective, according to polls, the number one reason that people spend extra money for organic food is to avoid pesticide chemicals like glyphosate.

In 2015, glyphosate was identified by the International Agency for Research on Cancer as a probable human carcinogen, yet despite its waning effectiveness in the fields, it continues to be the most heavily used pesticide in agricultural history and data show that usage continues to grow.

There is ample research to show that glyphosate harms health in a wide variety of ways. This research has also underpinned personal injury lawsuits against Monsanto, one of which ultimately awarded $81 million to a couple who claimed exposure to the weedkiller caused both to develop non-Hodgkin lymphoma.

In June, the 9th Circuit Court of Appeals ruled that the EPA approval for glyphosate in 2020 was unlawful, saying “EPA did not adequately consider whether glyphosate causes cancer and shirked its duties under the Endangered Species Act (ESA).”

Not soon after, the U.S. Supreme Court denied a petition that would have protected the company from being held accountable for people who were diagnosed with cancer after exposure.

So, while the court recognizes the health damage wreaked by glyphosate, the EPA “continue(s) to rubber stamp the agrichemical industry’s dangerous decisions.”

Increases in glyphosate use in the U.S., as well as in Canada, are well correlated with the concurrent increase in the incidence of multiple diseases, including breast cancer, pancreatic cancer, kidney cancer, thyroid cancer, liver cancer, bladder cancer and myeloid leukemia. Research also links it to fatty liver disease and kidney disease.

Glyphosate harms human health through more than one pathway. By negatively impacting, and in many cases destroying, major groups of soil microorganisms, the pesticide also damages the nutritional content of our food supply.

“Glyphosate works by crippling a plant’s nutritional pathways and immune systems. To do so, it blocks the absorption of Manganese through a critical pathway. As a secondary effect, it also is a very efficient mineral chelator, thus tying up critical minerals in both the plant and the soil and reducing the nutrition of the plant.

“Once the plant is crippled, Glyphosate promotes the growth of soil-borne pathogens while effectively killing all the pathogens inhibiting beneficial microbes. The pathogens then attack the weakened and crippled plant which kills it.”

Manganese absorption is inhibited in Roundup-ready plants. The herbicide also makes many nutrients unavailable to crops. Even in low concentrations the chemical kills protective soil microorganisms and stimulates the proliferation of pathogenic organisms.

One 2021 paper published in Frontiers in Environmental Science discussed the results of several studies that demonstrated glyphosate has increasingly been found in soil residue and waterways, with an indirect effect on shifts in the microbial composition of the soil.

They note that past research has mostly tested short-term treatment and found little effect on the general microbial composition at higher taxonomic levels.

However, the herbicide’s enhancement of pathogenic bacteria and fungi is implicated in the increased susceptibility of plants to Rhizoctonia and Fusarium.

The herbicide is also linked to Clostridium and Salmonella infections in mammals and birds, and Serratia and deformed wing virus in bees. They conclude that long-term effects are underreported, and new standards are needed to protect the environment, and therefore human health.

In the face of mounting evidence that glyphosate damages human and soil health, and affects the human gut microbiome, advocates around the world are calling for leaders to eliminate the use of glyphosate.

Farmers would not be left without hope, however, since farmers from around the world have demonstrated that regenerative farming techniques have the opposite effect.

In other words, these strategies are not dangerous or neutral. Instead, they are healthy for the soil, crops and livestock.

Glyphosate raises risk of COVID, what about other viruses?

​​Glyphosate also impacts the creation of proteins in your body since it substitutes for the amino acid glycine. In this interview with Stephanie Seneff (video below), she explained that the immune cells are also impaired by glyphosate. The more years you’re exposed, the higher the likelihood your immune cells don’t function well.

She points out that the comorbidities associated with severe COVID-19 — obesity, high blood pressure and diabetes — are also diseases that have risen dramatically in step with the increased usage of glyphosate on core crops.

“So, I think it’s mostly about glyphosate,” she says. “If you’ve accumulated a lot of glyphosate in your tissues, you’re not going to do well with COVID-19, and that’s because [your body] is trying to repair the mitochondria in the immune cells so that the immune cells can actually clear the virus. If they can’t make ATP, they can’t do their job, and the virus flourishes.”

This has implications for future “emerging viruses” that have been altered through gain of function research. The COVID-19 pandemic demonstrated the crucial role your foundational health plays in your ability to withstand coming viral outbreaks.

I believe the key take-home message is to clean up your diet and eat whole, fresh, organic foods to ensure you aren’t exposed to glyphosate. The cascading damage that occurs in severe COVID-19 cases appears to be your body’s response to salvage or repair poorly functioning immune cells.