A hearing today in federal court will set the stage for upcoming litigation against Syngenta, manufacturer of Paraquat. More than 600 lawsuits alleging the agrochemical giant knew its flagship weedkiller causes Parkinson’s were combined into what is known as multidistrict litigation. 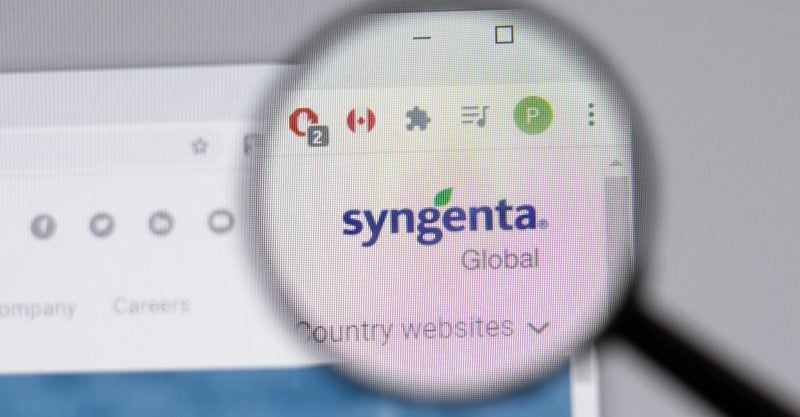 As Yogi Berra might say: It’s déjà vu all over again.

Five years ago, the once seemingly invincible Monsanto Co. was dealt its first searing courtroom loss over allegations that its glyphosate weed killer causes cancer and Monsanto worked to hide the risks.

That loss was followed by another, and another and the global recognition of damning internal Monsanto documents that ultimately led Monsanto owner Bayer AG to agree to pony up more than $11 billion to settle thousands of cancer claims.

The litigation still lingers as Bayer wrestles with angry investors and plans to remove glyphosate-based products, such as the widely used Roundup herbicide, from the U.S. consumer market.

The mass tort machine that took down Monsanto has set its sights on the Chinese-owned, Switzerland-based agrochemical giant and its peddling of a weedkiller called paraquat.

Numerous research studies have linked paraquat to the development of Parkinson’s disease, and plaintiffs attorneys representing people from around the U.S. allege Syngenta has known of these risks for decades but failed to warn users.

A case management conference in the litigation is set in federal court for today, March 4.

That comes after several of Syngenta’s top executives have been forced in recent weeks to sit down for hours of questioning under oath by plaintiffs attorneys.

The topics of questioning include:

The group of executives being deposed includes:

On the plaintiffs side are many of the same lawyers who helped lead the Roundup litigation, including lawyers from The Miller Firm, which brought the very first Roundup trial to a $289 million verdict against Monsanto.

As happened in the Roundup litigation, there are so many plaintiffs filing lawsuits against Syngenta that the litigation has been corralled into what is known as multidistrict litigation, or an MDL.

According to court records, more than 600 lawsuits are pending now in the paraquat MDL under the direction of Chief U.S. District Judge Nancy Rosenstengel in the U.S. District Court for the Southern District of Illinois.

A separate but similar group of paraquat lawsuits are being handled through Judicial Council Coordination Proceedings (JCCP) in Contra Costa County Superior Court.

Among those suing are people who developed Parkinson’s after working on farms and ranches, at schools or in jobs for municipalities where they say they were exposed to paraquat.

Parkinson’s is an incurable progressive nervous system disorder that can cause tremors and loss of balance and leave victims severely debilitated until death.

Paraquat is commonly used in agriculture and is known as a particularly effective, though hazardous, herbicide. Regulators and the companies selling it warn users that ingesting even small amounts can kill a person quickly.

Because of the poisonous quality to paraquat, its use is restricted in the U.S. to trained applicators.

But while the toxic nature of the chemical is well established, allegations that it causes Parkinson’s disease remains hotly debated.

Dutch neurologist Bastiaan Bloem recently authored a book about Parkinson’s, blaming widespread exposure to herbicides such as paraquat, along with other toxic chemicals used in agriculture and manufacturing, for the spread of the disease.

Syngenta and co-defendant and former paraquat distributor Chevron USA assert there is no link between the chemical and the disease, and they argue that newer and more robust research has actually discounted a tie between paraquat and Parkinson’s.

Looking for the bellwether

While the litigation focus currently is on discovery and other evidence gathering, a key question still to be determined is which of the many plaintiffs bringing claims will be the first to go to trial.

Lawyers for Chevron have recently questioned the validity of some of the plaintiffs’ specific exposure claims, calling them “dubious,” and pointing out that some plaintiffs seeking trial dates have said they were using paraquat and/or were otherwise exposed to the chemical at times and in places where paraquat was not allowed.

One plaintiff, Chevron pointed out in a court filing, alleged exposure in 1940, fully two decades before the chemical was introduced to the market.

In the MDL, Rosenstengel has set a first trial date for November of this year, though that date is expected to change. In the JCCP, the first trial is not expected until May of next year. 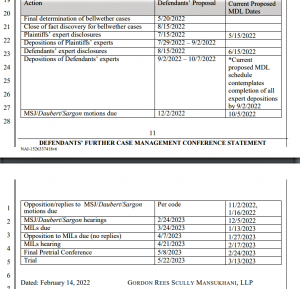