The U.S. Environmental Protection Agency is set to reapprove paraquat, with even fewer restrictions, despite the herbicide’s acute toxicity and strong links to Parkinson’s Disease. 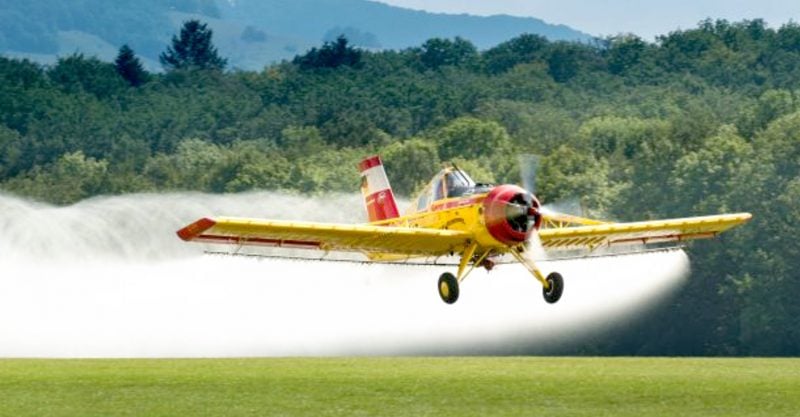 President Biden’s Environmental Protection Agency (EPA), under Administrator Michael Regan, is set to reapprove the highly hazardous herbicide paraquat with fewer protections than those proposed by the Trump administration.

Despite strong links to Parkinson’s, and bans on the herbicide in the European Union, China, Brazil and many other countries, EPA’s press release inexplicably states, “No direct one-to-one alternatives to paraquat are available.” The move is part of a string of actions that have pesticide reform advocates increasingly concerned that the Biden Administration is not living up to his initial promises to improve health and environmental protections.

Paraquat is the most toxic herbicide still on the market. As EPA readily admits, one small sip of paraquat can be fatal. Apart from its acute toxicity, chronic exposure to the herbicide is strongly linked to the development of Parkinson’s disease.

A move by lawyers to consolidate at least 14 lawsuits filed by 8 different law firms in 6 different federal courts is a “telling sign” more lawsuits will be filed against Syngenta over claims its #weedkiller, #paraquat, causes #Parkinson’s. #TheDefender https://t.co/BXSrZH88Mu

But its association with Parkinson’s is merely the most well-known health concern — the chemical is a likely carcinogen, harms the reproductive system, and damages organs like the kidney and liver. It is hazardous to birds and bees, and prone to leaching into groundwater, where it disrupts the health of aquatic ecosystems.

The Trump administration’s decision to reapprove paraquat last year was characterized by Beyond Pesticides as “a broken EPA” with an “extremist pro pesticide agenda.” Reapproval of this chemical in the first place highlights an incredible lack of concern for the health and prosperity of many Americans who will continue to be at risk of being included in the future Parkinson’s pandemic.

Yet the Biden Administration, which has consistently ‘talked the talk’ around the need to reverse dangerous decisions made by the previous administration, and pledged a new path toward improved public health and environmental protection, has not only endorsed the Trump EPA’s decision to reapprove the chemical, its new proposal weakens and rolls back critical protections.

According to reporting from EENews, the agency used information provided by the Agricultural Handler Exposure Task Force, a consortium of chemical companies that includes BASF, Bayer Monsanto, Corteva, FMC, and Syngenta/ChemChina, the primary manufacturer of paraquat.

The data produced by the chemical companies indicate that EPA had miscalculated the dangers posed to farmworkers, and that an all-out ban on aerial use was not warranted. Despite a long history of criticism directed at the agency for simply allowing pesticide companies to write the rules, the agency did exactly that.

“With this recent move, the Biden EPA has endorsed the continued crop dusting of American food and farmland with paraquat, a chemical that is strongly linked to Parkinson’s disease, and can kill an individual with a single sip,” said Drew Toher, community resource and policy director at Beyond Pesticides.

He continued: “This is an economic decision — one that aims to maintain the profits of chemical companies at the expense of farmworker lives and livelihood. Americans should be ashamed of their taxpayer dollars being used to support this dangerous action.”

The move on paraquat is reminiscent of other decisions EPA made at the behest of industry.  In 2018, EPA stripped away protections that reduced children’s exposure to synthetic pyrethroids, a group of neurotoxic pesticides strongly linked to childhood cancer, autism, and other learning disorders. In that case, CropLife America, the main pesticide industry lobby group, urged EPA to rely on a health model developed by a group known as the Council for the Advancement of Pyrethroid Human Risk Assessment.

Under the CAPHRA model, pyrethroids were estimated to be metabolized by children at the same rate as adults. As a result, EPA lowered the safety factor on synthetic pyrethroids from 3x to 1x for children under 6 years of age, permitting children’s exposure rates to these widely used chemicals to triple.

Most frustrating to pesticide reform advocates is that the Biden administration has acknowledged many of the mistakes of the past. In March 2021, Michal Freedhoff, Ph.D., acting assistant administrator for EPA’s Office of Chemical Safety and Pollution Prevention wrote an open letter to EPA employees noting, “Over the past few years, I am aware that political interference sometimes compromised the integrity of our science.” And continuing, “This is a new day, about communication, trust, transparency and the importance of science in our regulatory decision-making process.”

Dr. Freedhoff specifically cited the agency’s decision to approve volatile dicamba formulations on genetically engineered crops. As Beyond Pesticides noted at the time, despite the recriminations, EPA announced no plans for corrective action.

Opportunities for the agency to show off environmental bona fides have been numerous, but there is little for advocates to point to with the new administration. The lack of progress has brought Beyond Pesticides to question: “What is going on at the Environmental Protection Agency?”  On a range of chemicals decisions, including glyphosate, chlorpyrifos, dicamba, the neonicotinoids, the synthetic pyrethroids, atrazine, and paraquat, EPA has raised expectations while failing to deliver.

There is still time for the agency to reverse its approach, and eschew chemical company influence in its decision-making. Despite affirming earlier decisions around the risks that glyphosate pose to human health, the agency has asked the court for a redo on its 2020 decision to reapprove glyphosate products like Roundup.

The agency is also on an impending deadline to provide a response to a federal court on the status of chlorpyrifos’ registration. Based on recent decisions, some advocates question whether President Biden EPA’s will affect a significant shift from the Trump administration’s industry friendly positions.

The pressure is on. A detailed report in The Intercept shined a spotlight on the depths of corruption within EPA’s Office of Pesticide Programs (see Beyond Pesticides coverage here). Whistleblowers are filing complaints with EPA’s Office of Inspector General for the pressure they felt to deliver results in line with industry wishes.

Increasingly, experts are sounding the alarm about the need for updates to U.S. pesticide law, and bills like the Saving America’s Pollinators Act, and Protect American Children from Toxic Pesticides Act are gaining increased attention in Congress.

Like glyphosate, paraquat’s major manufacturer — Syngenta/ChemChina — is now in court over links between its herbicide and chronic disease. But it’s not acceptable for the courts to institute environmental protections when EPA — a taxpayer funded executive agency – was created specifically to provide that service for the American people.

There are 157 cases pending in state + federal courts. The plaintiffs allege Syngenta was aware of the risks but failed to warn users paraquat weedkillers cause Parkinson’s disease.

Urge the Biden EPA to stand up to pesticide manufacturers by holding them accountable for the dangers associated with their products.