Parents of Kids With Birth Defects, Brain Damage Sue Chemical Maker Over Insecticide They Say Is to Blame

Attorneys for the plaintiffs suing Corteva (formerly DowDupont) said they found chlorpyrifos, a widely used insecticide, in houses, carpet, furniture — even in a teddy bear — in four California communities where the chemical is used. 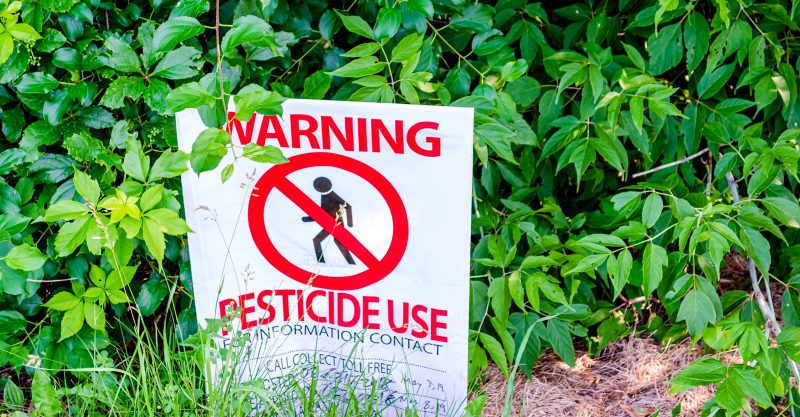 Corteva (formerly DowDupont) is facing a potential class-action lawsuit after several California families filed suit claiming that the use of the insecticide chlorpyrifos around their homes resulted in birth defects, brain damage and developmental problems in their children.

Chlorpyrifos is an organophosphate insecticide that has been linked to a range of health ailments, posing significant hazards particularly for pregnant mothers and their children. The lawsuits come as the U.S. Environmental Protection Agency (EPA) approaches a court-imposed 60-day deadline to decide the fate of the pesticide’s registration.

Attorneys for the court cases, filed on behalf of individuals located in four California communities (Fresno, Kings, Madera and Tulare counties), indicate they intend to pursue class-action status, which would allow additional injured parties to join the lawsuit. The plaintiffs argue that the effects of chlorpyrifos exposure linger in the agricultural communities where they reside.

Each of the four plaintiff families have children with developmental disabilities that they indicate were caused by chlorpyrifos exposure. This real-world occurrence is supported by the scientific literature. Studies find that children exposed to high levels of chlorpyrifos experience mental development delays, attention problems, attention-deficit/hyperactivity disorder problems and pervasive developmental disorders at three years of age.

Concentrations of chlorpyrifos in umbilical cord blood were also found to correspond to a decrease in the psychomotor development and a decrease in the mental development in 3-year olds. Additional research reinforces these findings, with evidence that children with high exposure levels of chlorpyrifos have changes to the brain, including enlargement of superior temporal, posterior middle temporal, and inferior postcentral gyri bilaterally, and enlarged superior frontal gyrus, gyrus rectus, cuneus and precuneus along the mesial wall of the right hemisphere.

After finding the EPA had engaged in an “egregious delay” exposing a generation of American children to unsafe levels of chlorpyrifos, a judge gave the agency 60 days to either modify or revoke the widely used pesticide’s registration. #TheDefenderhttps://t.co/8WbrBEH1Gy

Although Corteva has dropped out of the chlorpyrifos market, it is not supporting the cancellation of the chemical, and other manufacturers continue to produce it. Three years ago, Hawaii became the first state to begin to phase out chlorpyrifos use. In New York, a law passed by the state legislature implementing a ban prior to Hawaii’s was vetoed by Governor Cuomo (D) and shunted to a slower state rulemaking process. California has likewise initiated rulemaking to ban the chemical, but minor uses are likely to remain.

Meanwhile, EPA, despite a change in administration, has taken no significant action to eliminate chlorpyrifos to date. In May, a federal appeals court gave EPA a 60-day deadline to provide a “legally sufficient response” to a petition originally filed in 2007, urging the agency to ban food uses of the chemical.

Advocates say this is a low bar for the Biden administration to clear. With the Biden EPA, under the leadership of Administrator Michael Regan, defending a broad range of Trump-era pesticide decisions, advocates are concerned that EPA’s Office of Pesticide Programs remains broken.

Like other recent lawsuits filed around toxic pesticide exposure, including Parkinson-linked paraquat and cancer-causing glyphosate, EPA inaction has made it so that the only remedy for affected individuals and communities is the court system.

Canada has begun to quietly phase out chlorpyrifos, and the EU continues to lead the world in pesticide protections after it decided not to renew its registration for the chemical, permitting only a short grace period of 3 months for final storage, disposal and use.