Advocacy groups responded with alarm to the decision, which one group described as “a political prop just before the election,” and vowed to fight back. 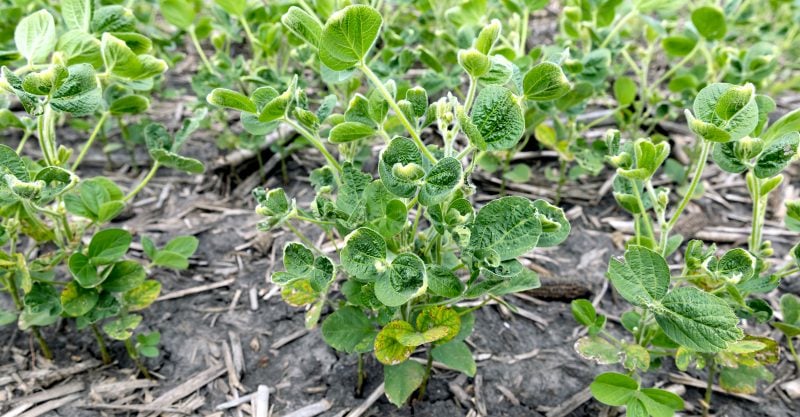 Public health advocates and environmentalists sharply condemned on Tuesday the Environmental Protection Agency’s (EPA) approval of three dicamba products, despite farmers’ concerns about drift damage and a recent federal court ruling that found the EPA previously “substantially understated risks that it acknowledged and failed entirely to acknowledge other risks” related to the herbicide.

EPA Administrator Andrew Wheeler announced at a Georgia farm that the agency had approved new five-year registrations for two “over-the-top” dicamba products — XtendiMax with VaporGrip Technology from Bayer (formerly Monsanto) and Engenia Herbicide from BASF — and extended until 2025 the registration of Syngenta’s Tavium Plus VaporGrip Technology.

All three registrations are for use on dicamba-tolerant cotton and soybeans.

As Common Dreams reported in June, the U.S. Court of Appeals for the 9th Circuit overturned the EPA’s 2018 approval of XtendiMax, Engenia and Corteva’s FeXapan. Days after that decision, the agency issued a guidance allowing for continued use of the products through July.

The advocacy groups behind that case — the Center for Food Safety, Center for Biological Diversity, National Family Farm Coalition and Pesticide Action Network (PAN) North America — tried unsuccessfully to secure a court order halting the continued use of the products this summer. They responded with alarm to Wheeler’s Tuesday announcement and vowed to fight back.

“Rather than evaluating the significant costs of dicamba drift as the 9th Circuit told them the law required, EPA rushed re-approval as a political prop just before the election, sentencing farmers and the environment to another five years of unacceptable damage,” declared Center for Food Safety legal director George Kimbrell. “We will most certainly challenge these unlawful approvals.”

This is yet another key decision that Trump administration is getting out the door before the end of this term. Lots of lawsuits over the use of this weedkiller. So topic is not over. pic.twitter.com/qpPPu8GBGi

Faux, who is also an Iowa farmer, explained:

“As early as 2018, leading schools of agriculture were recommending that dicamba technologies be applied as a pre-emergent application rather than an over-the-top spray and the Bader Farms lawsuit revealed that Monsanto was fully aware that the product would cause problems even before they applied for dicamba’s first provisional registration.

The past growing season simply provided more evidence that dicamba products (BASF’s Engenia, Bayer/Monsanto’s ExtendiMax, and Corteva’s FeXipan) [are] not suitable for over-the-top application, especially during warmer months, when these products are prone to volatilization, resulting in drift damage as many as four days after application. The state of Iowa reported a record number of dicamba-related drift complaints and weed scientists noted that damage was worse than prior years, showing plant injury on a ‘landscape level’ throughout the state.”

“To manage off-site movement of dicamba, EPA’s 2020 registration features important control measures,” according to the agency. They include:

However, “given EPA-approved versions of dicamba have already damaged millions of U.S. acres of crops and natural areas, there’s no reason to trust that the agency got it right this time,” Nathan Donley, senior scientist at the Center for Biological Diversity, said Tuesday. “As the judges who tossed out the EPA’s previous approval stated, the agency wrongly dismissed many of dicamba’s proven harms.”

“At this point,” Donley added, “the EPA has shown such callous indifference to the damage dicamba has caused to farmers and wildlife alike, and has been so desperate to appease the pesticide industry, it has zero credibility when it comes to pesticide safety.”