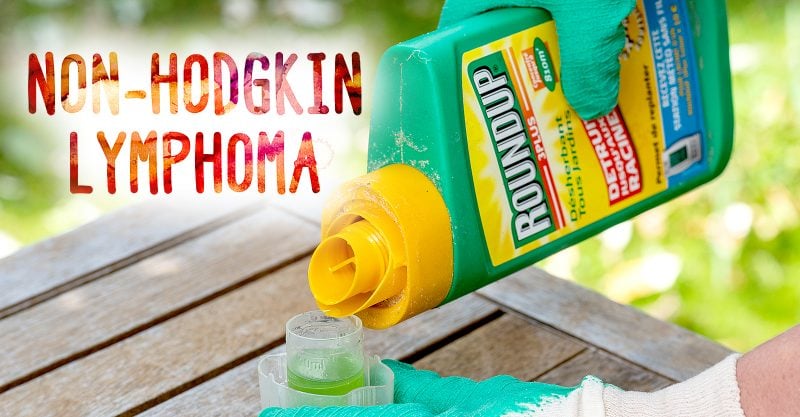 Why would the agency charged with protecting public health and the environment go against its own science and allow a probable carcinogen like glyphosate to remain in use? According to Intercept journalist Sharon Lerner, agrichemical industry giants like Monsanto (acquired by Bayer AG in 2018) have successfully “hoodwinked, bullied, and persuaded” the EPA to base chemical regulations on inaccurate science that favors industry at the expense of public health.

Lerner reports that industry influence over the science that EPA relies on to set the safe exposure levels to chemicals like glyphosate is one of many tools Monsanto and other agribusinesses use to “increase and maintain the use of products even when they damage health and the environment.”

Lerner’s article includes a 2016 internal EPA report that vindicates what plaintiffs’ attorneys suing Monsanto on behalf of Roundup cancer victims have been saying for years about Monsanto’s scientific manipulation and the EPA being a captured agency.

In March of 2015 the International Agency for Research on Cancer (IARC) published a review on glyphosate, listing it as a probable human carcinogen. The IARC report led to thousands of people throughout the U.S. filing lawsuits against Monsanto alleging exposure to Roundup caused them to develop non-Hodgkin lymphoma.

As part of the litigation, a number of U.S. law firms were able to obtain internal company reports, emails, text messages and other memoranda, that include communications with or about EPA officials.

The documents, now known throughout the world as the Monsanto Papers, allowed the public to see firsthand how EPA staff bragged about killing an Agency for Toxic Substances and Disease Registry review of glyphosate — that the agency has based its regulatory decisions for Roundup almost exclusively on Monsanto’s own science — and that the agency mysteriously changed glyphosate’s cancer classification in 1991 from having “suggestive evidence” of carcinogenic potential to having “no evidence” of carcinogenic potential, a designation that persists even to this day.

“The Whole Truth About the #Monsanto Papers” details how Monsanto compromised scientific journals, academies, regulatory agencies, media + governments to deceive the public about the toxicity of their flagship herbicide, #Roundup. #TheDefender https://t.co/zOXsMwX4Iw

Attorneys for Monsanto have argued since the start of the litigation that EPA has repeatedly approved the use of glyphosate, each time concluding that it is not likely to be carcinogenic to humans. But the internal EPA report cited in Lerner’s reporting provides stark evidence that the agency has been covering up science showing the cancer-causing potential of glyphosate.

What does the eEPA internal report on glyphosate say?

In the summer of 2016, the EPA’s Office of Research and Development (ORD) analyzed seven epidemiological studies on the association between glyphosate and Non-Hodgkin lymphoma. The internal “confidential” report concluded that four of the highest-quality studies “all reported elevated risks of NHL associated with exposure to glyphosate even after controlling for other pesticide exposures.”

The report further concluded that the reviewed studies “provide suggestive evidence of carcinogenic potential between glyphosate exposure and increased risk of non-Hodgkin lymphoma.”

The internal report never saw the light of day. Instead, Lerner notes:

“[EPA] released reports in 2016 and 2017 that clearly drew on the earlier document — several sections have identical wording — but reached the opposite conclusion: that glyphosate is ‘not a probable carcinogen.’”

In his closing statement in the case of Pilliod et al. v. Monsanto Co., Monsanto attorney Tarek Ismail, made light of the plaintiffs’ allegation that EPA is an agency captured by industry:

“Today you heard Mr. Wisner (co-lead counsel for the Pilliods) ask you to disregard completely the findings of the EPA. He told you that they engaged in — what did he call it? Regulatory capture? 40 years of EPA review by the career scientists at the agency, he wants you to throw aside.”

Ismail had good reason to play down the regulatory capture allegation to the jury. In her report, Lerner interviewed more than a dozen former EPA Office of Pesticide Programs employees who described the agency as “unable to stand up to the intense pressures from powerful agrochemical companies, which spend tens of millions of dollars on lobbying each year and employ many former EPA scientists once they leave the agency.”

The jury must have, at the very least, questioned whether the EPA was a captured agency. After only a few short days, the jury returned a $2.055 billion verdict in favor of Mr. and Mrs. Pilliod, one of three verdicts against Monsanto between 2018 and 2019. The jury verdicts worth a combined $2.424 billion paved the way for a $10.9 billion settlement with several leading law firms in the Roundup litigation.

Despite its own scientists finding a link between glyphosate and cancer in studies of human populations in the internal 2016 report (and the IARC report a year earlier), the EPA re-registered glyphosate in 2020 for another 15 years. Per Lerner, the EPA allows glyphosate use because there is “insufficient evidence to conclude that glyphosate plays a role in any human diseases” and that “there are no risks of concern to human health when glyphosate is used in accordance with its current label.”

But consumer advocates like Genna Reed, senior analyst at the Center for Science and Democracy at the Union of Concerned Scientists, believe the 2016 internal report shows a pattern of EPA favoring industry over safety. “They only used the pieces of the meta-analysis that fit the conclusion they wanted to support,” Reed told Lerner of the EPA report. Reed added that the agency’s suppression of the internal report’s conclusion shows that there “is clearly a need for more firewalls to prevent political interference with the science.”

The internal EPA report could have an impact in the case of National Association of Wheat Growers, et al. v. Becerra, which will decide whether a Proposition 65 warning can be added to glyphosate products.

California’s Proposition 65 (Prop 65), also known as the Safe Drinking Water and Toxic Enforcement Act of 1986, prohibits businesses from exposing people to chemicals on the state’s Prop 65 List without providing “clear and reasonable” warnings.

Chemicals are added to the Prop 65 List based on the state’s evaluation of current scientific information and in situations where EPA and IARC determine a substance is a human carcinogen. While IARC classified glyphosate as “probably carcinogenic” to humans, EPA concluded that there is no evidence that glyphosate causes cancer.

In 2018, the U.S. District Court for the Eastern District of California decided that the state could not require Prop 65 cancer warnings for glyphosate. Per the Court, such warnings would violate the First Amendment because the EPA found that there is insufficient evidence to conclude that glyphosate causes cancer.

Last year, California Attorney General Xavier Becerra filed an appeal to challenge the decision. Now, with the new internal report contradicting EPA’s public findings — which the Court used as the basis to not require a Prop 65 warning for glyphosate — the appeal can pull the rug out from under the assertion that there is no evidence glyphosate is a carcinogen.

Lerner says that industry influence over EPA has “weakened and, in some cases, shut down the meaningful regulation of pesticides in the U.S. and left the country’s residents exposed to levels of dangerous chemicals not tolerated in many other nations.”

Charles Benbrook, an agricultural economist who served as an expert witness during the Monsanto Roundup litigation, agrees with Lerner:

“The regulatory affairs departments of these companies actually compete against each other and sometimes brag that they were able to keep one of their high-risk pesticides on the market longer than some other company that threw in the towel prematurely.”

If anything, Lerner’s article and the issues she raises reinforce the power that litigation has to raise public awareness and spark real and lasting change.

“We always felt that the evidence supporting everything we were saying from day one — that Monsanto manipulated science, that they captured agencies, that they bullied scientists that dared to question Roundup’s safety — would only continue to grow,” said Baum Hedlund Aristei & Goldman attorney, R. Brent Wisner, who served as co-lead trial counsel in two of the three Roundup trials. “It’s bittersweet that it’s taken all these years for these truths to come out, but any progress made in the name of protecting people’s health — however incremental — is something we will always fight for.”