Concerns over adverse reactions, blood clots, reports of breakthrough COVID cases in vaccinated people, vaccine contamination and scrutiny over CEO pay have plagued the roll-out of the company’s COVID vaccine. 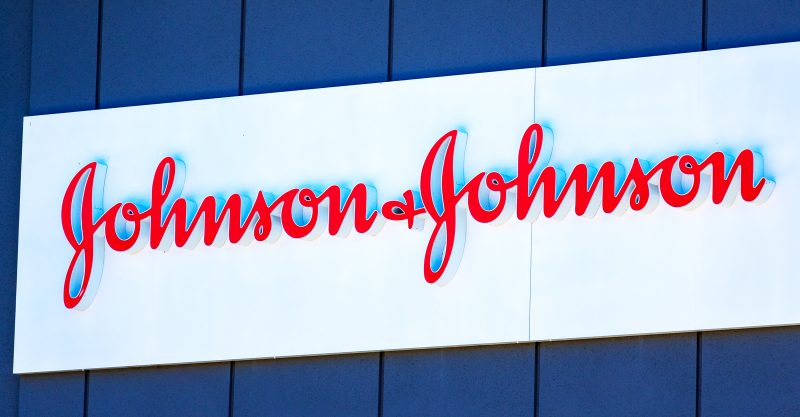 At the beginning of the month, the vaccine maker had to throw out 15 million doses of its vaccine after they were contaminated with AstraZeneca vaccine ingredients at an unapproved manufacturing plant. The setback contributed to last week’s announcement that the company won’t be able to deliver on its promise of 24 million additional doses of its one-shot vaccine by the end of April.

Those weren’t the only negative headlines. Last week, J&J vaccine sites in four states had to shut down after reports of adverse reactions. There also were multiple reports of COVID breakthrough cases in people who received the vaccine, marketed under its subsidiary, Janssen.

J&J is on notice regarding investigations by European and U.S. regulators for reports of blood clots in individuals who received the vaccine.

And today, the company faced more backlash from investors after its CEO was awarded a 17% pay raise while billions are being paid out for the company’s role in the nation’s opioid epidemic.

Here’s a breakdown of the five reasons J&J is having a very bad month:

A vaccination site in Colorado, three sites in North Carolina, one in Georgia and one in Iowa shut down last week after more than 45 people suffered adverse reactions to the J&J shot.

As The Defender reported April 8, more than 600 people with appointments were turned away from a J&J mass vaccination site in Colorado after several vaccine recipients suffered adverse reactions.

Centura Health, which helped run the community vaccination center at Dick’s Sporting Goods Park, said in a statement that 11 patients who received the vaccine experienced reactions. Two people were transferred to the hospital after medical staff determined they required additional observation. Centura officials did not specify what reactions were observed or their severity.

The Centers for Disease Control and Prevention (CDC) analyzed the vaccine lot used at the PNC Arena and UNC sites and recommended J&J vaccinations continue.

The Pottawattamie County Health Department in Iowa paused operations April 7 after three of 35 people who received J&J’s COVID vaccine experienced adverse reactions. The site consulted with the CDC and determined the shot was safe.

Operations resumed on Thursday but the county now requires people to stay for 30 minutes instead of 15 minutes after their appointment to be monitored, KCCI News reported.

2. Reports of COVID in people fully vaccinated with J&J’s vaccine continue to mount.

A New Jersey man is in the hospital fighting for his life after being fully vaccinated against COVID, reported ABC7 NY. A woman reported she and her husband got J&J’s vaccine on March 6, but tested positive for COVID on April 1. The husband is hospitalized in critical condition and is also being treated for pneumonia.

Chief Health and Science Officer for the American Medical Association, Dr. Mira Irons, said on March 26 J&J’s COVID vaccine has “100% efficacy against hospitalization and death from the virus.”

A Brooklyn woman, Ashley Allen, managed to avoid catching COVID during 2020, but was diagnosed with the disease three weeks after being vaccinated with J&J’s vaccine. Even after getting the one-shot vaccine, Allen said she continued to take precautions against the virus — masking up and washing her hands frequently.

“I definitely was very confused by it,” Allen said Monday, thinking perhaps it was a false positive.

As The Defender reported March 31, an increasing number of “breakthrough cases” of COVID in fully vaccinated people (including people vaccinated with Pfizer, Moderna and J&J vaccines) have been reported in Washington, Florida, South Carolina, Texas, New York, California and Minnesota. The cases included some people who required hospitalization, including at least three who died.

3. U.S. and European regulators are reviewing cases of blood clots in people who received J&J’s vaccine.

The European Medicines Agency (EMA) said three serious cases of clotting and low platelets occurred in the U.S. during the rollout of J&J’s vaccine, and one person died from a clotting disorder reported during a clinical trial.

On April 7, the EMA confirmed a “possible link” between AstraZeneca’s COVID vaccine and blood clots. Like AstraZeneca, J&J uses a modified adenovirus vector as opposed to the mRNA technology used in the Moderna and Pfizer’s COVID vaccines.

J&J said it was aware of the reports of rare blood clots in individuals given its COVID vaccine and was working with regulators to assess the data and provide relevant information. The company also noted there was no causal relationship between these “rare events and the Janssen COVID-19 vaccine,” in a statement to Reuters.

4. J&J vaccine output dropped by 85% after 15 million doses were contaminated with AstraZeneca ingredients.

ABC News reported the U.S. will experience an 85% drop in availability of J&J’s COVID vaccine, and is unlikely to see a steady output from the vaccine maker until the company resolves production issues at a facility in Baltimore, Maryland, according to federal officials and data.

As The Defender reported April 1, 15 million doses of J&J’s COVID vaccine failed quality control after workers at a plant run by Emergent BioSolutions — a manufacturing partner with J&J and AstraZeneca, whose vaccine has yet to be authorized for use in the U.S — were contaminated with AstraZeneca ingredients.

The mix-up forced regulators to delay authorization of the plant’s production lines and prompted an investigation by the FDA.

AstraZeneca and J&J’s COVID vaccines employ the same technology which uses a version of a virus — known as a vector — that is transmitted into cells to make a protein that then stimulates the immune system to produce antibodies. However, J&J’s and AstraZeneca’s vectors are biologically different and not interchangeable.

Records obtained through the Freedom of Information Act by the Associated Press showed Emergent has been cited repeatedly by the FDA for problems such as poorly trained employees, cracked vials and mold around one of its facilities

According to The Washington Post, the Biden administration put J&J in control of manufacturing at the Emergent BioSolutions after the incident. Jeff Zients, the White House coronavirus coordinator, told reporters on Friday J&J is still working to address issues with Emergent Biosolutions, but expects the plant to be certified by the FDA.

5. Critics take shots at J&J over CEO’s $30 million pay package while the company pays out billions for its role in the opioid epidemic.

J&J is attracting investor scrutiny because it excluded from its calculation of stock awards to its top executives costs related to lawsuits, including $4 billion tied to J&J’s role in the nation’s opioid epidemic and damages related to asbestos in its talc baby powder that caused cancer.

Gorsky’s compensation, which totaled $29.6 million in 2020, was up 17% from the previous year –– 365 times the company’s median annual employee pay of $81,000, according to International Shareholder Services (ISS) estimates.

Institutional Shareholder Services (ISS) joined rival advisory firm Lewis in recommending that J&J investors vote to reject Gorsky’s compensation deal. ISS said J&J’s corporate governance was poor, giving it a 7 rating on a scale of 1-10, where 10 is the worst. On compensation, ISS gave J&J a rating of 9, reported CBS News.

“In our opinion, the adjustments related to well-documented legal actions essentially shield executives’ compensation from the detrimental impact of their decisions for the company,” Lewis said.

“I think [Gorsky’s] pay was excessive,” said Rosanna Landis Weaver, who analyzes executive compensation at As You Sow, a nonprofit that promotes shareholder advocacy on inequality, the environment and other issues.