The mix-up at a Baltimore manufacturing plant forced regulators to delay authorization of the plant’s production lines and prompted an FDA investigation. 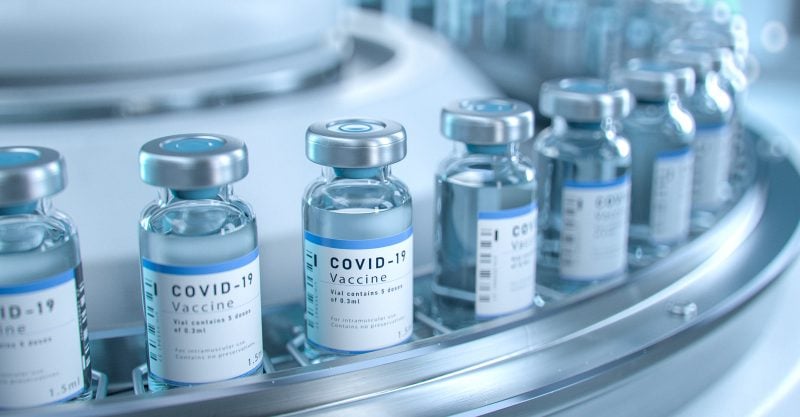 The mix-up forced regulators to delay authorization of the plant’s production lines and prompted an investigation by the U.S. Food and Drug Administration (FDA).

According to The New York Times, the plant is run by Emergent BioSolutions, a manufacturing partner with J&J and AstraZeneca, whose vaccine has yet to be authorized for use in the U.S.

Emergent has been cited repeatedly by the FDA for problems such as poorly trained employees, cracked vials and mold around one of its facilities, according to records obtained by the Associated Press through the Freedom of Information Act.

AstraZeneca and J&J’s COVID vaccines employ the same technology which uses a version of a virus — known as a vector — that is transmitted into cells to make a protein that then stimulates the immune system to produce antibodies.

However, J&J’s and AstraZeneca’s vectors are biologically different and not interchangeable.

Federal officials said Emergent’s mistake was human error that went undiscovered for days until J&J’s quality control checks uncovered it, according to people familiar with the situation. By then, up to 15 million doses had been contaminated, reported The Indian Express.

The error does not affect any J&J doses currently being distributed and administered in the U.S., as those were produced in the Netherlands where operations have been fully approved by federal regulators.

“As with the manufacturing of any complex biologic medication or vaccine, the start-up for a new process includes test runs and quality checks to ensure manufacturing is validated and the end product meets our high-quality standards,” J&J said in a statement Wednesday. “This approach includes having dedicated specialists on the ground at the companies that are part of our global manufacturing network to support safety and quality.”

Details of the issue were identified and addressed with Emergent and the FDA, J&J said.

An FDA spokesperson told news outlets: “FDA is aware of the situation, but we are unable to comment further. Questions about a firm’s manufacturing facilities should be directed to that firm.”

As reported by The Defender, J&J has never made a vaccine, but since entering the pharmaceutical market in 1959, the company has made a lot of headlines and has been fined billions of dollars for bad, including some illegal, behavior.

Developing a vaccine requires many years and necessitates the establishment of an R&D infrastructure vastly different than the structure required for conventional drug development. Yet the company was able to rush to market its first vaccine for a viral strain identified just 14 months ago.

J&J has a relationship with the Bill & Melinda Gates Foundation and the Global Alliance for Vaccines and Immunizations and has a $1 billion deal with the U.S. government to provide 100 million doses of its Emergency Use Authorization experimental vaccine.

As The Defender Reported, the FDA authorized J&J’s single-dose COVID vaccine in late February with a reported overall efficacy rating of 66% for preventing “moderate to severe COVID-19.” The vaccine was only 42.3% effective about a month after getting the shot in people 60 or older who had comorbidities.

Although the FDA identified no safety concerns with J&J’s COVID vaccine, suspected vaccine injuries associated with the vaccine have been reported to the Vaccine Adverse Events Reporting System since March 2 — the primary mechanism for reporting adverse vaccine reactions in the U.S.