These ‘Inactive’ Ingredients in COVID Vaccines Could Trigger Allergic Reactions

COVID vaccine makers have not only introduced new primary ingredients to the U.S. vaccine stage, but they’ve bundled these new ingredients with “inactive” ingredients in unprecedented ways that raise the risk for dangerous allergic reactions. 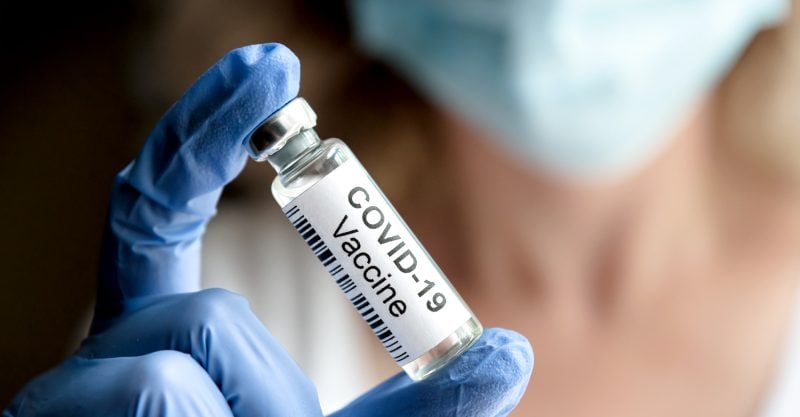 The Centers for Disease Control and Prevention (CDC) claims that vaccines “use only the ingredients they need to be as safe and effective as possible.”  The star of the show in any vaccine is the “active” ingredient, which is the one designed to create an antibody response.

But the other, supposedly “inactive” ingredients — known as excipients — also play significant, and in many cases risky, co-starring roles.

Studies of licensed vaccines have identified many problems with these secondary ingredients — adjuvants like aluminum, preservatives like thimerosal and stabilizers like gelatin — not to mention highlighting the presence in vaccines of residual DNA from cell lines used in the manufacturing process as well as disclosed and undisclosed contaminants.

With the advent of three experimental COVID injections approved for emergency use in the U.S., manufacturers have introduced new primary ingredients to the U.S. vaccine stage — messenger RNA (mRNA) in the Pfizer and Moderna injections and an adenovirus vector in the Johnson & Johnson (J&J) injection.

Not only that, but vaccine makers have bundled these new primary ingredients with  “inactive” excipients in unprecedented ways — polyethylene glycol (PEG) in the case of the mRNA vaccines and polysorbate 80 in the J&J shot.

PEGs and polysorbates are structurally similar and are also sometimes combined in a PEG-polysorbate 80 mixture that is “substantially the same as that of … pure PEG.” Pre-COVID, both compounds had already been flagged for their ability to cross-react and produce immediate hypersensitivity reactions, a type of “exaggerated or inappropriate” immune response that can include anaphylaxis.

Given that at least 1,689 recipients of the Pfizer and Moderna injections have reported anaphylactic or serious allergic reactions (as of March 5), and that two J&J clinical trial participants also suffered severe allergic reactions, some allergy experts are recommending that closer attention be directed to the risks of both excipients.

Children’s Health Defense has written extensively about the risks of PEG, the coating for the lipid nanoparticle RNA delivery system in the Pfizer and Moderna injections. Two recent studies echo some of the concerns we raised.

Writing in The New England Journal of Medicine (NEJM) in February, physician-researchers Mariana Castells (Brigham and Women’s Hospital) and Elizabeth Phillips (Vanderbilt University) note that “no other vaccine that has PEG as an excipient has [ever] been in widespread use” until COVID. The two authors then zero in on the evidence linking PEG to anaphylaxis, suggesting that it may represent a “hidden danger.”

Although Castells and Phillips state that the anaphylaxis risks of adenoviral-vectored vaccines formulated with polysorbate 80 — vaccines like J&J’s — are “currently unknown,” Phillips and other Vanderbilt colleagues published a paper in mid-2019 (in the Journal of Allergy and Clinical Immunology: In Practice) that reported a startling discovery, namely that “Immediate hypersensitivity to polyethylene glycols and polysorbates” is “more common than we have recognized.”

In that paper, Phillips and her colleagues also warned their fellow allergists that the similarities between polysorbates and PEGs may produce cross-reactive hypersensitivity that is likely “under recognized in clinical practice.”

Unlike the PEGs making their debut as vaccine excipients, polysorbate surfactants (polysorbate 80 or polysorbate 20) are already present in numerous licensed vaccines — including vaccines with diphtheria-tetanus-pertussis components, hepatitis A and B vaccines, vaccines against influenza and rotavirus, meningococcal and pneumococcal vaccines, shingles injections and Gardasil 9.

Disturbingly, nearly all of these vaccines list anaphylaxis and anaphylactoid reactions as documented adverse events in their package inserts, although the inserts offer no explanation or even speculation about the specific triggering agent(s).

The use of polysorbate 80 in vaccines also raises other potential concerns that have not attracted sufficient attention, including the compound’s ability to cross the blood-brain barrier and potential evidence of carcinogenic activity in animal studies.

The mysteries of sensitization

Allergic sensitization is a complicated affair that even allergists do not fully comprehend, and there are ongoing questions about the mechanism of sensitization to PEGs (and, by implication, to polysorbates).

In his final exposure to PEG, the first patient lost consciousness, “knocking a hole in the drywall with his head,” and after experiencing plummeting blood pressure of 60/20 spent a night in the emergency room. Subsequent skin testing showed positivity to polysorbate-80-containing products ranging from a corticosteroid (triamcinolone acetonide) and eye drops to a pneumococcal vaccine.

The scenario was similar for the second patient, who became dangerously hypotensive following PEG exposure, ended up in the emergency room and had a positive allergy skin test to the same polysorbate-containing corticosteroid.

Both case studies hint at one of the central problems with PEGs and polysorbates: They are everywhere, potentially offering numerous opportunities for sensitization. For example, PEGs are used in drugs, cosmetics, personal care items such as toothpaste and shampoo, bowel preparations for colonoscopy and as a food additive.

As a result of industry’s pervasive reliance on PEGs, approximately 72% of contemporary samples of human blood analyzed in 2016 revealed detectable and sometimes high levels of anti-PEG antibodies — with 8% displaying extremely elevated levels strongly associated with anaphylaxis.

No comparable study seems to be available for polysorbates, but a 2005 study drew attention to polysorbate 80 as “a ubiquitously used solubilizing agent that can cause severe nonimmunologic anaphylactoid reactions” and described its “current relevance as a ‘hidden’ inductor” of such reactions.

In addition to their presence in vaccines, the FDA allows polysorbates’ direct use in foods (“as adjuvants of flavoring agents or as multipurpose additives”) and also permits an “indirect” food additive role.

Examples of these food uses include as an emulsifier in ice cream and other frozen desserts, as a “solubilizing and dispersing agent” in pickles and as a “defoaming agent” for cottage cheese. The cosmetics and personal care industries make liberal use of polysorbates in skin products and makeup.

Phillips’ 2019 paper includes a medication excipient review. In the review, the authors identify 1,155 FDA-approved medications containing PEG 3350 (one type of PEG) as an active or inactive ingredient, most commonly in “film coated tablets, topical gels, and parenteral [intravenous or injected] steroids.”

In addition, about six times as many FDA-approved medications (N=6,821) contain polysorbate 80 (as either an active or inactive ingredient), mostly in the same types of products as well as in vaccines.

CDC officials maintain that anaphylaxis following COVID vaccination is a “rare event,” but Castells and Phillips, in their 2021 NEJM paper, report that “the incidence of anaphylaxis associated with the Pfizer SARS-Cov-2 mRNA vaccine appears to be approximately 10 times as high as the incidence reported with all previous vaccines.”

They also note that “preexisting sensitization to a component of the vaccine” (such as a PEG or polysorbate excipient) could account for the types of reactions being observed.

Importantly, they not only recommend that patients who have experienced anaphylaxis after a Pfizer or Moderna injection avoid any further exposure to PEG-formulated mRNA vaccines, but also that such individuals avoid “all PEG and injectable polysorbate 80 products.”

Disturbingly, the CDC is ignoring this prudent recommendation. Au contraire — making no mention of the issue of potential PEG-polysorbate cross-reactivity, the CDC, according to a March 1 CNBC report, says “that people who have an allergic reaction to the first dose of either the Pfizer or Moderna vaccine could get the J&J vaccine instead.”

Allergy expert Scott Commins at the University of North Carolina at Chapel Hill endorses the J&J shot as “safe for the overwhelming majority of people with food or environmental allergies.” While conceding that polysorbates are associated with “very rare allergic reactions,” Commins states that because they are so common, “people with sensitivity to polysorbate may already know.”

However, the remarks of an individual who commented on a January STAT news report about vaccine-related allergic reactions illustrate the difficulty that members of the public may have in sorting through these complexities:

“I have stage 4 carcinoid cancer, medically induced diabetes, asthma … I want to take vaccine but have had mild to anaphylactic reaction to meds. Some like Contrast dye with iodine suddenly developed severe reaction after decades of no issues. Had terrible reaction to flu vac yrs ago … I don’t know which meds contain polysorbate or polyethylene glycol to know if I’m allergic to ingredients in vaccine.”

Writing in late January, a month before the FDA’s Emergency Use Authorization of the J&J COVID vaccine, the American Academy of Allergy Asthma & Immunology (AAAAI) stated that there is “no consensus” on how to evaluate a patient’s history of severe reactions to PEGs or polysorbates in advance of vaccination, but noted that “some would argue that [skin] testing to the vaccine is required.”

Although not foolproof (false negatives are possible), skin testing for PEG and polysorbate by an allergist can be informative for people who are uncertain of their allergy status. Some healthcare facilities are now offering such testing.

The AAAAI adds, “If skin testing is positive the individual is not a candidate for the currently available mRNA vaccines,” also stating that skin testing for polysorbate reactivity could become important should the J&J vaccine enter into general use.

Alarmingly, the media are fostering the perception that J&J’s vaccine is “allergy free,” even going so far as to state that “clinics may not need to watch patients for severe reactions for 15 minute after getting the shot.”

Even more sobering, Castells and Phillipps remind us that the uber-healthy individuals typically studied in clinical trials “may not reflect a predisposition to adverse events that may exist in other populations.”

Only time will tell whether the individuals taking J&J’s COVID injection because they believe it to be “allergy free” have been steered in a safe direction.