PMSF, a nerve agent, is used to manufacture HPV vaccines, but it is not supposed to be in the final product. However, new research documents its presence in Merck’s Gardasil and Gardasil 9 HPV vaccines. 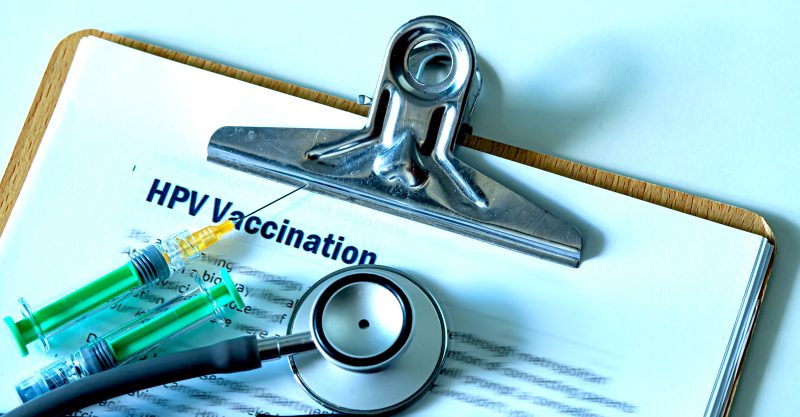 PMSF, also known as toluene, is a serine protease/acetylcholinesterase inhibitor, which means it can act as a nerve agent to inactivate central nervous system functions. When PMSF blocks the enzyme acetylcholinesterase, the result can be uncontrollable firing of motor signals which can manifest as seizures or other biochemical or physiological disorders. PMSF has been used as a nerve agent in biological warfare.

PMSF and AEBSF are used to manufacture HPV vaccines, but are not supposed to be in the  final product and therefore do not have to be listed as ingredients.

However, this new study documents that these toxic organic chemicals are in the final vaccine product and likely initiate the onset of a host of serious adverse events that have been reported following HPV inoculations.

Since these toxic chemicals are not publicly disclosed and are not listed in the package insert, how was it discovered that they are used in the manufacturing process and that they are, in fact, in the final product?

It was first discovered by a mother, Elizabeth O. Schneider, whose son, John, suffered severe adverse reactions as an infant after receiving the Hepatitis B vaccine, Engerix B, in 1993. Schneider was driven to find out what happened to her infant son.

In 1995, Schneider used the Freedom of Information Act to obtain a transcript of the 1988 U.S. Food and Drug Administration (FDA) Advisory Committee meeting at which the Engerix hepatitis B vaccine was approved. Though a lot of information in the transcript was redacted, the identity and use of PMSF was not — prompting Schneider to find out more about the chemical.

After a lengthy process, Schneider obtained patent information for Engerix B, a genetically engineered, recombinant vaccine. The patent (Wijnendaele, et.al. U.S. Patent Document 4,857,317, Aug. 15,1989) indicated that PMSF was used in the extraction and purification of proteins from the yeast culture producing them.

In a 1985 publication by the Center for Drugs and Biologics, the FDA clearly expressed concern about the use and removal of PMSF and other protein derivatizing chemicals “which may lead to undesirable immune responses in recipients of the final product.”

When Schneider further researched the known adverse effects of PMSF (toluene), she discovered that all of the injuries her son experienced were associated with PMSF toxicity. She also learned that the chemical could not be eliminated by people who lack certain drug metabolizing enzymes in the CYP450 pathway.

Her son was such a person. However, Schneider could not move forward with her case because she did not have the resources to analyze vials of Engerix B nor the availability of medical experts to explain the mechanism by which PMSF would get into the final product.

Fast forward to 2006, when Gardasil, another recombinant vaccine with a patent similar to  Hepatitis B, was licensed. Schneider obtained patent information (Jansen, et.al. U.S.Patent Document 5,888,516. March 30,1999) for Gardasil and saw that PMSF was similarly used in the manufacturing process.

Schneider was horrified to see again, following Gardasil inoculations, a multitude of reported serious adverse events which were consistent with known side effects of PMSF.

One victim of Gardasil vaccine side effects was this writer’s daughter, Christina Tarsell, who died 18 days after her third Gardasil injection.

Eager to share her hundreds of pages of research to try to help Gardasil victims, Schneider forwarded the information to me. The evidence was compelling. The government conceded that Christina Tarsell died as a result of her Gardasil vaccinations, based on a somewhat different causal mechanism.

Nevertheless, I continued to pursue qualified researchers to investigate the PMSF theory.

Finally in 2018, Deborah Sullivan, a registered nurse and researcher, was similarly convinced that the theory was highly plausible and likely causally related to the adverse outcomes reported for HPV vaccines. Advancing the theory, however, would require evidence that PMSF and AEBSF are in the final product as well as a science-based explanation as to how they got there

Sullivan vigorously and relentlessly explored the issue further. As a nurse, she had experience observing and treating youth with severe adverse symptoms post-Gardasil vaccination and could confirm that those she investigated had deficiencies in the CYP450 pathway.

Sullivan also had online access to relevant research publications. Among them, she found one documenting how organic solvents like PMSF are readily absorbed by silicones. This  prompted her to contact Dr. Arthur E. Brawer, a well known physician and researcher with  expertise in rheumatology and silicone toxicity. Brawer’s research has shown that silicones  “are hidden toxic ingredients in Gardasil vaccines.”

Through their collaboration, Sullivan and Brawer confirmed the presence of PMSF in Gardasil and Gardasil 9. They also found an explanation for how these volatile organic solvents ended up in Gardasil’s HPV vaccines.

The results of the findings published in this paper break new ground for further research, which we hope will lead to the removal of dangerous HPV vaccines from the market as well as to treatments and justice for the victims.