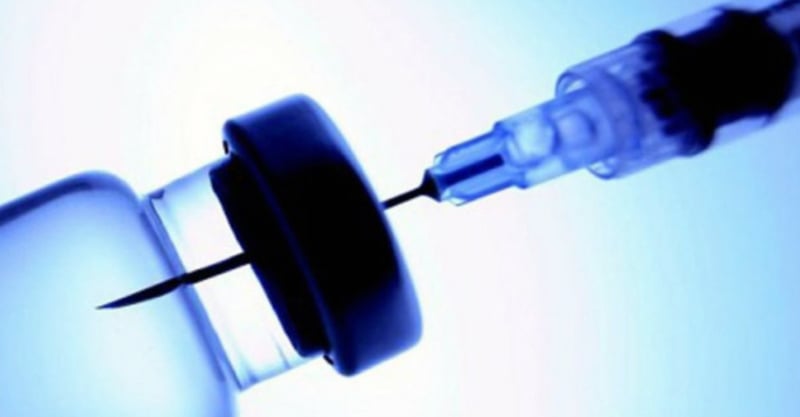 A landmark new study has found metal debris and biological contamination in every human vaccine tested. The study should have profound and immediate impact on public health policies and vaccine industry procedures around the globe.

A team of scientists used a highly sensitive technology—an Environmental Scanning Electron Microscope equipped with an x-ray microprobe—to scan for solid contaminants in 44 samples of 30 vaccines. The researchers reported their results in the International Journal of Vaccines and Vaccination. They found widespread contamination by toxic aluminum salts, red blood cells of unknown origin and inorganic, foreign particle debris in aggregates, clusters and independent particulates. The composition of those clusters, the researchers observe, are consistent with “burnt waste.”

Further analyses of those particles revealed them to be “non-biocompatible and bio-persistent foreign bodies” composed of lead, stainless steel, chromium, tungsten, nickel, iron, zirconium, hafnium, strontium, antimony and other metals. The investigators also identified some particles embedded in a biological substrate, probably proteins, endotoxins and residues of bacteria. The researchers found contamination in 43 of the 44 vaccine samples tested. The authors stated that these contaminants should not be present in any vaccine, and that their presence was not declared by the manufacturers. Ironically, the one sample that came back clean was a veterinary vaccine.

The team of scientists from the International Clean Water Institute, USA and the Italian National Research Council Institute of the Science and Technology of Ceramic materials, and Nanodiagnostics srl, Italy, was lead by Dr. Antonietta Gatti. In interviews with me, Dr. Gatti recounted the history of the investigation:

“Our analyses on vaccines started by accident about 15 years ago when Germany’s University Hospital of Mainz asked us to analyze samples of an anti-allergy vaccine they administered.” The vaccination had caused painful swellings around the injection point, and the formation of wheals that refused to subside. “We analyzed the samples of both vaccines and wheals and found solid particles inside both of them. Those particles should not have been there.”

Dr. Gatti explains that the discovery of vaccine impurities shocked the researchers. “We had never questioned the purity of vaccines before. In fact, for us the problem did not even exist. All injectable solutions had to be perfectly pure and that was an act of faith on which it seemed impossible to have doubts. For that reason, we repeated our analyses several times to be certain. In the end, we accepted the evidence.”

The revelations at Mainz caused the scientists to wonder if the debris problem might be more widespread and whether it might help explain a slew of mysterious adverse vaccine reactions reported by the industry. As an example, the authors quote post-marketing adverse event surveillance data associated with Tripedia (DTaP) vaccine, as reported by the manufacturer in the product insert. These reactions included “idiopathic thrombocytopenic purpura, SIDS, anaphylactic reaction, cellulitis, autism, convulsion/grand mal convulsion, encephalopathy, hypotonia, neuropathy, somnolence and apnea.” According to Gatti, “No satisfactory explanation has been given as to why these adverse events occur.” These questions prompted the researchers to investigate material contamination in vaccine products.

Dr. Gatti and her husband, Dr. Stefano Montanari, are well-known as the discoverers of nanopathologies—diseases caused by micro and nano particles. Dr. Gatti speculated about the fate of the inorganic vaccine contaminants in the human body:

“The particles, be they isolated, aggregated or clustered, are not supposed to be there. … Our tissues perceive these foreign bodies as potential enemies. The biological reactions are expected to be fairly complicated, with macrophages that try to engulf them the way they do normally with bacteria and parasites to form a protein corona. Unfortunately, though, the particles we found in vaccines, are not biodegradable. So, all the macrophages’ efforts will be useless, and depending on the exact chemicals involved, the particles may be especially toxic. Cytokines and pro-inflammatory substances in general are released and granulated tissue forms, enveloping the particles. This provokes inflammation which, in the long run, if locally persistent, is known to be a precursor to cancer.”

Asked to explain how the contamination got into the vaccines, Dr. Gatti replied, “That’s a question we can’t answer. We would need to inspect the laboratories where vaccines are produced, but no pharmaceutical company would allow us to do so.”

Gatti told me that she contacted Sanofi Pasteur, a manufacturer of one of the contaminated vaccines. The company’s only reaction was to dismiss her findings as impossible. Gatti speculates that the companies ignore this type of contamination because regulators are focused only on biological impurities in the manufacturing process.

She said, “Generally speaking, the good manufacturing procedures those laboratories are bound to follow, are focused on organic and biological matter, but disregard inorganic particulates.” Dr Gatti remarked on the researchers’ finding that the animal vaccine (Feligen) was clean of any particulate matter, debris or other contaminants, saying, “It is evidently possible to produce a clean vaccine.”

Gatti told me that she and her research team have reported their alarming findings to the vaccine industry and to Italian health authorities. They urged that regulators and industry begin employing technologies to prevent this kind of contamination. “From my point of view, which is a merely technical one, she said, it’s easy, you learn how to check vaccines … you forbid polluted vaccines to be distributed. This would immediately ensure that producers take appropriate counter-measures, for example, by working in a truly clean environment and carrying out their analyses the way they should be done.”