According to a lawsuit filed last month by Baum Hedlund, Merck’s propaganda campaign played a role in convincing Hayden Shain, then 15, and his mother that he should get the Gardasil HPV vaccine. Once a promising swimmer and straight A student, Hayden is now mostly bedbound. 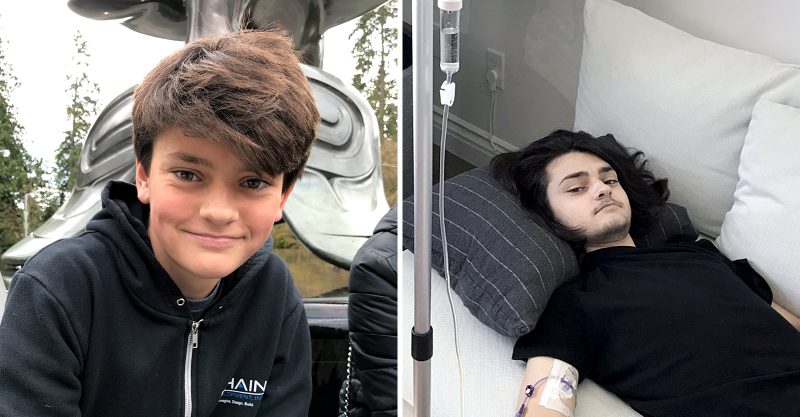 The lawsuit was filed in Superior Court of the State of California, Los Angeles County, on behalf of Hayden Shain. It is the eleventh suit filed by Baum Hedlund and Kennedy on behalf of individuals who allege they were injured by the Gardasil vaccine.

Hayden Shain was a happy teen with an active lifestyle. He maintained straight A’s in school, competed on two swim teams, and had a rich social life with plenty of friends.

Like a lot of teens, Hayden believed he was “doing what was best” for his health by getting the Gardasil HPV vaccine when he was 15 years old.

The decision to get the HPV vaccine haunts Hayden and his mother, Grace, to this day.

“When I think back on the day I received the Gardasil shot, I remember that if this vaccine is ‘effective’ and it will ‘limit the impact of HPV,’ I want to do the right thing for my health and take it,” Hayden said. “I had no idea how destructive it would be. If I knew the risk I was taking, if I knew this is what my life would become, there’s no way I would’ve said yes to the shot.”

Hayden was really excited to start his new journey in high school, but less than a month after the Gardasil injection, he began to experience an array of medical issues that would rob him of most of his teenage years.

A once promising young swimmer with dreams of earning a college scholarship to a top university, Hayden’s severe symptoms prevented him from swimming or attending school.

Doctors have treated Hayden for gastrointestinal issues, chronic fatigue, difficulty concentrating, disorganized thinking, memory problems, inability to stay focused or alert, depression, anxiety and other neurological disorders. His diagnoses include (among others):

Hayden continues to suffer from many of these symptoms and is mostly bedbound. His physical and cognitive limitations have a devastating effect on his daily life and wellbeing.

In addition to Hayden’s case, Baum Hedlund has filed cases on behalf of Abby Stratton of South Carolina, Savannah Flores of Nevada, Korrine Herlth of Connecticut, Kayla Carrillo of California, Michael Colbath of California, Sahara Walker of Wisconsin, Zach Otto of Colorado, Julia Balasco of Rhode Island and two others.

All of these plaintiffs have unique stories but they all share a common thread: They never would have consented to receive this vaccine if Merck had warned them about the true risks.

If you have been harmed by the Gardasil vaccine, you might have a potential claim. Please visit Baum Hedlund Law for a free case evaluation, or call 844-RFK-HPV1.