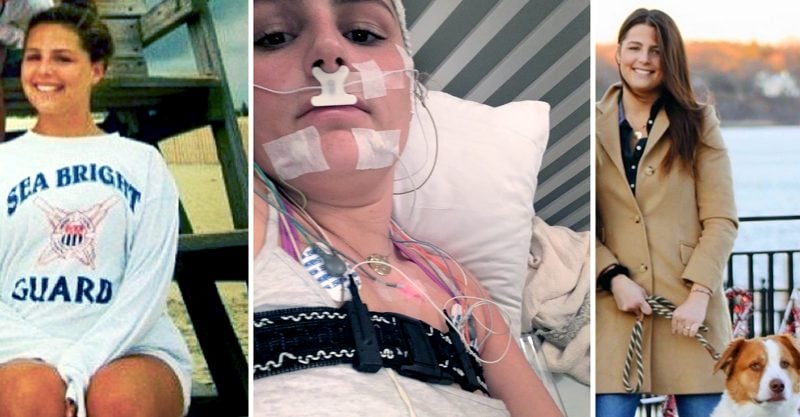 Attorneys from Baum Hedlund Aristei & Goldman and Robert F. Kennedy, Jr., chairman of Children’s Health Defense, filed their 13th lawsuit against Merck over its Gardasil HPV vaccine, this time on behalf of a 25-year-old woman who said the vaccine made her “a shell of what I used to be.”

Before Gardasil, plaintiff Emma Sullivan was a college-recruited swimmer who dreamed of someday becoming a nurse.

After the shot, she suffered from severe health issues that robbed her of the life she worked so hard to build.

Filed in New Jersey State Court, Sullivan’s lawsuit alleges Merck knowingly and actively conceals the fact that Gardasil causes serious adverse reactions and side effects, including autoimmune diseases and, in some cases, death.

Sullivan was a straight-A student who swam competitively, often training for two or more hours each day. After receiving interest from colleges, she decided to attend Villanova University, where she became a nursing student and swam at the club level.

Just before leaving for Villanova, Sullivan received her first Gardasil shot. She was 18 at the time.

Within weeks, numerous health issues began interfering with her daily student life. She was constantly tired and had severe joint and shin pain when she tried to exercise. Her heart raced at random times. She felt jittery, suffered from insomnia and vomited frequently while somehow putting on extra weight.

Things only got worse after the second dose. Sullivan suffered from severe headaches, joint pain, chest pain and nausea. Her vomiting became so bad she had to resort to liquids for nutrition.

Sullivan would experience cramping when on her period that was so bad she had to go to the hospital. She had extreme trouble sleeping. When she was actually able to sleep, her sleep was interrupted with night terrors and sleep paralysis.

These and other debilitating health issues deprived Sullivan of the ability to work and attend school like a normal college student. She missed the second semester of her sophomore year, stopped swimming and was eventually forced to give up her dream of becoming a nurse.

Nevertheless, with a lot of hard work and dedication, Sullivan earned a degree in psychology and graduated with high honors.

“I went from an athlete in peak physical shape to an overweight, overtired person seemingly overnight,” Sullivan said. “For those considering this vaccine, I would urge you to do your own research. I wouldn’t wish my painful experience on anyone.”

This is the 13th lawsuit filed by Baum Hedlund and Kennedy against Merck for knowingly concealing the adverse events associated with its Gardasil vaccine. Others include:

All of these clients have unique stories, but they all agree if Merck had told the truth about the known dangers associated with Gardasil, they never would have consented to the HPV vaccine.

If you or your child suffered harm after receiving the Gardasil HPV vaccine, you may have a legal claim. Please visit Baum Hedlund Law for a free case evaluation, or call 844-RFK-HPV1.