Savannah Flores was a happy, healthy teenager who loved to play basketball — until her health went downhill after two doses of Merck’s Gardasil vaccine. 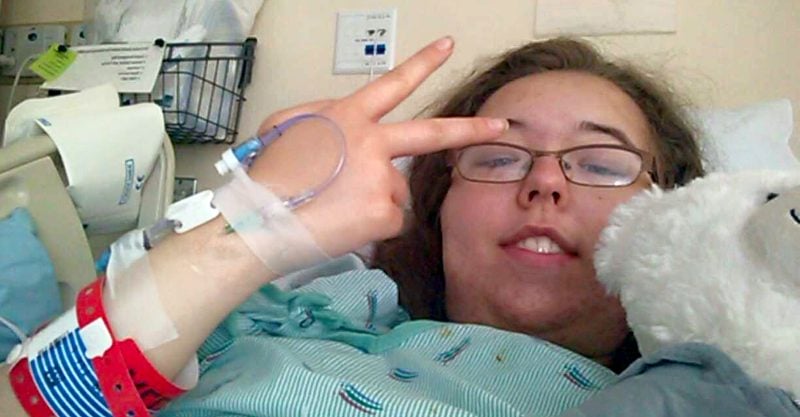 Savannah Flores was a happy, healthy teenager who loved to play basketball at her local Boys & Girls Clubs of America and attend youth camps.

At 14, her doctor recommended the Gardasil vaccine.

Soon after Savannah received her first injection, she developed fatigue, dizziness and nausea. Hair began growing on her face and chest. She received her second Gardasil dose just days after she turned 15. This time, Savannah experienced dysautonomia symptoms, such as trembling, shaking, chest pressure, palpitations and headaches.

Savannah went to the hospital several times due to severe chest pains, dizziness and tachycardia. Her list of health problems grew to include severe migraines, heart palpitations, vertigo and menstrual irregularities, among many others.

In the 10th grade, Savannah had trouble keeping up with classes and briefly required a wheelchair. Her health issues forced her to complete the school year at home.

While Savannah was able to return to in-person learning on a part-time basis as a junior and full-time as a senior, unceasing symptoms and constant doctor appointments came to dominate her academic and social life.

At 19, Savannah decided she wanted to be a teacher. After years of hard work and determination to overcome her symptoms, she earned a job working as a substitute teacher in the Elko County School District in Nevada. She hopes to become a full-time teacher in the future.

This is the ninth Gardasil lawsuit Baum Hedlund and I have filed against Merck challenging the company’s dangerous and defective HPV vaccine for causing severe and life-changing injuries.

In addition to Savannah’s case, we have filed cases on behalf of Korrine Herlth of Connecticut,  Kayla Carrillo of California, Michael Colbath of California, Sahara Walker of Wisconsin, Zach Otto of Colorado, Julia Balasco of Rhode Island and two others.