Scientist Explains Why WHO Investigation Into COVID Origins Was Flawed

In an interview with Independent Science News, Richard H. Ebright, Ph.D., one of the 26 scientists who signed an open letter calling for an investigation into the origins of COVID-19, outlines the many ways in which WHO’s investigation was inadequate. 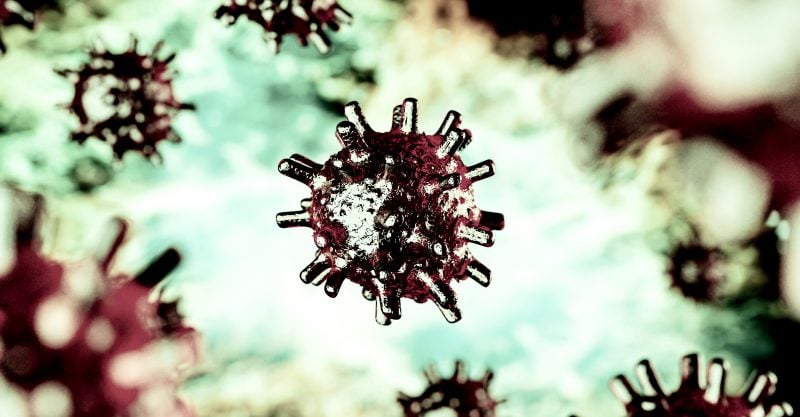 Molecular biologist Dr. Richard H. Ebright, Ph.D. is one of the 26 world scientists who signed the Open Letter: “Call for a Full and Unrestricted International Forensic Investigation into the Origins of COVID-19” — a document released March 4 by the Wall Street Journal and Le Monde that reignited the debate over the pandemic’s origin after the WHO-convened mission to Wuhan.

Board of Governors Professor of Chemistry and Chemical Biology at Rutgers University, Dr. Richard H. Ebright, Ph.D., is also laboratory director at the Waksman Institute of Microbiology and serves as project leader on two National Institutes of Health research grants.

Dr. Ebright is a member of the Institutional Biosafety Committee of Rutgers University and the Antimicrobial Resistance Committee of the Infectious Diseases Society of America. He has also been a member of the Working Group on Pathogen Security of the state of New Jersey, and the Controlling Dangerous Pathogens Project of the Center for International Security Studies. He was a founding member of the Cambridge Working Group, which advocated for biosafety, biosecurity and risk-benefit reviews for gain-of-function research on potential pandemic pathogens.

Independent Science News (ISN): Dr. Ebright, you are one of the 26 scientific signers of the Open Letter that stopped the release of the WHO-convened mission Interim Report and has reopened the CoV-2 origin debate. Do you think the final report of this WHO/China joint team is going to shut down COVID origin controversy?

ISN: You have said several times that this WHO mission was literally “a charade.”

Dr. Ebright: Yes, its members were willing — and, in at least one case, enthusiastic —  participants in disinformation.

ISN: Regarding the inspection personnel, at least one member of the WHO mission team, Ecohealth Alliance President Dr. Peter Daszak, seems to have conflicts of interest that should have disqualified him from being part of an investigation of the origins of the COVID-19 pandemic.

ISN: The Open Letter also lists the elements of “what a full investigation should look like.” So again, Dr. Ebright, if you were in charge of a forensic team to investigate in Wuhan the origins of the pandemic: what would you like to see first? What kind of questions would you ask and to who?

Dr. Ebright: A credible forensic investigation would require access to records, samples, personnel, and facilities at WIV, the Wuhan CDC and the Wuhan Institute of Biological Products. It would entail inspection of electronic and paper records, inspection of freezer and refrigerator samples, environmental sampling of facilities, and confidential interviews with personnel — including previous and current construction, maintenance, janitorial, disposal, security, animal-facility, laboratory and administrative personnel.

ISN: Whenever asked if this virus could have leaked from the Wuhan Institute of Virology, your answer has been: “Yes … This cannot and should not be dismissed.” A study on COVID origin of Dr. Steven Quay, another signer of the Open Letter, calculates the lab hypotheses to be a 99.8% probability.

ISN: But given the fact that lab leak is a possibility, what chance do you give for a natural zoonotic origin of this pandemic?

Dr. Ebright: At this point in time, all scientific data related to the genome sequence of SARS-CoV-2 and the epidemiology of COVID-19 are equally consistent with a natural-accident origin or a laboratory-accident origin.

ISN: What would you say to the scientist who declined to comment on the Open Letter because it does not come from virologists?

More important, COVID-19 affects every person on the planet. Not just virologists.

ISN: Dr. Ebright, you are a microbiologist and molecular biologist, what light can you shed on this matter from your fields of expertise?

ISN: I guess that is why the second point of the Open Letter research proposal is precisely to create a multidisciplinary team.

Dr. Ebright: It is crucial that any team reviewing the issues include not only research scientists, but also biosafety, biosecurity and science policy specialists.

ISN: What biological evidence regarding the structure and behaviour of SARS-CoV-2 points to a pure zoonosis? And what to the lab theory?

Dr. Ebright: The genome sequence of the outbreak virus indicates that its progenitor was either the horseshoe-bat coronavirus RaTG13, or a closely related bat coronavirus.

Bat coronaviruses are present in nature in multiple parts of China.

But bat coronaviruses are also collected and studied by laboratories in multiple parts of China, including the Wuhan Institute of Virology.

ISN: So for you there is still a fifty-fifty chance?

Nevertheless, there are three lines of circumstantial evidence that are worth noting.

ISN: A remarkable coincidence. The last one?

Dr. Ebright: Third, the bat-SARS-related-coronavirus projects at the Wuhan Institute of Virology used personal protective equipment (usually just gloves — sometimes not even gloves) and biosafety standards (usually just biosafety level 2) that would pose very high risk of infection of field-collection, field-survey or laboratory staff upon contact with a virus having the transmission properties of SARS-CoV-2.

ISN: The lab leak hypotheses, as raised in the Open Letter, should address four possible scenarios that do not imply genetic manipulation in a gain-of-function (GoF) experiment. But this chance cannot be excluded. Dr. Ebright, when the pandemic started you declared: “There’s absolutely nothing in the genome sequence of this virus that indicates the virus was engineered.” Would you reassert this today?

Dr. Ebright: The genome sequence of this virus shows no signatures of human manipulation.

ISN: But Dr. Ralph Baric, who is considered the U.S. leading expert in coronavirus, so he probably is the world one, says that it is possible to engineer a virus in a lab without leaving a trace of the manipulation.

ISN: The chance that CoV-2 is a GoF virus does not imply that the leak could have occurred during a bioweapons program. Open Letter signatories do not address this scenario, that you firmly exclude. Be that as it may, Dr. Ebright, as a longstanding opponent of biological weapons proliferation (Nature: Jan. 24/02 & Jan. 15/12) and Founding Member of the Harvard “Cambridge Working Group Consensus Statement on the Creation of Potential Pandemic Pathogens (PPPs)”, does the current crisis demand a new debate and moratorium on these highly risky experiments, and this time with a more international engagement?

ISN: What went wrong for the Cambridge Working Group thesis during the 2014-2016 USA official moratorium and deliberative process on Gain-of-Function Research of Concern (GoFRoC)?

Dr. Ebright: The director of the National Institute of Allergy and Infectious Diseases (NIAID) and the director of the National Institutes of Health (NIH) have systematically thwarted efforts by the White House, the Congress, scientists and science policy specialists to regulate GoF research of concern and even to require risk-benefit review for projects involving GoF research of concern.

ISN: Proponents of GoF experiments with PPPs have won all the debates of the last decade. But I wonder why some of its most prestigious critics are keeping now such a low profile, when not a thunderous silence. And I am thinking of one of the leading organizers of the Cambridge Working Group: the Harvard epidemiologist Dr. Marc Lipsitch, who in 2018 was still warning that influenza GoF studies could provoke a pandemic on a scale never seen before.

Dr. Ebright: The silence of some former leaders of the Cambridge Working Group has been disappointing.

ISN: It was, by the way, reading the cited Dr. Lipsitch paper that I came to know that perhaps the first experimental effort to create a PPP in a lab was the 2005 study titled: “Characterization of the reconstructed 1918 Spanish influenza pandemic virus.” Dr. Lipsitch wondered about it: “Whether it was wise to construct a virus that was historically associated with the worst pandemic in modern history.” Do you remember this concrete GoF study? Are you aware, fifteen years after, of any positive outcome of it? In conclusion, Dr. Ebright: was it wise to do it?

And no, the work has not yielded information useful for preventing pandemics or responding to pandemics.

ISN: Drs. Imperiale and Casadevall, both Cambridge Work Group Board Members, echoed last summer: “Most experts who have been studying and discussing preparedness agree that the source of the pathogen does not significantly change the nature of the response.” Is that right, Dr. Ebright, or maybe the outcome of knowing CoV-2 origin could have saved lives?

Dr. Ebright: Understanding the origin of SARS-CoV-2 is not crucial for responding to the present pandemic. But it is crucial —absolutely crucial — for preventing future pandemics.

ISN: Regarding prevention, it was precisely Dr. Peter Daszak, with a renewed grant from the NIH, now to target deadly viruses in South Asia, who stated in August 2020: “We’re going to work in remote parts of Malaysia and Thailand to get to the front line of where the next pandemic is going to start.” Now, though Dr. Daszak is not openly cited in the March 4 Open Letter, he is clearly the WHO team member with a more biased vision and unresolved conflict of interest when it comes to inspecting a possible leak in the Wuhan Institute of Virology. So going back: if the origin of COVID-19 was a lab accident, GoF or in between, this would change the narrative of the whole pandemic, and so the measures that should be taken to prevent another one: like, for instance, keeping crackpot scientists far away from deadly viruses. Am I wrong?

Dr. Ebright: You are not wrong.

ISN: Thank you for your attention, Dr. Ebright. 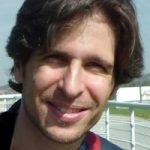 Jorge Casesmeiro Roger is a freelance journalist and author based in Spain.