Two investigations are underway, one by WHO and one by The Lancet's COVID-19 commission. Peter Daszak, EcoHealth Alliance president, is involved in both, despite his ties to the Wuhan Institute of Virology and involvement in controversial gain-of-function research. 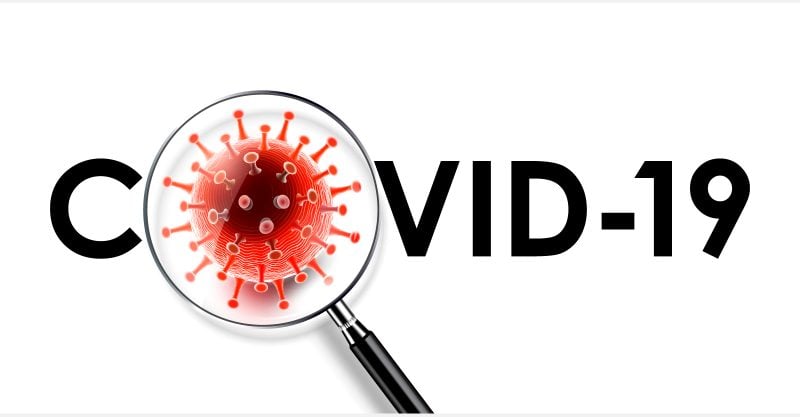 In January 2021, after months of political tension and red tape, a 10-person team from the World Health Organization arrived in Wuhan, China to investigate the origins of SARS-CoV-2, the virus that causes COVID-19. Wuhan is known as the epicenter of the global pandemic and, arguably, the most important research into COVID-19, outside of finding a cure, is how the pandemic started.

There are currently two such investigations underway — one by WHO and another by The Lancet’s COVID-19 commission — but both are essentially “fake,” as they’re riddled with conflicts of interest.

Namely, Peter Daszak, EcoHealth Alliance president, is part of both of these investigations, despite working closely with the Wuhan Institute of Virology — the laboratory in question that possibly leaked the virus — and dozens of others on controversial gain-of-function research, which involves manipulating pathogens, including coronaviruses, to make them more infectious or lethal.

Daszak told The Associated Press in November 2020 that SARS-CoV-2 could have passed from a wildlife poacher to a trader who brought it to Wuhan.3 He also has openly and repeatedly dismissed the possibility of the pandemic being the result of a lab leak.

WHO has no plans to investigate possible laboratory leak

Will the WHO team thoroughly investigate WIV and its potential role in COVID-19? A scientific audit and review of safety measures would seem to be a routine activity, according to Mark Woolhouse, an epidemiologist at the University of Edinburgh speaking with The Associated Press.

But, the AP noted, “According to WHO’s published agenda for its origins research, there are no plans to assess whether there might have been an accidental release of the coronavirus at the Wuhan lab.” Taking it a step further, GMWatch reported that Daszak “has already poured cold water on calls for a forensic investigation”:

“An article in Science quotes him as saying, ‘Some of the more anti-China rhetoric that’s out there, about, we need to go into the lab and look at the video cameras, this sort of thing, that’s not realistic, that’s not what happens.’

“This prompted Richard Ebright of Rutgers to comment, ‘Daszak’s claim that calls for a thorough and credible investigation, as opposed to a cursory and conflict-ridden investigation, are ‘anti-China rhetoric’ is self-serving nonsense.’”

Although the Chinese government already approved WHO’s 10-member investigatory team, some were initially denied entry into Beijing, prompting WHO to issue a “rare” criticism. Still, their “investigation” is centered on reports from Chinese scientists rather than an actual independent investigation. As The Wall Street Journal reported:

“Given that Chinese authorities have been slow to release information, penalized scientists and doctors who shared clinical and genomic details of the novel coronavirus, and have since demonstrated a keen interest in controlling the narrative of how the virus emerged, this is not a promising foundation for WHO’s investigation.

“… critics are concerned that it doesn’t have the expertise for an investigation that would examine possible lab origins. Dr. David Relman of Stanford University, who raised the possibility early on that the virus might have leaked from a lab, told us:

“‘Based on the scant information that has been shared publicly about the WHO investigation, it doesn’t appear that WHO has adequately represented the range of views and perspectives of key stakeholders or incorporated all needed forms of expertise.’”

WHO investigator wants to karaoke with wuhan lab director

Another clue that WHO’s investigation won’t touch WIV is Daszak’s close ties to Shi Zhengli, Ph.D., the director of WIV’s Center for Emerging Infectious Diseases, also known as “bat woman.” She has been studying bat-borne viruses since 2004, including SARS-like coronaviruses.

According to the World Society for Virology, “One of her great contributions is to uncover genetically diverse SARS-like coronaviruses in bats with her international collaborators and provide unequivocal evidence that bats are natural reservoirs of SARS-CoV.”

EcoHealth Alliance also used millions of dollars of a sub-grant from the University of California at Davis to fund a gain-of-function experiment by Shi and colleague Ralph Baric from the University of North Carolina at Chapel Hill, involving the use of genetic engineering to create a “new bat SARS-like virus … that can jump directly from its bat hosts to humans.”

Now here’s where it gets really interesting. According to Baden-Mayer in the previously linked gain-of-function research article above:

“The work, ‘A SARS-like cluster of circulating bat coronaviruses shows potential for human emergence, published in Nature in 2015 during the NIH’s moratorium on gain-of-function research, was grandfathered in because it was initiated before the moratorium … and because the request by Shi and Baric to continue their research during the moratorium was approved by the NIH.

“As a condition of publication,Nature, like most scientific journals, requires authors to submit new DNA and RNA sequences to GenBank, the U.S. National Center for Biotechnology Information Database. Yet the new SARS-like virus Shi and Baric created wasn’t deposited19 in GenBank until May 2020.”

In case there were any doubt of their close ties, The Sun, a tabloid paper in the U.K., featured a Twitter conversation in which Daszak “appears to say he is looking forward to an alcohol-fueled karaoke party in a bat cave with Shi Zhengli,” GMWATCH noted.

Daszak tweets, “Looking forward to that special moment when we hit the baiju and the karaoke with Zhengli & Linfa [likely referring to Wang Linfa, aka ‘batman,’ another bat researcher and WIV’s chairman of scientific advisory].” He adds, “Right now a party in a bat cave sounds just right to me!!”

Is it a coincidence that when SARS-CoV-2 first emerged in Wuhan, China, the EcoHealth Alliance was providing funding to WIV to collect and study novel bat coronaviruses — and now Daszak has been the primary expert chosen by the mainstream media to explain the origin of the pandemic as being zoonotic in nature?

You be the judge, but in November 2020, U.S. Right to Know, an investigative public health nonprofit group, reported that emails obtained via Freedom of Information Act requests prove Daszak played a central role in the plot to obscure the lab origin of SARS-CoV-2 by issuing a scientific statement in The Lancet condemning such inquiries as “conspiracy theory.”

Five other members of The Lancet Commission also signed the Feb. 18, 2020, Lancet statement, which puts their credibility in question as well. Meanwhile, a number of government officials have given credence to the lab-origin theory, including U.S. deputy national security adviser Matthew Pottinger, who in January 2021 stated that the lab-escape theory is the most credible, based on a growing body of evidence.

A fact sheet released by the U.S. Department of State on Jan. 15, 2021, further calls on WHO investigators to access WIV’s records that related to research on bat and other coronaviruses prior to the COVID-19 outbreak:

“The U.S. government has reason to believe that several researchers inside the WIV became sick in autumn 2019, before the first identified case of the outbreak, with symptoms consistent with both COVID-19 and common seasonal illnesses.

“This raises questions about the credibility of WIV senior researcher Shi Zhengli’s public claim that there was ‘zero infection’ among the WIV’s staff and students of SARS-CoV-2 or SARS-related viruses.”

The previously undisclosed information in the fact sheet notes that accidental laboratory infections have caused several previous virus outbreaks and the Chinese government has prevented investigators and journalists from interviewing WIV researchers. What’s more, WIV researchers have been conducting experiments involving the bat coronavirus RaTG13 — the closest known relative to SARS-CoV-2, with 96.2% similarity — since at least 2016.

Alina Chan, a molecular biologist at the Broad Institute of Harvard and MIT, has been outspoken about China’s apparent efforts to hide information about the source of SARS-CoV-2. According to Chan, the database on bat and mouse viral pathogens, which had been managed by Shi, has been taken offline, restricting scientists and researchers’ ability to analyze the potential origins of SARS-CoV-2.

The U.S. Department of State fact sheet also states, “As part of a thorough inquiry, they [WHO investigators] must have a full accounting of why the WIV altered and then removed online records of its work with RaTG13 and other viruses.”

Other reports claim that WIV was carrying out research infecting humanized mice with a novel bat SARS coronaviruses in 2019, and years earlier a video was released showing WIV scientists working with little or no protective gear while working with live viruses. According to GMWATCH:

“The Chinese news report was meant to showcase the work of Shi Zhengli and her WIV team but what comes across … is ‘a shocking disregard for safety when handling potentially infectious bats both in the wild and in the lab.’ As a result of this lax attitude, WIV bat researchers end up getting bitten and scratched by virus-laden bats, as is clear from the video, which even shows one researcher’s arm swelling after a bat bite.”

Given the glaring need for a thorough and independent investigation into a possible laboratory leak, many have called for Daszak to step down from the WHO investigatory team, as evidence ramps up that a laboratory leak cannot be ruled out.

In an editorial published in the Journal of Human Security, Colin Butler of the Australian National University, a former WHO adviser who not only worked in China but also previously worked with Daszak, argued there is “striking” evidence that COVID-19 may have leaked from a lab.

If the theory is proven, Butler concluded, “then it should be considered an equally powerful, indeed frightening, signal that we are in danger, from hubris as much as from ignorance.” As for Daszak, Butler noted, “He probably sincerely believes in his work but he has built an empire around the idea that zoonoses [animal to human infections] are the most important thing in the world.”